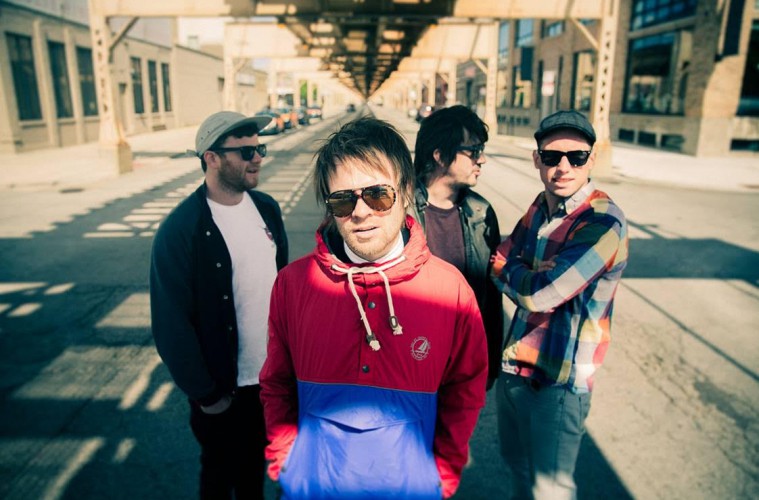 St Albans heroes Enter Shikari have partnered up with Faber Music to announced details of a career-spanning lyric book.

Rou Reynolds and co. will put out Dear Future Historians (which is named after their 2015 track of the same name) later this year, with the book set to be an anthology and explanation of the lyrics behind each individual Enter Shikari track.

According to the band’s official website, “Dear Future Historians’ is a 192 page deluxe limited-edition hardback book featuring rose gold foil inlay cover, sexy end papers plus a dainty page-finder ribbon. As well as containing the lyric to each and every Enter Shikari song released since Take To The Skies right up to November 2016’s Hoodwinker, it also features extensive notes and essays by Rou on the inspirations behind many of the tracks, all stunningly illustrated with colour and black & white photos and artwork from across the years. This edition is limited to just 2000 copies worldwide.”

Dear Future Historians comes out on 6 March, which is also when the band will conduct a signing event at Waterstones. Get your copy here.