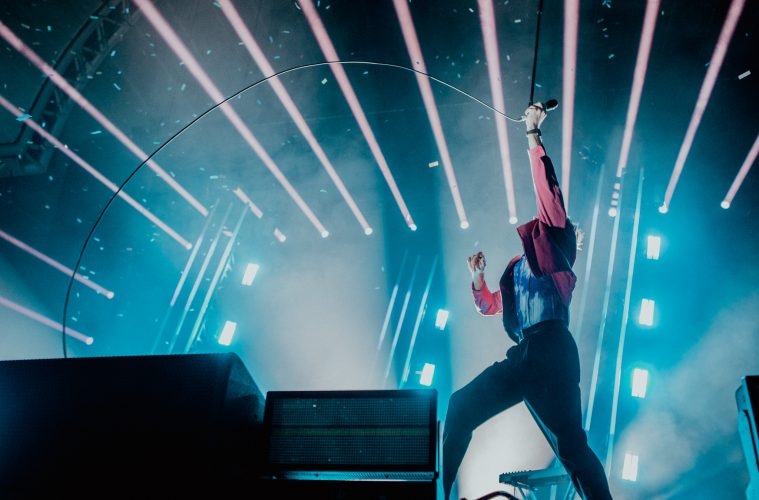 Enter Shikari in London: Proving That Everything is Possible

Gearing up to headline a twice rescheduled Alexandra Palace show, St Albans juggernauts Enter Shikari hit just about every speed bump they could in the 24 hours prior. Not only did bassist and backing vocalist Chris Batten catch COVID-19 a mere day before the show, but support act Dinosaur Pile-Up met a similar fate and had to pull out of the show at short notice, being replaced by Trash Boat (who joined Nova Twins as openers). As drummer Rob Rolfe reported on his Instagram on Sunday, the band and its crew ended up having to pull multiple all-nighters to put on a Palace-worthy show without Chris onstage, and boy did they deliver. Using a recording of Batten’s vocals and bass from a previous warm up show (plus a few extra catchphrases for good measure), Rou Reynolds and co. were able to avoid canceling and make this year’s Ally Pally show as legendary as ever, complete with stellar light show and setlist sporting material both old and new. The building’s foundations shook as 10,000 fans moshed, sang and danced. It was soon apparent that the band’s hard work had not been in vain. Leave it to Enter Shikari to prove that indeed, everything is possible. ANIECK VAN MAAREN