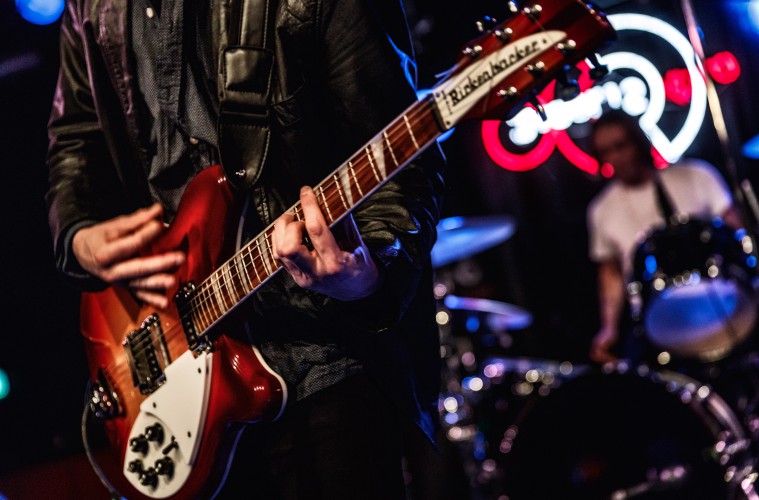 Next week, Groningen will welcome some 40,000 visitors and 4,000 industry professionals as the Dutch city transforms itself into the musical capital of Europe for four days. Eurosonic Noorderslag will not only play host to upwards of 350 performances (30 of which we’ve highlighted here), but it’ll also see a multitude of showcases, private events, conferences, gripping debates and two spectacular awards shows. Today, we’re taking a look at six of the most interesting fringe (a term we’d like to use loosely) events which are worth your attention in Groningen next week.

What is it? According to its website, “The European Festival Awards is an illustrious celebration of the continent’s most vibrant live events and all of those who make them happen. With a set of attendees as eclectic as they are respected, the European Festival Awards is widely considered to be the premier event for recognising the industry’s collective achievements.”

When is it? The ninth European Festival Awards take place Wednesday the 17th, which is first day of Eurosonic 2018. They start at 7pm and go on late into the night.

What can I expect? Performances by some of Europe’s most widely acclaimed new acts, as well as the handing out of awards to some of the continent’s best and most captivating festivals. Previous winners have included the likes of Rock Werchter, Mad Cool Festival and the indoor Reeperbahn Festival.

What is it? Altersonic is one of the many unofficial events set to take place in Groningen during the Eurosonic week, and this year it’s once again being spearheaded by Muzine, KeyMusic, IndiePlant and Pinguin Radio.

When is it? It takes place on the final night of Eurosonic 2018, namely Friday the 19th. You can find Altersonic on the city’s main square at De Drie Gezusters, a popular local café.

What can I expect? Expect performances by some great unsigned or unrecognized talent, including the likes of Ten Years Today, Ray Novacane and Walden, the latter of whom will also appear at Pinkpop Festival in June. You’ll also find part of the All Things Loud team behind the DJ decks at random intervals from 11pm onwards, and we’ll be spinning some of the hottest indie, psych and garage rock tunes until late into the night. Check out last year’s aftermovie below.

What is it? The Platosonic Coffee & Music Sessions will see ESNS 2018 artists perform short acoustic/electric sets in the local Plato store during each festival day in front of an intimate audience. If your schedule means you’ll have to miss a certain act, then make up for it by checking out their afternoon session.

When is it? The sessions take place on the second and third days of Eurosonic, namely the 18th and 19th.

What can I expect? Stripped back and intimate performances by the likes of Velvet Volume, Yungblud, Sam Fender and Pip Blom. Check out fan-filmed footage of Bastille performing a session of their own in 2013.

What is it? We think this sums it up well enough: “The European Border Breakers Awards (EBBA) are about breaking down borders and recognising emerging European rock, pop and dance artists who achieved success in other countries than their own. To do this, 10 European artists will receive an EBBA during a spectacular TV-show presented by BBC-legend Jools Holland.”

When is it? As with the European Festival Awards, the EBBAs also take place on the first day of Eurosonic 2018 – Wednesday the 17th from 18:45 onwards.

What can I expect? Awards handed out to the likes of Sigrid, Off Bloom, Youngr, ALMA and six more hot talents, as well as an appearance by the legendary Jools Holland on hosting duties. Check out footage of AURORA performing at last year’s awards below.

What is it? As per the Eurosonic website: “Did you ever do something so stupid you could have died? This is your chance to celebrate your fuck-up. Together with big names from the festival and music industry we encourage everyone to share their worst, biggest and most stupid experiences. Why? Because there is no success without fuckups. Innovation is all about trial and error, so why only celebrate the positive outcomes? Come and laugh, share your failures and see who will receive Innofest’s FuckUp Award.”

When is it? This panel takes place on the second day of Eurosonic 2018, Thursday the 18th. It starts at 16:30 and you can find it in the Panel Room of Groningen’s De Oosterpoort.

What can I expect? Plenty of entertaining stories about well and truly fucking it up at a festival. You might recognize panellist Eric van Eerdenburg (pictured) as the man behind Lowlands Festival, too. WHY THE MUSIC INDUSTRY HATES STORYTELLING

What is it? As per the Eurosonic website: “Storytelling and content marketing: every industry talks about them except one: the music industry. Sites for festivals look like homepages of telecom companies. Sites of bands are deadly brochures full of meaningless blah blah. And why? Because they’re only interested in the sales of tickets and albums. What can the music industry learn from real estate fairs and technological companies? And how did the French band Indochine and American surf rockers from Switchfoot put themselves on the map again with storytelling.”

When is it? This panel takes place on the final day of Eurosonic 2018, Friday the 19th. It starts at 15:00 and you can find it in the Panel Room of Groningen’s De Oosterpoort.

What can I expect? Thought-provoking discussions on what we, as an industry, can gain from making efficient use of storytelling in the marketing of artists. Listen to the aforementioned Indochine below.

Eurosonic Noorderslag 2018 takes place from the 17th till the 20th of January in the Dutch city of Groningen, and you can head here to buy tickets and find out more. We’ll be bringing you full and uninterrupted coverage of the entire festival, so keep an eye out on our homepage for all the latest news.