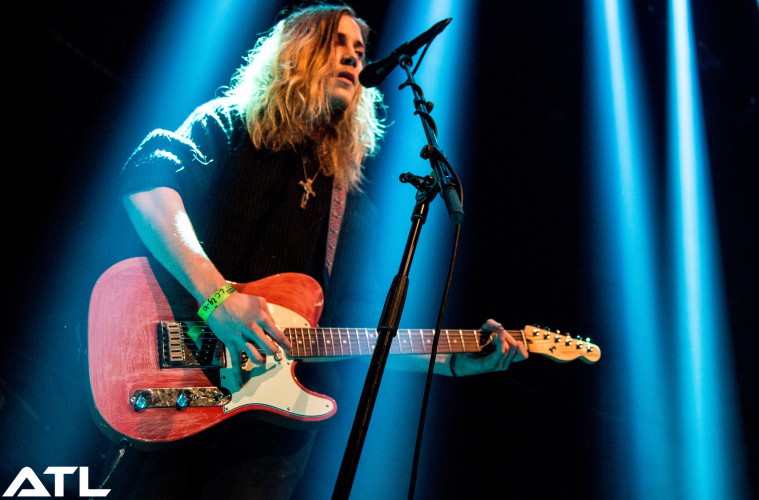 Earlier this week, we brought you a set of ten recommendations for next month’s massive Eurosonic Noorderslag showcase festival. Over the course of four days, upwards of 200 artists from across the European continent will descend upon Groningen to display their crafts before thousands of bookers, label executives, playlisters and tastemakers. With such a vast array of music on offer, there’s definitely some absolute blinders in the mix. Our previous set of recommendations (which featured the likes of Arcane Roots and HMLTD) focussed primarily on the riffs, pits and stadium anthems, so today we’re shifting our attention away from guitars and placing them firmly on infectious grooves, hypnotic melodies and perfect pop.

If Dua Lipa’s success last year is anything to go by, then you could easily conclude that Eurosonic is the perfect breeding ground for the big popstars of tomorrow. That may very well be the case once more in 2018 when Danish songstress Sigrid takes to the stage twice. The 21-year-old vocalist has been making waves slowly but surely throughout the last year, blowing up well and truly when she put out the slow jam Don’t Kill My Vibe. Its arena-ready chorus and slick production both lend themselves well to Sigrid’s sickly sweet voice, one which has enabled her to stand out amongst many contemporaries. If new hit Strangers doesn’t get you moving when she hits Groningen, then you just don’t get it. Sigrid is a star in the making, and you’ll be hard pushed to avoid her in the coming months. Wednesday, Stadsschouwburg, 23:00-23:45 & Thursday, Grand Theatre, 20:00-20:45

You probably haven’t heard of Altin Gün before, but allow that to change when the Dutch/Turkish collective take to the stage of Huize Maas on Eurosonic’s final night. Fronted by the eccentric and vocally acrobatic Erdinc Ecevit Yildiz, with a live band featuring the prolific Nic Mauskovic alongside Ben Rider, Altin Gün are your best bet when getting down to some sweet psychedelic groove. The Turkish influence on their music has allowed them to deviate from the traditional pitfalls of standard psychedelic rock, instead enabling them to stand out. A night spent in the company of Yildiz and co. is a night spent well, something you should find out for yourself next month. Friday, Huize Maas, 23:45-00:30

Sister trio Velvet Volume are one of the many Danish acts set to stand out and make a huge impact at Eurosonic this year, with their infectious indie punk having already seen them compared to the likes of Pins, Honeyblood and Gurr. Speaking of their music, the trio described it as “intuitive, instinctly kinda aggressive”, a description which certainly makes far more sense once you listen to standout track Look Look Look! Allow Velvet Volume to entertain you with a set full of no-bullshit punk rock and pit-ready riffs, both of which are combined with a hefty dosage of stadium-ready choruses. Wednesday, Huize Maas, 22:15-23:00

Dream pop singer-songwriter Nana Adjoa is the latest in a steady stream of Dutch artists set to impress at Eurosonic next month, with her debut EP Down at the Root already sparking a flame of interest from across various facets of the Dutch music industry. Her delicate vocals lend themselves well to an underlying mixture of trip-hop, indie pop and delicate acoustic folk, all of three of which combine to form an attractive USP for Adjoa. Check her out before she undoubtedly grows, because you’ll regret it otherwise. Friday, Huize Maas, 20:00-20:45

Fun fact about Austrian outfit NIHILS: their five most popular locations are all in either Central or South America, with Mexico City leading the way alongside Sao Paolo and Buenos Aires. Quite an achievement for a band who have slowly but surely made a name for themselves locally since their first release back in 2014. The source for their widespread appeal in Latin territories is likely down to the success of Urban Contact’s take on their popular single Help Our Souls, which has amassed more than 27 million streams on Spotify alone. Plenty of reason to go check them out, right? Case closed. Friday, Mutua Fides, 22:15-23:00

There’s not much that we can actually tell you about Spanish musician L.A., not least because his internet presence is practically invisible. Despite that, though, it seems to be the case that the time has come for his sunny tunes to leave the confines of Spanish speaking nations and allow him (real name Luis Alberto Segura) to spread his wings and fly. Get on it. Thursday, Huize Maas, 21:30-22:15

EUT is the brainchild of Dutch singer-songwriter Megan de Klerk and her tight band, having just rounded off a successful stint as part of the travelling Popronde festival. With only two songs available to stream, there isn’t much you can conclude from EUT apart from De Klerk’s sickly sweet vocals and her band’s jangly mix of indie pop and garage rock. It carries with itself a sense of nonchalant quirkiness, and there isn’t an awful lot which sounds like it at the moment. 2018 is going to be a good year for Dutch music, with EUT set to help lead the way when they take to the stage in Groningen next month. Saturday, De Oosterpoort, 01:00-01:45

London’s Nilüfer Yanya has been hammering away at the path to recognition for just shy of three years now, with a debut album yet to see the light of day. Despite that, though, she’s already got an impressive back catalogue under her belt in the form of 2016’s Small Crimes EP and this year’s Plant Feed follow-up. Popular track Keep on Calling combines eerie backing howls with Yanya’s soulful and hypnotic vocals, one which sounds as confident and powerful as it does fragile and breakable. Her set at Eurosonic may well be the final push she needs before making it big, so don’t be surprised if you start hearing a lot more from her in the coming months.

Post-punk trio Husky Loops are one of very few artists whose live reputation stands so tall that you find yourself mesmerised by it for months on end. Having recently toured with British legends Placebo, you could say that the London outfit really are on the cusp of greatness. Their obscure mix of post-punk rhythms and an almost funk-like groove have enabled them to sound like absolutely no one else, something which is always good if your first big crowd of 2018 consists of Europe’s most important music executives. “If it needs to happen, it’ll happen naturally” sing the band on standout track Secret Matilda, and something tells us that Eurosonic will be exactly when it happens for Husky Loops. Thursday, All Round Poolcentrum, 22:15-23:00

Closing out our second set of Eurosonic recommendations is British singer-songwriter Isaac Gracie. There isn’t much that you need to know about him in order to be mesmerised by his serene vocals, so let’s just allow the music to do all the talking. Friday, Lutherse Kerk, 00:00-00:40

Check back at the start of 2018 for our third and final set of Eurosonic recommendations. Eurosonic Noorderslag 2018 takes place from 17-20 January in and around Groningen, and you can head here for more information. You can listen to a playlist featuring all 20 of our Eurosonic 2018 recommendations so far below.