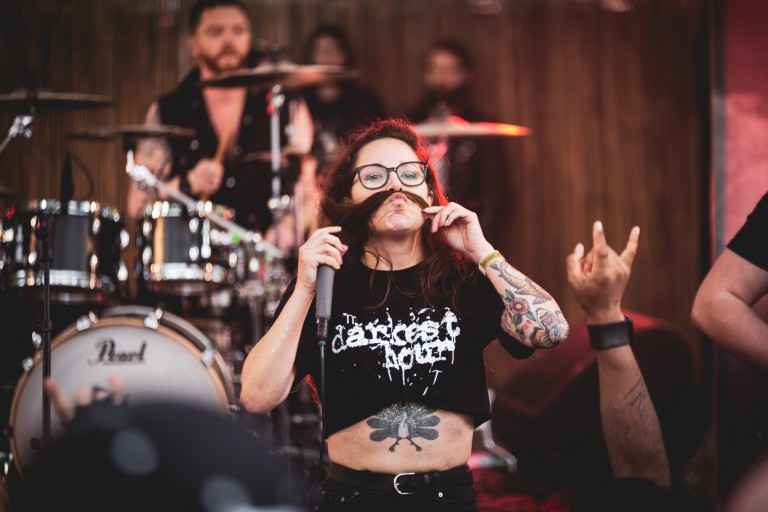 EUROSONIC 2019: A Final Glimpse of What to Expect

Starting tomorrow, Groningen will welcome some 40,000 visitors and 4,000 industry professionals as the Dutch city transforms itself into the musical capital of Europe for four days. Eurosonic Noorderslag will not only play host to upwards of 350 performances (18 of which we’ve highlighted here), but it’ll also see a multitude of showcases, private events, conferences, afterparties, gripping debates and awards shows. Today, we’re taking a final look at what you can expect from Eurosonic, including a fringe event which is almost as big as the festival itself. To switch things up, we’re summing it all up one sentence at a time.

black midi are the hottest thing to come out of London since Harry Kane. Wednesday, Vera, 23:45

This is a fringe event which forms out part of the massive Pinguin Radio sessions, featuring The Family Dog, Vulpynes and a DJ set from All Things Loud’s Jack Parker. Thursday, De Drie Gezusters, 17:00-03:00

FOR I AM KING

There isn’t much heavy music on offer in Groningen, which makes bands like For I Am King all the more exciting to check out. Saturday, De Oosterpoort, 22:45

If The Velvet Underground were still around today, they’d undoubtedly take Rotterdam’s captivating Lewsberg out on tour with them. They’re not around anymore, though, so you’ll have to make do with the next best thing… Saturday, De Oosterpoort, 23:30

Manchester’s uplifting Cassia could start a party in an empty room. Not that they’ll need to worry about that happening in Groningen, though. Wednesday, News Cafe, 00:50