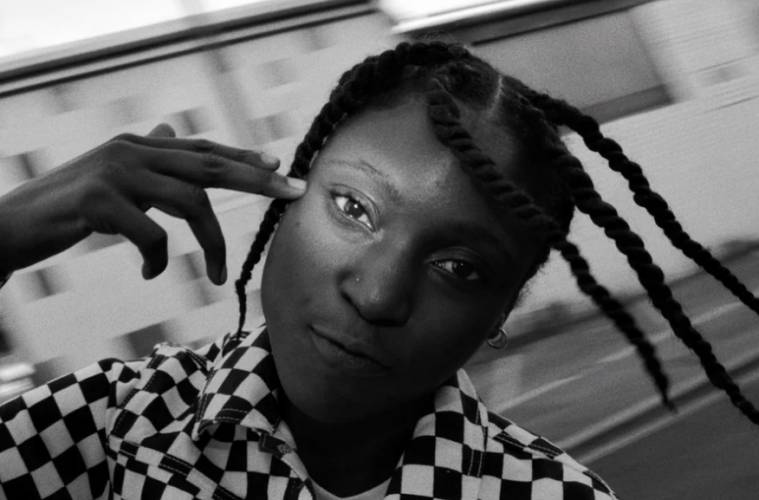 Earlier this week, we brought you a set of five recommendations for next week’s massive Eurosonic Noorderslag showcase festival. Over the course of four days, upwards of 200 artists from across the European continent will descend upon Groningen to display their crafts before thousands of bookers, label executives, playlisters and tastemakers. With such a vast array of music on offer, there’s definitely some absolute blinders in the mix. Our previous set of recommendations (which featured the likes of Sports Team and Pip Blom) focussed primarily on (local) indie talen, so today we’re shifting our attention away from guitars and placing them firmly on infectious grooves, hypnotic melodies and perfect pop.

There’s something quite spectacular about London rapper Flohio. The South London MC has been on many critics’ radars for the best part of 2018, so it shouldn’t come as a surprise that her set at Eurosonic next week will serve as somewhat of a make or break moment. Breaking through on a visceral, beat-driven mix of social commentary and heart-on-your-sleeve confessions, Flohio has risen up the ranks faster than a drone’s ability to shut down national airspace. Standout track Bands displays her ability to produce an incredibly tight flow over HLMNSRA’s solid production, waxing lyrical about Grenfell Tower (“Grenfell tower couldn’t burn me out, and I send mad love to who’s mourning now”) and societal issues in modern day South London. Rappers don’t come more authentic than Flohio, so keep your eyes and ears open in Groningen next week for her show-stopping set. Friday,  Platformtheater, 23:00

Bülow is the perfect example of an internationally minded teenager-cum-bedroom popstar adjusting to the constant feeling of change in her life. Having just completed high school in the Netherlands and spending her youth growing up in five different countries, Bülow’s (first name Megan) success is testament to her ability to adapt, observe and progress. Debut EPs Damaged Vol. 1 and Damaged Vol. 2 showcase her sickly sweet vocal tone effortlessly, standing out in particular on popular single You & Jennifer and also garnering her a collaboration with upstart rapper Duckwrth. There have been comparisons to the likes of Clairo and Sigrid, but Bülow is quite frankly in a league of her own. Find out for yourself in Groningen. Friday, Machinefabriek, 21:05

Although you probably aren’t aware of it yourself, Pavvla is quite a big deal back home in Spain. Starting out as an actress in the popular TV show La Riera, Pavvla (real name Paula Jornet) has grown to embracing music, releasing two studio albums and racking up millions upon million of streams in her home country. Sophomore album secretly hoping you catch me looking places lofty emphasis on minimalist beats, soothing vocals and a sense of sonic comfort which you don’t hear often. There are similarities to the likes of Billie Eilish and Vök in her instrumental constructions, yet it’s her voice which stands out above all and places a classic Pavvla imprint on proceedings. One to watch, that’s for sure. Thursday, Doopsgezinde Kerk, 20:15

“Yeeeeeeeah, now I can feel it. Today is the day I’m gonna have seeeeeeeeex” sings Alien Tango‘s Alberto on the aptly titled Sexy Time, an infectious indie disco banger about, well, having sex. The track is lathered in quirkiness from the moment Albero’s opening wails echo through the speakers, so it shouldn’t come as too much of a surprise that everything about Alien Tango is fun-filled. The Murcia, Spain project consists solely of Alberto in the studio, with three musicians (and occasionally a skeleton) joining him onstage. There’s a hell of a lot of fun to be had at an Alien Tango show, and performing in front of a room full of eagle eyed industry figures will do little to change that. Wednesday, Huis de Beurs, 23:00

Belgium has seen a resurgence in cutting-edge rap and hip hop coming to the forefront, and blackwave. are most certainly leading the way. The Antwerp-based collective have been burning up the national scene for the best part of two years now, hitting an early peak on the David Ngyah collaboration Elusive, a track which has racked up some five million streams to date. However, it’s on standout track Whasgood?! where we hear exactly what blackwave. are all about – tight rhythms, solid beats and a tangible sense of vocal brotherhood from fronting duo Will and Jay. Live they’re accompanied by an expansie backing band, adding an added sense of oomph to an already powerful force. Friday, Huize Maas, 22:15

Check back this weekend for another look at moments you can’t miss. Eurosonic Noorderslag takes place from 16 to 19 January in Groningen. Head here for details.