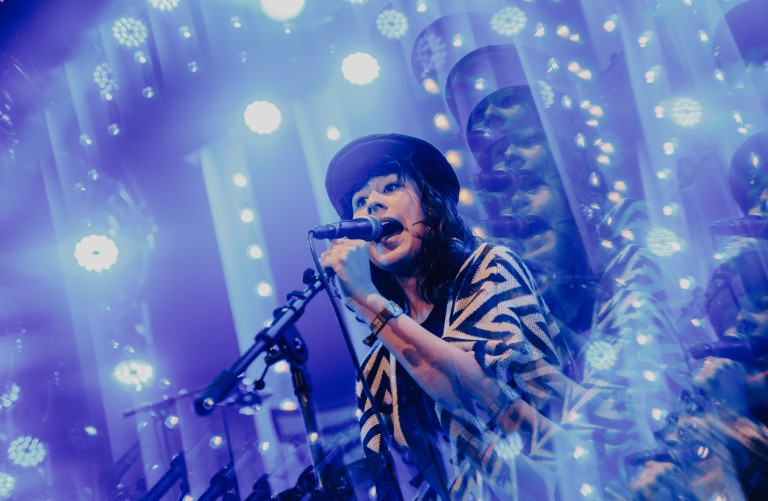 Come mid-January, the entirety of the European (and much of the worldwide) music industry will relocate to one of the unlikeliest of hotspots: the Dutch city of Groningen. The Northern hotspot will once again host the year’s first big industry event, Eurosonic Noorderslag. The showcase festival presents industry executives, bookers, managers, the press and some 35,000 visitors with the best new music that Europe has to offer. Previous editions have lit the flame for the likes of Dua Lipa, Sigrid, Nothing But Thieves, Franz Ferdinand and Enter Shikari, with this month’s edition also offering a line-up filled with some of the most intriguing, hotly anticipated future prospects around right now. We’ve scoured the finest musical experiences which Groningen has to offer between 16 and 19 January, and for the first part of our Eurosonic Noorderslag preview we’ve picked five things you can’t miss.

If Dua Lipa and Sigrid’s Groningen success in recent years are anything to go by, then you could easily conclude that Eurosonic is the perfect breeding ground for the big popstars of tomorrow. That may very well be the case once more in 2019 when English songstress Bishop Briggs takes to the stage. Briggs, real name Sarah McLaughlin, has risen up through the ranks over the years, moving to Los Angeles in 2015 in a bid to kickstart a career in music. Four years, two EPs and one debut album later and you could suggest that this was most definitely a fruitful decision, her blues-tinged pop bangers racking up hundreds of millions of streams to date. Key track River is a sultry blend of RnB and soul, lathered in handclaps and Briggs’ powerful voice. She’s a star in the making, and you’ll be hard pushed to avoid her in 2019. Thursday, Simplon, 22:15

Sports Team are the kind of band who you’d gladly introduce your parents to over dinner. Comprised of six charming musicians, the band initially met one another at Cambridge University before relocating to Harlesden as they cut their teeth performing across country and (soon to be ex-)continent. Fronted by the enigmatic Alex Rice, Sports Team have carved out a nice niche for themselves within the London scene, churning out quirky indie rock which finds a nice balance between slacker and slick. Debut EP Winter Nets was one of 2018’s strongest offerings, and with a full LP on the way at some point this year it’s safe to assume that 2019 will definitely be Sports Team’s year. Don’t believe us? Then enter their fun-filled world and see for yourselves… Friday, Huis de Beurs, 21:15

EUT is the brainchild of Dutch singer-songwriter Megan de Klerk and her Amsterdam-based band, having just rounded off an incredibly successful 2018 which saw them release debut album Fool For the Vibes whilst touring their home nation relentlessly. This time last year, the band were in the midst of preparing an appearance at Eurosonic’s Dutch day – Noorderslag – and now they’re back as part of the main programme. With only one record to their name, you can conclude from EUT that De Klerk’s sickly sweet vocals and her band’s jangly mix of indie pop and garage rock are an absolute force to be reckoned with. It carries with itself a sense of nonchalant quirkiness, and there isn’t an awful lot which sounds like it at the moment. 2019 looks to be a good year for Dutch music, and EUT are set to help lead the way when they take to the stage in Groningen later this month. Thursday, Barn, 22:35

“Hypnotic analog dance music” are the four words which prolific musician Nic Mauskovic used to describe The Mauskovic Dance Band, one of the latest in a long line of new projects. And he’s not wrong, because The Mauskovic Dance Band is by far one of his most energetic and perkiest experiments to date alongisde the Latin-tinged Bruxas his role in Jacco Gardner’s live band and former band Altin Gün. Allow Mauskovic and his dance band to take you on an edibles-worthy journey as they transform Groningen into a psychedelic, afro-Caribbean paradise. Friday, Huize Maas, 01:15

The fourth day of Eurosonic Noorderslag is generally reserved for Dutch music, but every now and then you’ll find artists who fare so well in foreign territories that they’ll also appear during the continental part of the week (see EUT). Amsterdam’s Pip Blom is one such example, having toured the UK and received backing from BBC Radio 6’s Huw Stephens in the four years since she started recording and putting out her sweet, jangly garage pop. As Dutch acts go, Pip Blom seems to be making quite the impression outside of her home country (something which not every local act is capable of, so hats off to her). A big part of this will be down to the success of new EP Paycheck, which has come out right on time for a year-defining set at Eurosonic. Thursday, Kokomo, 00:10

Eurosonic Noorderslag takes place from 16-19 January 2018 in and around the centre of Groningen. You can head to their website for more information surrounding ticketing, accommodation and all the conferences and showcases which take place throughout the week.