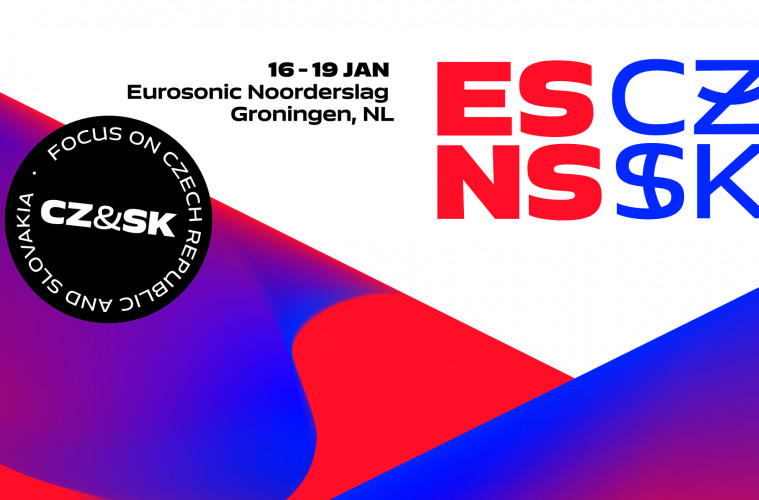 EUROSONIC 2019: A Second Look At This Year’s Focus Nations

Every year, Eurosonic Festival likes to shift its general focus towards a particular country, or set of countries, in promoting all of the music Europe as a continent has to offer. Last year, the Groningen bash paid additional attention to Denmark with performances by the likes of Sigrid, Velvet Volume and Iceage, with the former going on to dominate stages across the world. This time round, Eurosonic has shifted focus once more and headed for central Europe, more specifically the Czech Republic and Slovakia. Both nations will form 2019’s musical focus, meaning that more artists appearing at the festival will come from these countries over any of their continental counterparts. Two weeks ago we took a look at a handful of promising Czech acts (read that here), and so today we’re going to offer you a glimpse into the six Slovakian artists set to impress in Groningen.

One thing which instantly springs to mind when having a sonic scan through the list of promising Slovak acts set to appear at Eurosonic next month is the amount of intricately constructed, IDM-leaning music on offer. Much can be said about Bratislava’s Autumnist, a vibrant electronic project helmed by Vlado Ďurajka. His music is lathered in immaculately crafted hip hop beats, caterwauling folk rhythms, waspy synths and gloomy vocals, all of which combine to form an irresistibly impeccable whole. Together with a live band, Ďurajka is able to bring Autumnist’s highly experimental music to life while adding that extra level of sonic oomph which is sure to make his Eurosonic live show one to remember. Expect the unexpected, because when it comes to Autumnist there’s a surprise waiting at every corner.

Some people may say that there are certain artists whose music quite honestly isn’t for the faint hearted, and it’s safe to assume that the Slovak/Danish duo Tittingur comfortably falls under this rule. Dominik Suchý and Matúš Mordavský make music which stabs at your soul like a moth to a flame, leaving no prisoners with their brash synth textures and violently pulsating rhythms. Key track Apart / Together is a dynamic example of this, injecting elements of noise rock into their avant garde blend of techno and electronic music. Note that ‘electronic music’ is a very broad term here, though, as Tittingur’s music isn’t afraid to make the leap into multiple experimental offshoots. Despite all the noise, their music does possess a certain sense of identity which is equal parts hard to place and easy to recognise. Their set at Eurosonic is likely to be one of the festival’s most absurd, but also one of the most unmissable.

Our Stories are the kind of band who you really need to see live to ‘get’. Sure, their instrumental blend of post-rock, shoegaze and black metal might sound like the love child of Explosions in the Sky at their most melodic and Deafheaven at their softest, but there’s something about this band which needs to be seen to be believed. Take the track Half Numb Generation, for example. Over the course of four minutes, the Slovak collective take the listener on a momentous journey through the skies, and it’s one littered with vibrance, intensity and serenity. Lilting guitars morph into the sonic equivalent of a swashbuckling sword at moment’s notice, and the percussion often has a hard time keeping up with its abrasive tempo changes and pent-up aggression. The result? A beautiful sonic combination which is worth every moment of your time.

Much like Our Stories, Bratislava’s The Ills have managed to carve out a melodic niche of their own in the post-rock corner. They’re one of very few bands who will perform at Eurosonic for a second time, having impressed with their intense sonic experimentation so much during their 2017 appearance that they’ve been asked to return as part of this year’s Slovakian focus. Although their music does take the opportunity to go all-out and explode, there is a more prominent sense of restraint to their sound which contemporaries like Explosions in the Sky also thrive on. Standout track 4:17 finds strength in its calmer moments, allowing the band to explore the intricacies of their music before letting their hair down. Much like most other post-rock bands, The Ills’ are a sight to behold and one which you can’t miss in Groningen next month, so it’s no wonder that they already have the backing of the likes of KEXP, NPR and the BBC.

And now for something completely different: B-Complex, the so-called DJ Queen of Slovakia. Through her releases on Hospital Records, B-Complex (real name Matia Lenický) has managed to make a name for herself across the world in various drum and bass circles, something which has enabled the producer to rack up millions upon millions of streams on Spotify alone. Top track Beautiful Lies (which has eight million streams to date) is a mix of chopped up vocals, vintage keys and uptempo percussion which ticks all the right boxes whilst still sounding fresh and inventive. Some may say that there isn’t much room for flexibility in the world of drum and bass, but B-Complex is the kind of artist able to prove any and all doubters wrong.

Closing out our second – and final – focus list are groove-laden trio Nvmeri. The Slovak trio – who have received backing from The 405 and Clash in the past – possess the ability to blend different strands of pop music into one another, forming an irresistibly soulful and funky whole. Popular track Short of Oxygen flitters between upbeat sections and slower passages, maintaining your attention from start to finish as you begin to find that there’s no way of knowing what’s next. It thus shouldn’t come as a surprise that Nvmeri are one of just two acts to have ever won the Critics Choice prize at the Radio_Head_Awards. Prepare your body to get down and groove, because that’s exactly what Nvmeri will make you do.

Eurosonic Noorderslag takes place from 16 to 19 January 2019 in the Dutch city of Groningen. Head here for more details, and listen to a playlist of all Czech and Slovak artists set to appear below. Visit the official website for Eurosonic’s Czech and Slovak focus here.