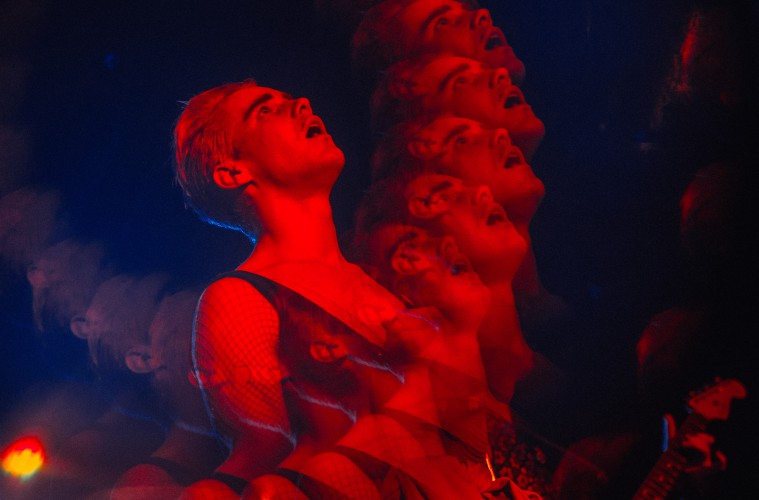 Despite having an extremely solid line-up to boot, Eurosonic’s second day fell victim to one of the more unfortunate talking points: the weather. Code red storms plagued the nation as a selection of artists were forced to call of their appearances at Europe’s hottest showcase festival. Despite this, though, a multitude of artists overcame the conditions to pull off exciting sets. The evening kicked off slightly earlier, with industry showcases and social drinks taking place throughout the city. Of these, Sony Music’s new signing TRAUDES impressed crowds at local bar Blokes, utilizing a fresh and vigorous mix of funk, RnB and soul. Dutch quintet EUT also stood out over at V2 Records’ collaborative event with Radar Agency. Both acts’ sets demonstrated the extremely high quality of Dutch pop music in this day and age, something which is worth noting as we go into a packed release year. The truly international, EBBA Award winning Alice Merton kicked off proceedings over at Huize Maas later that evening, packing out the room as executives from some of Europe’s biggest festivals watched on. Merton’s backstory involves multiple countries and nationalities, and hit track No Roots is testament to this global appeal which she executes so well. Alice Merton is the kind of artist who you’d expect to be seeing on bigger and bigger stages year upon year, so don’t be all too surprised if you can’t get her irresistible bangers out of your head. Down the road at the Allround Poolcentrum, Luxembourg’s District 7 presented a sparse crowd with a rare (by Eurosonic standards) dose of cheerful pop-punk a la Simple Plan. London’s Husky Loops followed them, taking to the pitch black stage and remaining largely away from the light for the duration of their intense set. From the moment the first lasers directed themselves towards an absolutely jam-packed room, it seemed as if absolutely nothing could go wrong; and it didn’t. Husky Loops may well be the discovery of the festival. Over in the legendary Vera, London’s HMLTD performed a set which almost seemed as if it wouldn’t go through. Earlier that day, the six-piece shared that all flights to and from Amsterdam had been cancelled, with the band in desperate need of an alternative to make it to Groningen on time. Luckily, their flight made it in the end and the band took to the stage to prove exactly why they’re one of London’s hottest. Set opener Is This What You Wanted? incorporated some 80s drum patterns and sultry vocals, before the Western-tinged To the Door proved that HMLTD are worth every inch of attention they can get. A battering ram by the name of Stained proved a highlight, although this word should really be reserved for the frenetic and schizophrenic Kinkaku-Ji, which flittered in all directions like a storm under little control. Swiss collective Zeal & Ardor followed on the same stage for their second Eurosonic set, performing a near-identical show to the one at Huize Maas the night before to an equally packed Vera. They brought the second day of Eurosonic to the best possible ending, one which was both invasively brutal and serene in all aspects.