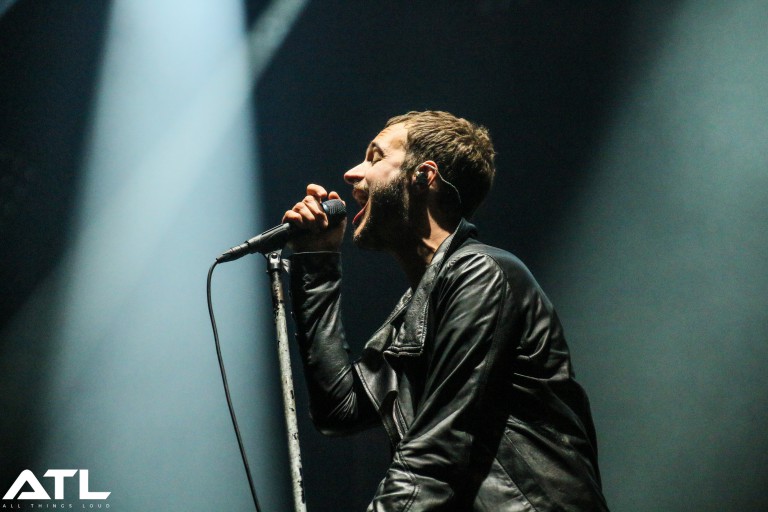 Canadian outfit Weaves opened proceedings on Stage Five, taking their witty dream rock to Hilvarenbeek and absolutely slaying the stage. Frontwoman Jasmyn Burke had the crowd in the palm of their hand as they hung on her every word, all the way from catchy banger One More through to new single Tick. There’s a big future out there for Weaves, that’s for sure. Stockport rockers Blossoms followed over on Stage Two, further justifying all the hype which has surrounded them and only grown at an exponential. Hot on the heels of a show supporting The Stone Roses, the five-piece descended upon Hilvarenbeek for an hour filled with solid psychedelic rock. Set highlight Charlemagne received a huge reaction from the packed tent, with both the band and crowd leaving with their senses ultimately satisfied.

Oxfordshire indie pop outfit Glass Animals took to Stage One at the height of the day’s obscene weather conditions, performing tracks from upcoming sophomore album How to Be a Human Being. Lead single Life Itself was an early standout, encompassing African groove rhythms and funky undertones as frontman Dave Bayley wailed his way through the track. Once the new record comes out, it’ll be inevitable that Glass Animals will conquer one way or another. Over on Stage Five, English kid Rat Boy performed one of the day’s best (and most chaotic) sets. From ska-flecked upbeat tracks to in-your-face punk bangers, Rat Boy (who hails from Essex) had it all. Even his own cameraman ended up crowdsurfing as a result of an absolutely chaotic wall of death executed by Rat Boy himself. Sounding like a more bratty and raw version of Jamie T, Rat Boy is definitely heading in the right direction. Continuing the British ‘lad culture’ trend on Stage Two were Sleaford Mods, who are essentially an establishment hating exercise in how to really not give too much of a fuck. Nothing more needs to be said, really.

Yesterday, Dutch outlet 3voor12 posed a very simple question: what’s more annoying than Bloc Party? Their answer: Bloc Party in the rain; a band who are very good at ruining their own classics supposedly. Although the writer of the article definitely shares a few good points, it’s important that Bloc Party are essentially a whole new band; a tribute to their former selves with two new members, if you will. Set opener Virtue instantly encompassed electronic synth elements and funk beats, both of which are a world away from their former indie rock. When the old Bloc Party popped up, for example on Helicopter, it seemed as though surviving frontman Kele Okereke had made his mind up: he didn’t want to play the classics anymore, he just wants to move forward. And that’s okay, because no band is perfect and Bloc Party 2 are far from it. Over on Stage 3, Samm Henshaw played one of the day’s most exhilarating shows as he hit Hilvarenbeek with a solid dosage of blues rock, funk and soul which climaxed early in the magnificent Autonomy (Slave).

With the festival’s second day completely sold out, it was up to French duo Air (and their live band) to warm up a chilly Hilvarenbeek for headliners Editors. Dressed in matching white outfits, Nicolas Godin and Jean-Benoit Dunckel took to the stage and kicked straight into the groovy Venus, before Sexy Boy echoed seamlessly throughout Hilvarenbeek’s beachy surroundings. The slow jam is a perfect accompaniment to Best Kept Secret’s all-round chill vibe, with Air being treated like returning heroes throughout the set. One Belgian football supporter even had a go at invading the stage, standing in front of the band for a whole minute before a security guard even bothered to turn around. Destroyer followed Air over on Stage Two, with Dan Bejar bringing a big band along for the stunning ride they went on. Set opener Bangkok slotted perfectly into following track Chinatown, both songs alone proving that the fuzzy-haired Bejar and his band are absolutely stunning to watch. Brass was a big part of the show, with Destroyer’s saxophonist on complete top form. The tent was packed, the vibe was there and the show was just purely unforgettable.

Editors took up the task of headlining Stage One, heading up their first ever Dutch festival. Outside of the Holland/Belgium region you couldn’t even consider Editors as a headline band; in the Benelux, though, Editors are massive. Last year’s In Dream was accompanied by three sold-out shows at the Heineken Music Hall, with the band selling some 16,500 tickets across all three nights. When the band took to the stage in Hilvarenbeek, the heavens instantly opened and a hoodie-clad Tom Smith took to the stage alone for show opener No Harm. The set, which drew heavily from In Dream, featured all the hallmarks of a stunning Editors show: pyrotechnics, fireworks and enough passion and energy to make other bands jealous. Editors are an absolutely sublime live band, something which they further proved with the fire-laden Sugar, emotive The Racing Rats and set highlight Papillon. The hit single is extended to an 8-minute long epic onstage, culminating in a near-rave situation which saw not a single soul standing still. It can only go one way from here on out for Editors, and that’s upwards. Let’s not even get started on Ho99o9, who subsequently tore up Stage Five after Editors left the stage.