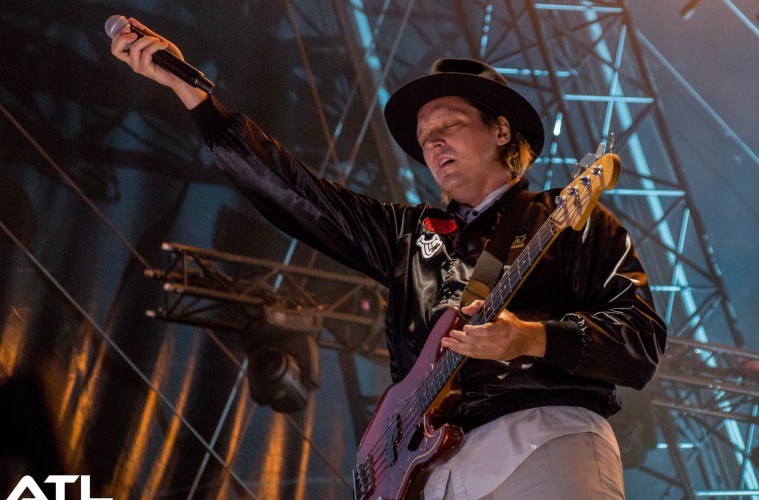 FESTIVAL REVIEW: Arcade Fire Are a Band For the Ages at Best Kept Secret

“On and on, and I know what I want; on and on , and I know what I want”. It’s a line which had been repeated throughout the second day of Best Kept Secret Festival, in particular during the time that the legendary Arcade Fire commandeered the stage. Despite this, though, the aforementioned lyrics tell plenty of logical tales in regards to the attitude which surrounded the second day of Holland’s premier alternative/indie festival: get down, know what you want to see and make the most of it. The day saw a headline set courtesy of Arcade Fire, as well as big shows by Cloud Nothings, The Boxer Rebellion and Whitney. Canadian singer-songwriter Andy Shauf had the honour of opening the whole festival day with a serene lunchtime set on Stage THREE. Shauf put out most his most recent album The Party last year, and it’s an album full of top-notch songwriting and Shauf’s smooth yet somewhat melancholic vocals. His hour-long set pulled a decently sized crowd, one which didn’t cease to exist as the set went on. British outfit The Amazons opened Stage ONE not too long after, having just put out their critically acclaimed self-titled debut album. Frontman Matt Thomson knows all too well how to commandeer a stage, utilizing his powerful live vocals to draw in a smallish crowd. Standout tracks In My Mind and Black Magic went to prove that The Amazons are a band for the future, and maybe even a bill-topping one at that. Chicago’s very own Whitney followed on Stage TWO, bringing the utmost musical beauty to an absolutely packed tent which went on as far as the eye could see. Set highlight Golden Days incorporated vocalist/drummer Julien Ehrlich’s catchy voice, whereas final track No Woman incited the festival equivalent of a standing ovation. It can only get bigger and better for Whitney, and that’s a certainty. One band who didn’t manage to pull off as much of an impressive set as Whitney were Ohio collective Cloud Nothings, whose dense indie rock came across like a damp squib. The watered down indie rock trend continued on Stage ONE as The Boxer Rebellion hit the stage. Frontman Nathan Nicholson has one hell of a strong voice, however it didn’t come across as exciting as initially hoped. New album Ocean by Ocean was well-represented during the set, with the U2-esque opener Big Ideas actually ending up carrying the whole show. Singer-songwriter George Ezra followed on the same stage, actually performing a set much more intriguing and entertaining than people had previously thought. Sporting a colourful shirt and performing in front of a leafy backdrop, Ezra presented Hilvarenbeek with tracks from his as-yet-unannounced sophomore studio album. 2014s Wanted on Voyage was well represented, with hit single Budapest unsurprisingly serving as the first big highlight of the festival day. It certainly wasn’t to be the last highlight though, with Arcade Fire topping today’s bill by means of an absolutely spectacular set. New album Everything Now comes out next month, with its lead single of the same name taking cues from ABBA thanks to its infectious piano melody and relentless groove. Show opener Wake Up instantly injected bouts of euphoria into the 15,000-strong crowd, with the sun going down slowly but surely as the band careered into a blistering set. Early highlights Here Comes the Night Time and No Cars Go showcased two polar opposites of the band, with the former switching on the party vibes and the latter elevating Win Butler and co. to stadium-ready heights. The band only performed two tracks from the upcoming new album, including Friday’s new release Creature Comfort. The track incorporates gritty synths and booming rhythms alongside suicide-referencing lyrics. Live, the track synced straight into early hit Neighbourhood #3 (Power Out), which may well have been one of the highlights of the whole set alongside the seven-minute long Reflektor and manic finale Rebellion (Lies). Arcade Fire are one of the best bands this century has seen, and there isn’t much stopping them from reaching even bigger heights.