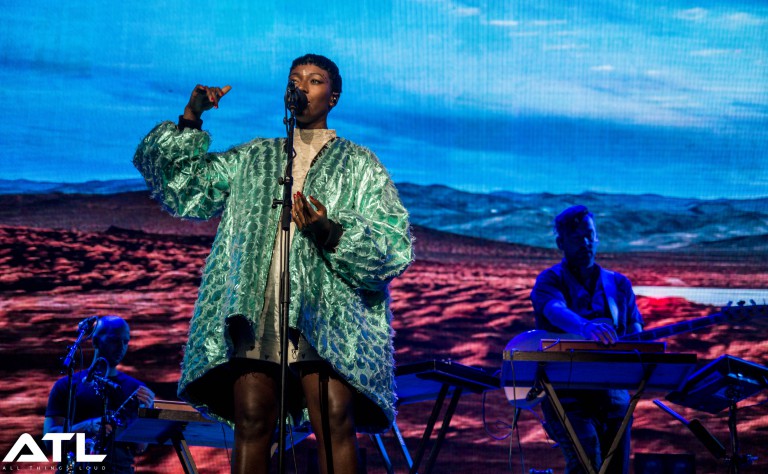 Another weekend, yet another set of festivals. This weekend sees a fine set of events across the Benelux and Germany, including big shots Hurricane & Southside, as well as hardcore two-dayer Jera on Air and this weekend’s main focus: Down the Rabbit Hole. The Beuningen bash is now in its fourth year, having boasted the likes of The Black Keys, Foals, The National and PJ Harvey in the past. This year’s festival is one for the books, presenting itself as an event which has something for everyone. German electro trio Moderat closed out the first day, with the likes of POND and Cage the Elephant also making their mark.

Australian songstress Julia Jacklin opened the day with her serene voice over on the rehomed Fuzzy Lop stage, which has been relocated to a far flung corner of the ever-changing festival site. Last year’s debut album Don’t Let the Kids Win featured heavily, with an early highlight appearing in the form of the twinkling Leadlight, a track perfectly suited to Jacklin’s serene voice. The tent filled up nicely throughout, making for a nice start to what looks set to be a busy weekend. Kentucky rockers Cage the Elephant caused the first major bout of chaos of the day, bringing the critically acclaimed Tell Me I’m Pretty to life in front of a packed tent. Set opener Cry Baby instantly enabled the sleepless guitarist Brad Shultz to descend into the crowd, making his way deeper into the tent with every wailed, Mick Jagger-esque note that came out of vocalist brother Matt’s mouth. There’s an air of rawness to Cage the Elephant’s live show which is seldom seen in alternative music anno 2017, with new acoustic album Unpeeled set to showcase a more sensitive side to the band when it comes out at the end of July. There are many directions in which this band could go in, however onwards and upwards seems the only logical one.

Aussie hotshots POND took over the Teddy Widder stage during the later stages of the afternoon, having recently traded their oddball psychedelia in for a healthy dose of pop-infused rock which did nothing in holding back chaotic frontman Nick Allbrook. Allbrook, formerly of Tame Impala fame alongside fellow POND member Jay Watson, descended into the crowd during second track Elvis’ Flaming Star, a groove-based rock’n’roll banger far removed from the music POND makes nowadays. Newer single Sweep Me Off My Feet made for an anthemic moment in the set, before older, scuzzier cuts all featured in sharp succession. They may not be the direct heirs to the Australian psychedelia throne, but they certainly come close. Indie folkers Bear’s Den didn’t manage to light as many sparks as POND, bringing their slightly watered down and (now becoming) dullish live show to a relatively full Hotot. Fellow Aussie Tash Sultana brought her sublime solo show to a packed Teddy Widder, one which played witness to her loop system skills and seamless ability to interconnect different sounds and layers to form one coherent whole. Popular track Jungle was a main example of this, with Sultana slowly but surely adding layer upon layer to proceedings before everything came together as one magnificent whole.

The bulk of the evening seemed to have been reserved by forward-thinking electronic music, starting with producer Bonobo and his eccentrically stunning live show, one which was bathed in lucid video screen productions depicting surreal landscapes. These visuals accompanied Bonobo’s set well, with the man himself (the British Simon Green) positioning himself towards the back of the stage as his band took centre stage. New album Migration (out now via Ninja Tune) translated very well into the packed Hotot, one which was longing for more after Green and co. left the stage. Apparat and Modeselektor hybrid Moderat had the honour of headlining the festival’s first day in flourishing style. The trio took to the stage just before 11pm as they were bathed in layers of smoke, throwing popular track A New Error into the set early on and sending out a signal of defiance to all other acts appearing throughout the day: Moderat will make you move like no other. And they seemed to this with little difficulty. Punkers Slaves closed out the first day in rowdy fashion, utilizing the political commentary on new album Take Control to provide Beuningen with show-stopping renditions of the scuzzy Cheer Up London, synth-infused STDs/PHDs and manic closer The Hunter. Laurie Vincent and Isaac Holmes tend to do everything in their power to get the crowd moving, and they did so last night with minimal effort and maximum impact, just like they always do.

Down the Rabbit Hole continues today with sets from Fleet Foxes, Soulwax and SOHN.