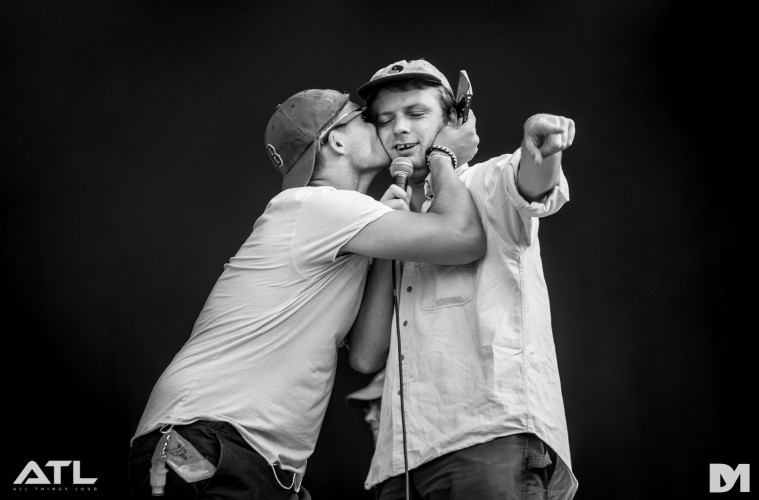 FESTIVAL SEASON: Six Acts To Look Out For at Pohoda Festival (PART ONE)

Have you ever heard of Pohoda Festival? Chances are that you haven’t quite been made aware of the Slovakian bash, probably due to its geographic placement. For some reason, Eastern European festivals often fall off the critical radar despite their ability to put on events which are just as good – if not, better – than their continental counterparts. The picturesque Pohoda is one of the highlights in the European festival calendar, boasting its biggest line-up to date with names which make the sunny weekender all the more exciting. We’ve picked out six artists whose performances at Airport Trenčín should not be missed at any cost.

There’s no avoiding the incredible cultural impact Liam Gallagher has had on music. From his turbulent Oasis days through to today’s solo projects, and via a stint with the dodgy Beady Eye, Gallagher has always found himself at the forefront of British indie rock’s ever dynamic landscape, hardly ever avoiding the limelight in the process. Gallagher’s one of the big names at Pohoda this year, and quite rightly so, because if Gallagher was a beer, he’d be the unique one which they brew once but lasts forever.

If you’re yet to acquaint yourself with The 1975, then something has gone horribly wrong. From sweaty clubs and afternoon main stages to the biggest arenas this planet has to offer, Matt Healy and co. have seen it all in a relatively short period. It’s taken all but three albums for the Manchester quartet to establish themselves as one of the biggest bands in the world, and now they’re here there’s no turning back. Acclaimed new album A Brief Inquiry Into Online Relationships bridges the gap between accessible pop and introverted experimentalism, putting the band in a position which will only allow them to get bigger and bigger.

Canadian slacker Mac DeMarco is the kind of man who floats through life, from project to project, with little care in the world. He’s the epitome of a bona fide festival staple, conquering every stage he sets foot on with his charming blend of lo-fi, woozy indie pop. New album Here Comes the Cowboy presents a more synth-based outing for DeMarco, but it always boils down to the same sense of laid back fun. Roll a joint, light it up and dream the afternoon away to DeMarco and his band – it’s the most fun you’ll have all summer.

If dreamy indie anthems aren’t your thing, then our next two recommendations should whet your appetite sufficiently. Death Grips are one of the rowdiest live bands on the planet, their unpredictability going hand in hand with their ability to shock, awe and d e s t r o y. In a review of last year’s mad new album Year of the Snitch, All Things Loud writer Steven Morgan summed up the MC Ride-fronted outfit in the simplest, yet most effective way possible: “The biggest insult you could level at Death Grips is to call them boring”. See for yourself in Slovakia this summer.

Viagra Boys are one of very few bands around today whose name has to be censored in press emails so as to avoid ending in the spam folder alongside messages from Nigerian heirs and heiresses. The somewhat controversially named Swedish garage rockers are one of the most exciting things to come out of Stockholm since ABBA, with last year’s Street Worms serving as one of the best rock releases to come out in 2018. From the wacky Sports and fiercely groovy Down in the Basement through to the rowdy Frogstrap, Viagra Boys presented the world with an album to behold. Now allow them to do it justice at Pohoda, because you won’t regret it.

Ain’t no party like a Donny Benet party. Just take our word for it…

Pohoda Festival takes place from 11 to 13 July on the grounds of Airport Trenčín in Slovakia. Head here for more details.