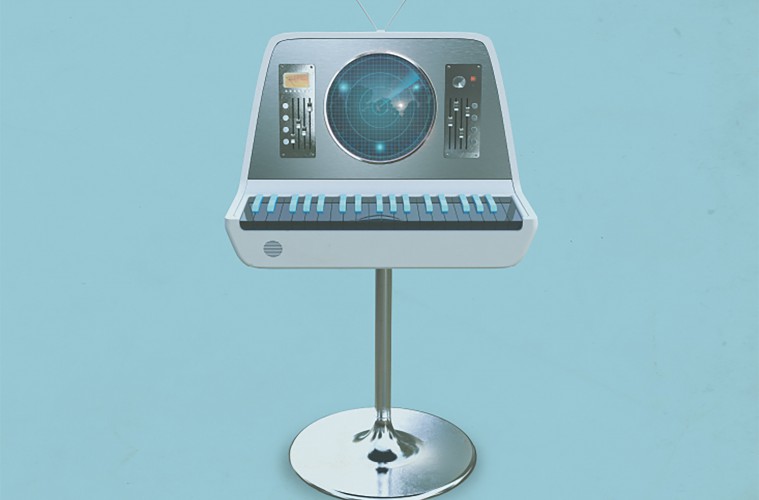 Cast your mind back to 2007, when St Albans’ Enter Shikari first emerged with their stellar debut record Take to the Skies. Little did the world know what would ensue in the ten years that followed, a decade which took Rou Reynolds and co. around the world they tried to change, one song at a time. They’ve come a long way since their reckless beginnings, releasing three further studio albums (the in-your-face Common Dreads, critically acclaimed A Flash Flood of Colour and next-level The Mindsweep) and appearing on some of the planet’s biggest stages. These big stages have given Enter Shikari a platform to purvey their thoughts on this world and everything we love and hate so much about it, doing so with equal parts serenity and brutalism. Now, though, Reynolds and his men are turning things a few notches down. New album The Spark comes out this week Friday, with its subject matter making for a “soundtrack to our tumultuous world” which packs as much punch as Floyd Mayweather. Gone are Reynolds’ famed screams and the band’s out-of-this-world breakdowns; in their place, you’ll find an effervescent pop sheen which the band crafted in conjunction with producer David Kosten (Everything Everything, Bat For Lashes).

The instrumental title track kicks off proceedings in hypnotic fashion, making way for The Sights’ bustling intro and densely packed verses. It follows an almost-identical formula to lead single Live Outside, utilizing some stadium-ready “ooh” chants as Reynolds sings of “the great unknown”. “I’m searching far and wide for any planet to orbit” declares the frontman during the chorus, likening his brain to a stir fry later on as guitarist Rory Clewlow powers on with an almost-mechanic guitar line. The aforementioned lead single follows, having recently posed as the first indication that Enter Shikari were going on a new sonic journey once more. The song tackles Reynolds’ struggles with anxiety and depression, an intimate topic which the band have seldom used as subject matter in their work. As was surely intended, the song packs quite a punch, subsequently setting the tone for a record which is far removed from what we’d usually expect Enter Shikari to deliver. There are a few exceptions to this rule, one of them being the furious Take My Country Back. Its lyrical content reaches out on a global scale, with Reynolds’ musings concerning last year’s controversial Brexit vote. “Now look what we’ve done to ourselves, we’ve really gone and fucked it this time” declare the band ahead of an absolutely soaring chorus which sees Reynolds claim that he’s “tired of the cyanide”. The verses bear plenty of reminiscence to 2009 track Hectic, which follows a similar structure and finds itself packed with just as much fury and buzz. The track eventually reaches a destructive ending by way of a lilting breakdown packed with twinkling synths, proving that the ‘old Shikari’ will always lurk somewhere in the background, regardless of how much sonic change the band go through. As the record approaches its halfway point, the band take a breather and introduce the absolutely stunning Airfield. It kicks off with Reynolds accompanied by a sole piano, building up layer by layer before exploding completely out of proportion; Airfield is the kind of track which will go down as one of Enter Shikari’s most heartfelt and defining pieces of work, a track which sees Reynolds put his heart out on his sleeve like never before. New single Rabble Rouser follows, introducing a grisly riff early on alongside some absolutely filthy electronic outings. The drop, which will lend itself well to the live stage, is one of the band’s most intriguing in a while, despite sounding slightly bare at particular moments throughout. The album version of the track features an additional outro made for absolutely tearing down the sweatiest clubs all over the world. Think destructive, and then apply an extra bout of chaos to that. Eerie sounds kick off the intriguingly titled Shinrin-yoku, before a patriotic trumpet line and Helado Negro-esque bass enter the frame. As Enter Shikari go, it’s quite out there; then again, they haven’t been abusing music genre’s worthless boundaries for nothing. “I feel like an empty inbox as I contemplate the ultimate assault course” singspeaks Reynolds as he declares that “we have no idea what we’re dealing with”. The closing segment of the track allows everything to come together with maximum impact, detailing drummer Rob Rolfe’s percussive skills alongside a pulsating bassline courtesy of Chris Batten. The final fifteen seconds of the track break everything down and introduce a soul crushing breakdown, before slowly dying down and making way for Undercover Agents’ anthemia. “I think I’m ready to begin; we’ll destroy the disillusion” sings Reynolds during its subdued opening verse, one which makes way for an upbeat and sing-a-long worthy chorus.

The Revolt of the Atoms is a sign that The Spark is nearing its finale, utilizing heavily distorted vocals and a sinister synth line to introduce itself. It slowly morphs into a quirky alt rock banger fully supported by buzzsaw electronics and a Human League-esque chorus. Had this track been around some thirty years ago, most people probably wouldn’t bat an eyelid. “I found some intel; the atoms had conveyed, convened and connived” claims Reynolds later on in the track, before final track-proper An Ode to Lost Jigsaw Pieces brings everything back down to earth. The six-minute epic seems like a fittingly poignant end to Enter Shikari’s most daring and creative record to date, one which proves that not all change is bad or to be frowned upon. “Oh, how I miss your prosecco-glazed lips” croons Reynolds early on, seemingly directing it at a former love and its impact on his own personal state. The second half of the track builds up with subtle intensity, before the curtain falls on the album by means of some more trumpets, chanted lyrics and a string-led outro. The Embers brings the record to a proper end, lasting just under a minute and following an identical pattern to the album opener. On The Spark, Enter Shikari have once again proven the diversity of their abilities as they attempt to make an even bigger impact on the world. It’s not their heaviest record to date, nor is it their most bombastic; instead, The Spark presents itself as an introduction to the side of Enter Shikari most people didn’t know existed.

The Spark comes out on Friday via Ambush Reality/PIAS. Pre-order it here.