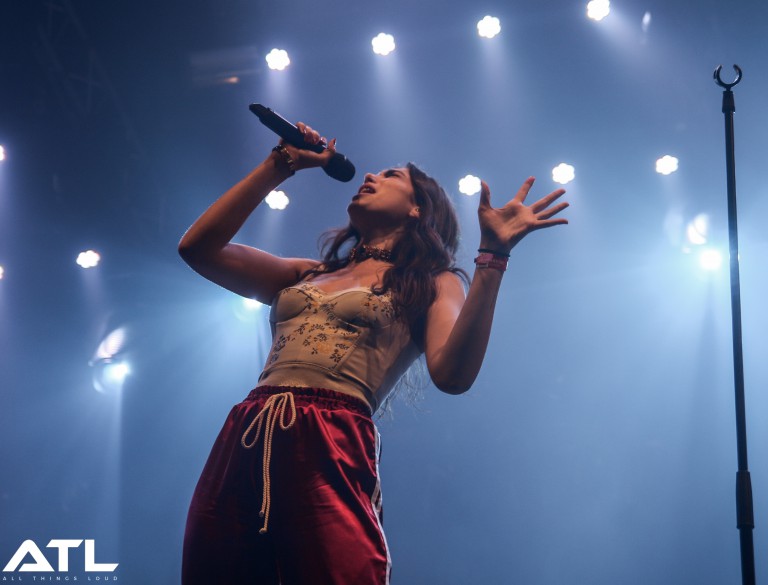 As is standard, we like to round off each year by handpicking a handful of artists who we feel are going to make a huge impression in the coming twelve months. In 2014, Temples reigned supreme, with Wolf Alice becoming our most successful pick of 2015. This year, though, has been all about Nothing But Thieves, a quintet who set out to and successfully proved all doubters wrong. As 2016 reaches its end, we’ve put our heads together once more and selected the five artists who we think will own 2017. From horro punk to polished pop, 2017 looks set to have it all.

CREEPER
There’s been no hiding from Southampton’s Creeper in the last year. The Will Gould-fronted six-piece are due to release their debut album Eternity, In Your Arms through Roadrunner Records next March, with preceding singles Suzanne and Hiding With Boys already setting the tone as to what we can expect. Combining full-on punk with gothically charged orchestral flourishes and huge choruses, Creeper are the kind of band who sound like nothing you’ve ever heard before. Their songs punch you in the face just as much as they pull at your heartstrings, sometimes doing both at the same time. They’ve just rounded up a tour of Europe and the UK with Pierce the Veil and letlive., performing to packed crowds night after night. If 2017 isn’t The Year of the Creeper, then something must be wrong.
For fans of: AFI, My Chemical Romance, ferocious punk

CHICANO BATMAN
Let’s get one thing straight: Los Angeles natives Chicano Batman are no strangers to performing and releasing fantastic records. Having formed back in 2008, the Eduardo Arenas-fronted quartet specialize in a brand of hazy, space-laden psychedelic rock which takes its cues from Brazilian soul and endless slow-jams. Debut album Chicano Batman came out in 2010, with its follow-up Cycles of Existential Rhyme (2014) ultimately making way for next year’s international debut Freedom is Free. This looks set to be the record which catapults the band from out of the Californian undergrowth and into mainstream consciousness. Lead single Friendship (Is a Small Boat in a Storm) utilizes catchy backing vocals and a hypnotic melody, both of which combine to form an absolute juggernaut of a track. Their rise may have been slow, but it looks to finally reach a notable point in 2017.
For fans of: The Growlers, Allah-Las, weed

DEAD!
Dead! may well be the most elusive and intriguing band on this list, with their DIY ethos and punk attitude at the forefront of their visual identity. Having started out by playing tiny toilet venues, the outfit have slowly but surely worked their way up the gig ladder and most recently supported You Me At Six in London. Since combining indie and punk with huge choruses and pit-ready riffs, the band have seen backing from the likes of Rise Records and BMG. For a band who thrive on the DIY life, this is quite an achievement. They’ll perform their largest headline show to date next February at the already sold out Boston Music Rooms in London (with ex-FVK frontman Kier Kemp serving as special guest), with that show just the start of what looks set to be a huge year for the London quartet.
For fans of: My Chemical Romance, Nirvana, denim

DUA LIPA
2016 was a sub-standard year for pop music, with the likes of Drake and Kanye West leading the charge whilst a whole host of female vocalists battled it out to see who could sound the most identical to one another. Luckily, though, one glimmer of hope emerged earlier this year when London’s Dua Lipa broke through with hit tracks Hotter Than Hell and Be the One (the latter of which came out in 2015, but still). The slick pop has already been streamed upwards of 60 million times, and quite rightly so: Dua Lipa is a world star in the making, albeit one whose roots lie in the heart of London’s underground scene. Lipa, who is of Kosovan heritage, is yet to release her debut album, but when she does it’ll undoubtedly be one of 2017’s biggest pop releases.
For fans of: Zara Larsson, Alessia Cara, Snapchat filters

BLACK FOXXES
Exeter trio Black Foxxes are the kind of band who possess so much potential that half of the British music industry selected their recent debut album Pines as one of the year’s. The positive critical reception shouldn’t be a surprise, with the record’s hard-hitting riffs, piercingly emotional vocals and dark undertones all combining to form an incendiary end-product worth being proud of. Standout track Husk is all of the above, and it’s just one small piece of the intricate puzzle which frontman Mark Holley and co. have put together. Now that the album is out, it’s up to the trio (completed by bassist Tristan Jane and drummer Ant Thornton) to prove the world exactly why Black Foxxes have been raved about so wildly by everyone from industry insiders to You Me At Six guitarist Max Helyer.
For fans of: Boston Manor, You Me At Six, grunge

There’s obviously much more to this list than the five aforementioned acts, even if they are by far the most prominent and potential-filled at the time of writing. We’re also expecting great things from Dutch psychedelic sensation Amber Arcades, as well as Australian hardcore outfit Hellions. Just as likely to make waves are Scottish electro poppers Be Charlotte, singer-songwriter Declan McKenna and the gritty Airways. Whether or not their successes match our predictions remains to be seen, but you can listen to all of the above acts in our handy playlist now!