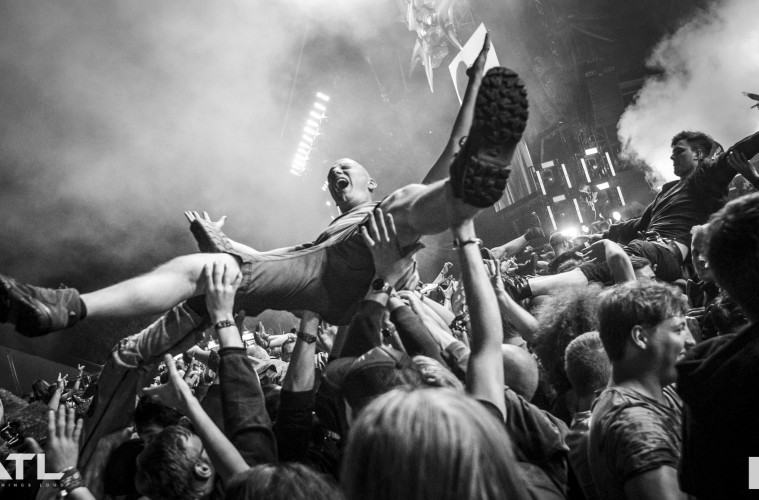 The Five Artists Who Will Make Graspop Worth Your While

There are tons of exciting European metal festivals who battle it out year in year out to take home the title of most prestigious, giving organizers and promoters alike an intangible feeling of superiority which they seamlessly weave within fresh marketing techniques, all in the name of selling tickets. Belgium’s renowned Graspop Metal Meeting is one prime example of this, finding itself comfortably perched atop the metal calendar on annual basis as it presents revellers with the biggest and best line-ups on offer. This year is no different, with the Dessel bash putting on a special, four-day XL edition edition which features headliners Guns N’ Roses, Volbeat, Ozzy Osbourne and Iron Maiden alongside a mouthwatering undercard filled with legends (Avenged Sevenfold, Marilyn Manson, Judas Priest), modern classics (Ghost, Limp Bizkit) and the most intriguing new bands. We’ve scoured the poster and picked out five must-see artists who will most certainly make your trip to Dessel worthwhile.

It should go without saying that 2018 will be an enormous year for Swedish deathmongers Ghost. Cardinal Copia and co. find themselves in a newfound state of exuberance as they head out on a premature victory lap in support of new album Prequelle, which is the follow-up to 2015’s critically acclaimed Meliora. Said album also doubles up as the record which well and truly thrusted the haunting story of Ghost into America’s mainstream rock consciousness, turning them into bill toppers forevermore. In June, Copia and his ghouls will take on the trying task of entertaining thousands upon thousands of metalheads, but they’ll also have to prove that Copia is a worthy replacement for the departed Papa Emeritus III. With enormous weight on his shoulders, and even bigger new music to boot, you can rest assured that Ghost will deliver the goods and set Dessel alight. Thursday, Main Stage 2, 20:50

You’ll be hard pushed to find a band more deserving of their current status than Byron Bay’s Parkway Drive. The Australian metalcore behemoths have spent years hammering away at a back catalogue which many of their contemporaries would honestly die for, and quite rightly so. New album Reverence is an important new chapter in their constantly evolving story, following on from the manic Ire, an album which well and truly put Parkway Drive on the map much like Meliora did for the aforementioned Ghost. For their upcoming European dates, frontman Winston McCall has promised an absolutely enormous new production which will go down as one of the summer’s most exciting. Pair that with the likes of new singles Wishing Wells and The Void and you’ve got an honest-to-god recipe for success. Don’t believe it? Then go and see for yourself. Friday, Main Stage 2, 23:10

Regardless of what the United States throws at its unwilling citizens, there will always be one constant waiting on it like an unmistakable force in the wind: Anti-Flag. The Pittsburgh punkers have long been the world’s go-to band for political resistance and social commentary, pairing the two with fierce-as-fuck riffs, pulsating rhythms and vocals which stab faster than a wanted criminal with a cause. This year, they’ll stop off at Graspop for the second time in their history as they treat Belgian crowds to tracks from last year’s American Fall. The United States may be crumbling beneath the feet of the millions who walk its hallowed ground, but for every reaction there will always be an important Anti-Flag reaction. Don’t miss out. Friday, Jupiler Stage, 18:25

Who’d have thought that black metal and blues would actually be a brilliant combination of sounds? Zeal & Ardor‘s Manuel Gagneux did, setting out to create a project which sounds like nothing anyone has ever done before. We’re inclined to say that he’s done a pretty good job, so much that his appearance at Eurosonic Noorderslag in January earned him slots at some of Europe’s biggest festivals. Graspop is one example, and come June Gagneux will be more than ready to spread his word as he entrances the Metal Dome’s hungover afternoon crowd. If you’re going to check out something brand new in Dessel this year, then make sure it’s Zeal & Ardor. Friday, Metal Dome, 14:00

Because it wouldn’t be a good heavy festival without the golden touch of some energetic pop punk, right? Saturday, Jupiler Stage, 13:20

Graspop Metal Meeting 2018 takes place from 21 to 24 June in Dessel, Belgium. Head here for more information, and find the entire line-up below.