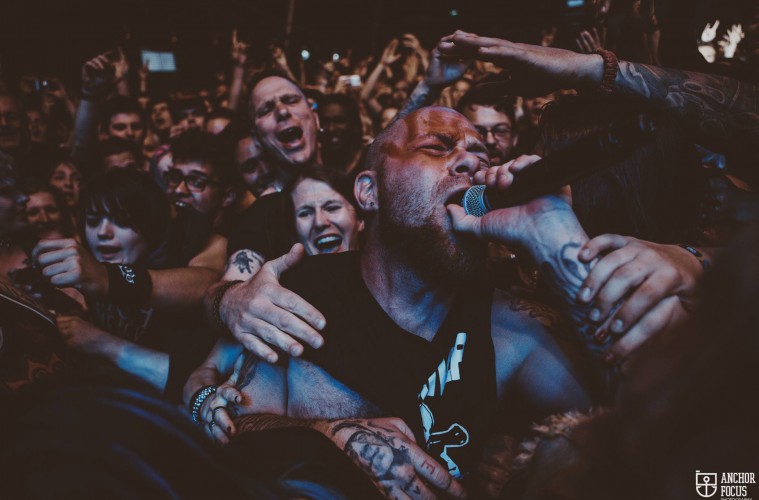 Five Finger Death Punch have released a statement surrounding the controversial events of their Tilburg show on Monday night.

The band quit playing with more than 45 minutes left of their set, with inter-band arguments and technical failures cited for the poor performance.

Now, the band have posted a short statement to Facebook which reads: “Those who have followed 5FDP from the beginning can tell you there has always been an element of danger and unpredictability in our music and in our shows. That’s Rock ‘n’ Roll. When you do over 150 shows in a year, you will inevitably have a few derailments, but the train always keeps on moving. Last night in Tilburg was one of those instances, but as they say, you aren’t a race car driver if you don’t wreck a car or two.

We can’t wait to put on amazing shows tomorrow night at Nova Rock all the way to our just announced winter tour all over Europe. See you all on the race track….bring a helmet….”

The news comes as Ivan Moody and co. announce details of an expansive European tour with In Flames and Of Mice & Men.

Whether or not the band will experience further problems remains to be seen when they return to the stage at Austria’s Nova Rock tomorrow.