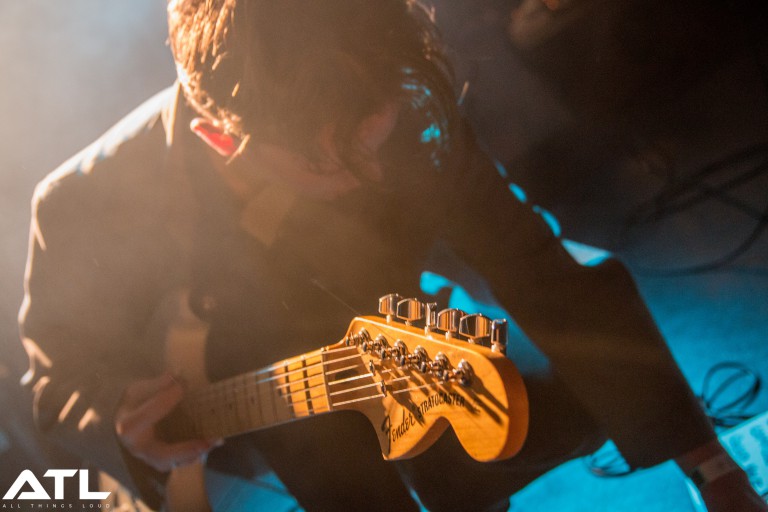 Five Reasons Why You Should Spend Your Weekend at Motel Mozaique

There aren’t many better ways to kick off the festival season than with a lovely few days in the sunny Dutch harbour city of Rotterdam. Every April, Motel Mozaique Festival takes over its illustrious centre and presents some 2,000 festivalgoers with cutting edge live music, art installations and intriguing performances which span the length and breadth of various cultural disciplines. This year’s billing is one of their strongest yet, running for one additional day and incorporating some of Rotterdam’s most thrilling sights into its already packed itinerary. We’ve picked out five performances which we think will stand out at Motel Mozaique this year.

London’s SOHN is one of Motel Mozaique top bookings this year, with the British producer putting on a full, no holds barred headline set at the Rotterdam Schouwburg on the festival’s opening night. His set will serve as the kick-off event for the entire weekend, spearheading an evening which will also see performances by ISLAND and Charlie & the Lesbians. Over the course of SOHN’s 90-minute set you can expect the multi-faceted musician to draw from tracks across his expansive back catalogue, including last year’s critically acclaimed sophomore release Rennen. With only two full records to his name, the soulful artist has already proven to be one of modern day electronica’s most promising crossover successes, incorporating ambient and RnB elements into his repertoire. His brooding set at Motel Mozaique will most likely serve as a memorable moment in the festival’s history, and that is a guarantee. THURSDAY, SCHOUWBURG MAIN, 22:00

By the time Warmduscher take to the stage towards the end of Motel Mozaique’s second day, there are three things which you can be sure of occurring: 1) carnage, 2) more carnage and 3) even more carnage. That’s because the London kraut-garage collective are this year’s token mental band, a group whose live reputation has seen crowds pulverised and eventually in the nude time upon time again to the sound of grisly synths, jarring guitars and haunting vocals courtesy of the eclectic Clams Baker Jr., together with members of renowned hellraisers the Fat White Family and indie darlings Childhood. Once the clock strikes a quarter past midnight at the close of Warmduscher’s set, you’ll most likely find swathes of revellers in various states of either undress, confusion or a drunken combination of the two. FRIDAY, ROTOWN, 23:30

Manchester’s vibrant Everything Everything are another one of Motel Mozaique’s top bookings, serving as the Friday headliner with an hour-long set at the Schouwburg theatre. There aren’t many venues in Rotterdam which are as well suited to the grandeur of Jonathan Higgs and co., whose new album A Fever Dream made for one of 2017’s most exciting releases. New single Breadwinner follows on the back of the new album, kicking open a new door of opportunity for a band who can only get bigger and bigger. Their first festival headline set on Dutch soil should – and will – be celebrated in style, flecked with tons of energy and exuberance. FRIDAY, SCHOUWBURG MAIN, 00:00

London cousin duo Otzeki were one of Lowlands 2017’s most intriguing success stories, packing out a sweltering X Ray as they found themselves in the midst of a clash featuring Bastille, At the Drive-In and the formidable Death Grips. None of it managed to faze them, though, with crowds streaming out of their tiny tent as they treated Biddinghuizen to a sprawling mix of indietronica-flecked gloomy electro. On paper it sounds like an odd combination, but that’s because a group like Otzeki are best experienced live. Especially when you spot that they’ll be appearing at the idyllic WORM venue, which carries with itself so much mystery that Otzeki might as well be the house band. Not that Otzeki are all about mystery, though; their recent set at SXSW was shut down by venue owners following a rowdy mid-song trip to the bar by frontman Mike Sharp. He leaves no stone unturned when he performs, and neither does Otzeki’s music. SATURDAY, WORM, 22:15

Acoustic troubadour Tamino is one of very few modern day singer-songwriters who has an absolutely incredible affinity with words, putting his deep and heartfelt thoughts on paper and underpinning them with acoustic strums which are subtle enough to sound absent but impactful enough to stick in your mind for days. The Belgian crooner has an impeccable vocal range, including a falsetto which will silence any crowd at the click of a finger. Don’t believe us? Then listen to the brooding Habibi, one of his best works. Tamino is one of Motel Mozaique’s final big names, and on Saturday he’ll find himself within the grand confines of the Schouwburg main hall. Don’t miss out. SATURDAY, SCHOUWBURG MAIN, 22:00

Motel Mozaique Festival starts tomorrow (19 April), running until Saturday (21 April) throughout the centre of Rotterdam. Get your tickets here.