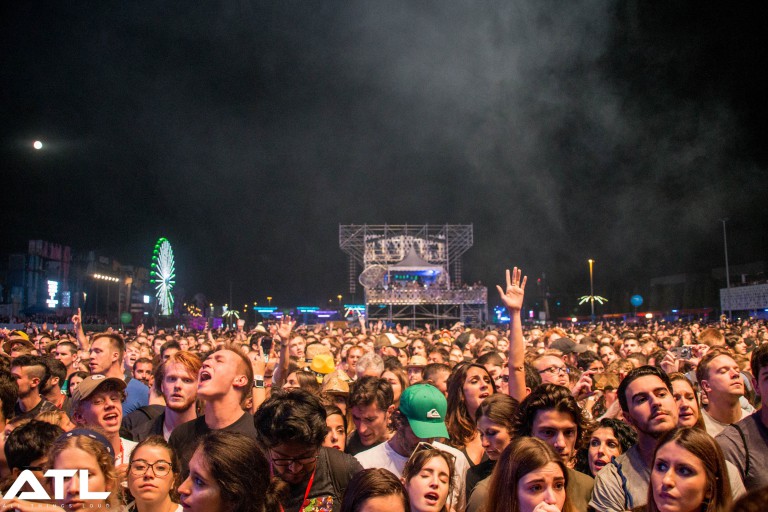 Five Unassuming Bands to Get Excited For at Mad Cool Festival

It’s finally happening! This isn’t a drill! The “cultural happening of the decade” – Madrid’s Mad Cool Festival – will open its doors for the third time next week in what looks set to be an absolutely massive musical and artistic extravaganza. The Spanish bash was met with mixed response in 2017 following the tragic fall of acrobat Pedro Aunion Monroy (who, this year, has a whole area named in his honour), yet despite this the festival has managed to bounce back with what many have described as the best line-up of the 2000s thus far. And they’re not wrong, because Mad Cool has managed to put together a bill which does in three days what the entire Dutch music industry took three festivals to achieve: headliners in the form of Pearl Jam, Queens of the Stone Age, Jack White, Depeche Mode and Arctic Monkeys, as well as an undercard boasting a rare Tame Impala appearance, popstar Dua Lipa, Brit rockers Kasabian and more than 100 more mouthwatering acts. Today, we whittle this expansive line-up to a mere five initially unassuming names of whom we think there is enough potential to make Mad Cool their own.

Earlier this year, London’s Goat Girl put out one of 2018’s strongest debut albums. It’s a 19-track opus which transfers the listener across multiple different facets of scuzzed-out indie, flirting with garage rock and psychedelia in places. Live, the quartet are one hell of a force to be reckoned with, flittering from A to B at rapid pace via the likes of prowling single The Man and the gritty Cracker Drool, the former of which comes with a Beatles-parodying video. Check it out below, and don’t miss the four-piece’s set on Mad Cool’s second day. Friday, Thunder Bitch, 21:00

“Gang of Youths, unassuming?!” we may hear you ask yourselves, and we’d entirely understand why. That’s because the band are a household name back at home in Australia, selling out amphitheaters and arenas across the entire country with their infectious blend of top-heavy stadium rock. It’s a very straightforward musical formula which these four lads employ, but live it’s a truly powerful sight to behold as they get the crowd eating right out of their palms. Frontman Dave Le’aupepe is a true showman, commandeering the stage like he was born on it. Don’t believe us? Then come and see for yourself. Thursday, Mondosonoro Stage, 18:00

Although not as big as Gang of Youths, Deaf Havana have a similar impact on people back home in the United Kingdom. Starting out as a slightly heavier, alternative act (dare we say emo?), James Veck-Gilodi and co. have slowly but surely found their place in the world and now put out music which operates with equal measures of stadium-ready anthemia and introverted indie rock. It’s an interesting combination, and one which well and truly comes to life on the live stage. Glossy new album Rituals is due later this year, so expect the Brits to treat Mad Cool to many a new track come this time next week. Saturday, Thunder Bitch, 21:05

Don’t we all love a solid French popstar? Internationally minded Jain (who grew up in Dubai, Abu Dabhi and Congo) may be the latest in a long line of incredibly talented pop vocalists from France, but she’s the first to approach her music with such a varied worldview, something largely down to her upbringing. She’s only just emerged from the undergrowth, but there’s already so much demand for her that upwards of 1.5 million people stream her on a monthly basis. Not too shabby, huh? She certainly has absolute tunes to boot, including the groove-laden Alright, Congo-influenced Makeba and streaming hit Come. All three will undoubtedly form out part of her live set at Mad Cool, so don’t miss out. Friday, Madrid Radio Station, 21:35

There’s nothing more serene than being at a festival and laying low on the grass as a singer-songwriter serenades you. Especially when the man behind the microphone is the multi-talented Kevin Morby, a jack of all trades with songs to match. His introverted and demure demeanour carries with itself a certain attitude that finds itself perfectly embedded within his sultry tunes, among them standout track Beautiful Strangers and the depressingly beautiful Come to Me Now (one of 2017’s best songs). His set at Mad Cool will see him open the main stage ahead of Snow Patrol and Arctic Monkeys, marking a big step up for a man who has the world at his feet. Friday, Mad Stage, 18:25.

Mad Cool Festival takes place in Madrid next week, and it’s sold out. Click here for more information, and find the entire line-up below.