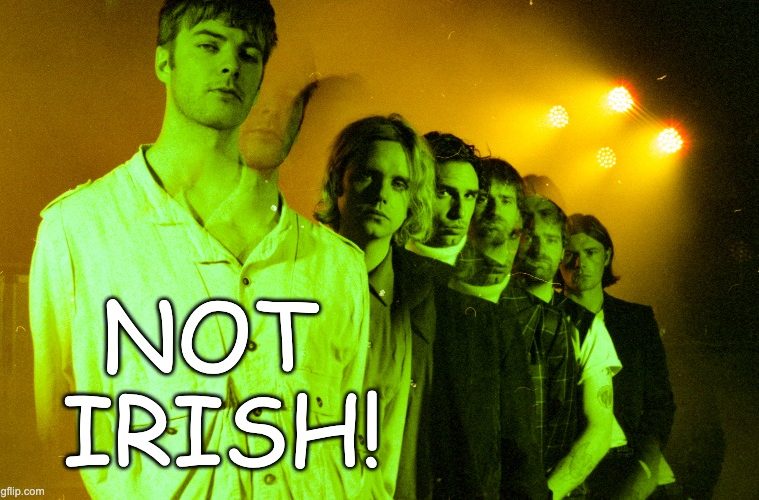 Fontaines D.C. SHOCK: “We’re not actually Irish, we did the accent for a laugh and got carried away”

Shockwaves across the music industry today as it is revealed that post-punk outfit Fontaines D.C. are not actually from Ireland at all.

The band shared the shocking revelation today, putting an end to countless rumours about their supposed Irish-ness while confessing that they just got a caught up in a practical joke which got out of hand. Speaking to local news outlets, frontman Grian Chatten said: “It’s true, we’re not actually from Dublin nor are we Irish. We’re actually from Luton, but we did the accent for a laugh and then got carried away with it when it became successful.”

Guitarist Conor Curley added, “We did it to see if we could sound like Bono, but instead of people laughing with us they told us that it sounded incredible. So we made Dogrel. Then the pandemic happened, and just as we wanted to bow out we had make A Hero’s Death. Now we’re finally emerging from lockdown with the most Irish album we’ve ever made, which makes things just that slightly bit trickier.”

Fans are said to be distraught. “I fell in love with their accents, and now I know it’s all a lie I can’t sleep at night” tweeted one fan. Another who wished to remain anonymous said that he is planning to sue Bono for giving musicians a false idea of Irish hope.

In three weeks, the Luton-based five-piece will release their new album Skinty Fia, which we will undoubtedly now listen to with a different set of ears…