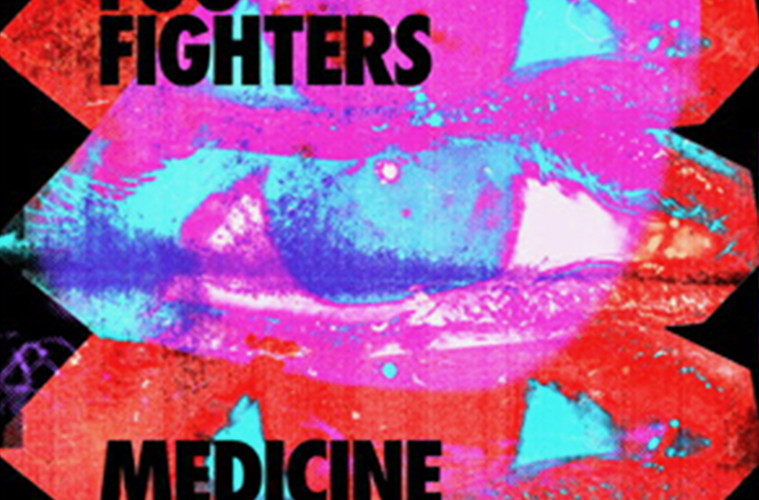 Some things in life are guaranteed: oxygen, a new season of the Simpsons, and Dave Grohl claiming that the next Foo Fighters is their best yet. While the latter may not always be true, rock’s most iconic frontman certainly still has a knack for writing a solid album. Medicine at Midnight is Grohl and co.’s tenth record, coming four years after the lacklustre Concrete & Gold.

Clocking in at 37 minutes, the slicker and more pop-centric record serves as Foo Fighters’ shortest offering to date. Its nine songs all fall well within the realms of what we’d expect from the band, but that doesn’t mean they haven’t had room to explore. Opener Making a Fire is a steady, upbeat slice of FM radio pop rock spearheaded by a “na na” chorus and Grohl’s trademark call to arms vocal style. As Foo Fighters album openers go, it’s probably the most uplifting and cheerful. Lead single Shame Shame is a slow burning, Bowie-esque cut with punchy rhythms, a majestic chorus and underpinning strings which add a sense of classic grandeur largely missing on Concrete & Gold. The massive contrast between tracks one and two is a good indicator of the journey Medicine at Midnight takes you on, with Cloudspotter jangly riffs and cowbells injecting some dancefloor-worthiness into the mix. For all its novelty, the cowbell is actually real fun and Cloudspotter and helps enforce the track’s irresistible melodies. There’s a big rock’n’roll chorus, and you can bet it’ll be a fan favourite when live music returns.

Every Foo Fighters album has a song like Waiting on a War. You know, that one campfire acoustic ballad which slowly morphs into a ground swallowing stadium rock anthem and then whacks you in the face with a wall of sonic emotion. Upon its release, Grohl said he wrote Waiting on a War after a conversation with his daughter about war. With the state the world is currently in, a new world war is definitely a valid concern. Grohl expertly translated those fears into a song which has all the hallmarks of a Foo Fighters banger. Big chorus? Check. Epic build up? Check. Lighters in the air moments? Aplenty. Title track Medicine at Midnight takes Cloudspotter’s cowbell-grooves and applies them to a darker, more soulful background. This one could have been the soundtrack to a grimy Florida bar in the mid-1980s, complete with a silky smooth solo almost as silky smooth as Grohl’s voice.

Imagine what Rammstein would have sounded like if James Hetfield was the frontman. The result? No Son of Mine. By the far the most aggressive and pit-inducing track on Medicine at Midnight, No Son of Mine is three and a half minutes of no prisoners taken hard rock fury. Grohl pulls off a few hefty growls, with Taylor Hawkins’ drumming standing out. Hawkins’ drumming is – as per usual – incredibly solid on Medicine at Midnight, and his ability to adapt to different styles and rhythms isn’t something every hard rock drummer is blessed with. Holding Poison takes a more glam rock-oriented approach to Foo Fighters’ post-grunge upbringing, resurrecting some Wasting Light-era vocal harmonies and dumping a lot of synth into the mix. There’s a hint of mid-90s Foo in the chorus, with Grohl’s (“I know what I want, and I get what I get”) vocals somehow assertive and laid back at the same time. Penultimate track Chasing Birds opts for hints of RnB and soul, Rami Jaffee’s lounge bar keys aiding the song in floating through your mind. “The road to hell is paved with broken hearts” sings Grohl, his lyrics laden with pure emotion. Album closer Love Dies Young is a fast, punchy and catchy curtain call to Medicine at Midnight’s short but sweet journey, ticking the Foo Fighters boxes with ease incorporating an indie rock-esque melody line and more rhythmic grooves. It’s a hopeful ending to the record, one which will go down as Foo Fighters’ happiest collection of music by a long shot.

Medicine at Midnight is not Foo Fighters’ best album, but that’s okay; no one is expecting them to reinvent the wheel. With all that’s going on in the world right now, spending forty minutes shutting yourself off from society while Dave Grohl sings into your ear is exactly what we need. Medicine at Midnight comes out tomorrow (5 February).