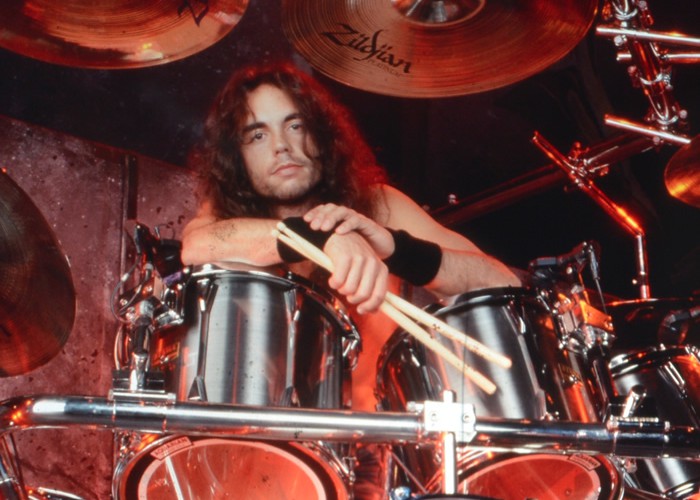 Former Megadeth drummer Nick Menza has passed away at the age of 51.

His former band confirmed the news in a lengthy Facebook post, which read: “We lost an amazing talent and fantastic person yesterday. Nick Menza was the nicest and most sincere guy you should ever hope to meet. He would take the shirt off his back to help you if you needed it. He had a passion for artwork, not just metal music. His tastes were far wider than that genre, which always irked his manager.

“He was a painter, a sculptor, a wood carver, a digital artist, a musician, a handicrafts-man of metal and wood. He had an amazing creative talent, a flare for the fringes and a great imagination. I enjoyed the many projects we had where he needed advice on how to manufacture something, or glue it, or plate it. We made a good team, his artful talents and my practical knowledge on making things. Last week we had decided to start full production of 40 cajone drums per week, his talents here were extraordinary and we had discussed that this might be his true calling, a marriage of music, wood and hand carved art. I am sure it would have been a success.

“He liked to spin me up over conspiracy theories and aliens on purpose, just so he could get a rise out of me arguing that it was nonsense. He was someone who made hanging out quality time all the time. He used to get pissed at me when i would bring loud or shocking toys over for his kids when they visited, though he shared an equal enthusiasm with his kids for the Tesla coils I brought over.

“We used to sit around and think of crazy things to film and put on YouTube. Things like alien conspiracy and such just for laughs. We made a fake UFO video once using after effects for fun and were shocked that it had such an enthusiastic following. So we let the story fly and were planning a follow on video of him being abducted. I wish we had found the time to do that, it would have been hilarious.

“Nick, you were taken too soon, it must have been a mistake, the world was a better place with you in it. I will miss you dearly my friend. Nicholas and Dante will miss you far worse. My heart goes out to your family.”