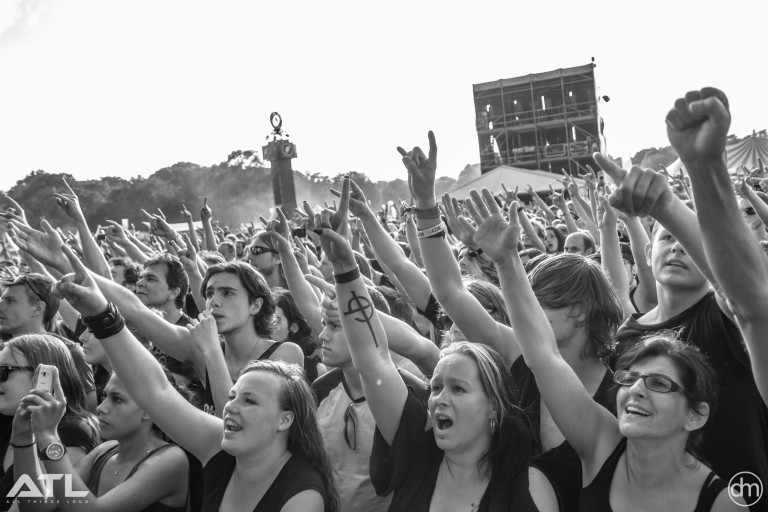 The Four Bands You Can’t Miss at FortaRock

In just under three weeks, Dutch metal extravaganza FortaRock will make its grand return following a necessary year off in 2017. The Nijmegen bash, which currently serves as Holland’s primary heavy music festival, will mark its comeback over the course of two jam-packed days at the city’s Goffertpark, having learnt from its prior pitfalls (low ticket sales and programming, to name but two) and putting on a line-up which manages to stand strong on its own accord and put FortaRock back on the international festival map. Nightwish and Parkway Drive will top the bill this year, following in the footsteps of the likes of Slipknot, Iron Maiden, Rammstein and Volbeat, all of whom have headlined FortaRock in its nine year history. We’ve picked out the four non-headlining bands who you can’t miss this year, two from each festival day.

No less than fifteen people have formed out part of thrash metallers Body Count‘s line-up over the course of its 28 year history, with founding members Ice-T and Ernie C forever serving as the main focus of their creative output. Frontman Ice-T is not the kind of man who you want to upset, and he’s an absolute genius at making himself known to the world by means of his tight verses and intricately placed digs. There aren’t many bands out there today who fuse rap and hip hop with thrash metal quite like Body Count do, and since their resurrection in 2009 it’s looked like they don’t fancy stopping quite just yet. And quite rightly so, because in today’s politically adverse climate we need a band like Body Count to set the record straight and tell it how it is. Talk shit? Get shot. Friday, 17:30, Main Stage

THY ART IS MURDER

Australian brutalists Thy Art is Murder are one of the darkest and heaviest bands on the FortaRock line-up this year, so it shouldn’t come as much of a surprise that CJ McMahon and co. have long been hailed one of deathcore’s best modern day exports. By the time they take to the stage in Nijmegen, it will have been nearly eighteen months since McMahon returned to the band following a departure of more than a year. It was a year in which McMahon got his head straight, figured out exactly what the fuck was going on and then returned to front a band who wouldn’t be as powerful without him as they are with him. New album Dear Desolation is their most impressive mission statement to date, and it’s one which is most definitely made for the live stage. Don’t believe us? Then go check it out. Saturday, 18:40, Heavy Stage

We all love a good bit of theatricality served with our balls-out metal, and this year’s prime example of this at FortaRock is Swedish behemoth outfit Avatar. The visually intriguing and musically thrilling outfit are currently one of Sweden’s hottest metal bands, and one glimpse at their live show should serve as enough explanation as to why this is the case. From the buzzing The Eagle Has Landed to the enthralling Hail the Apocalypse, Avatar are the kind of band who have it all. You shouldn’t expect less, either; just look at frontman Johannes Eckerström. His wit and fervour are two of the band’s USPs, and as ringleaders come you could even go so far as to suggest that Eckerström is one of the best. Saturday, 15:50, Main Stage

The final band on our list hails from a city just ninety minutes away from where the aforementioned Avatar made their name: the Swedish vicinity of Halmstad. There must be something in the water over in Sweden, because its list of musical exports is longer than the list of people who unironically listen Attila, and that’s saying something. As melodic death metal goes, Arch Enemy are by far and large one of the most prominent and renowned, serving as an expert in their field. Together with vocalist Alissa White-Gluz (who is Canadian, as a matter of fact), Arch Enemy have managed to spend the best part of two decades right at the top of their game alongside contemporaries Children of Bodom and Amon Amarth. New album Will to Power comes paired with an incredibly impressive live production, one which you’ll have to make some time for come 1 June. Friday, 19:30, Main Stage

FortaRock takes place on 1 and 2 June at the Goffertpark in Nijmegen. Get your tickets here, and check out the entire line-up below.