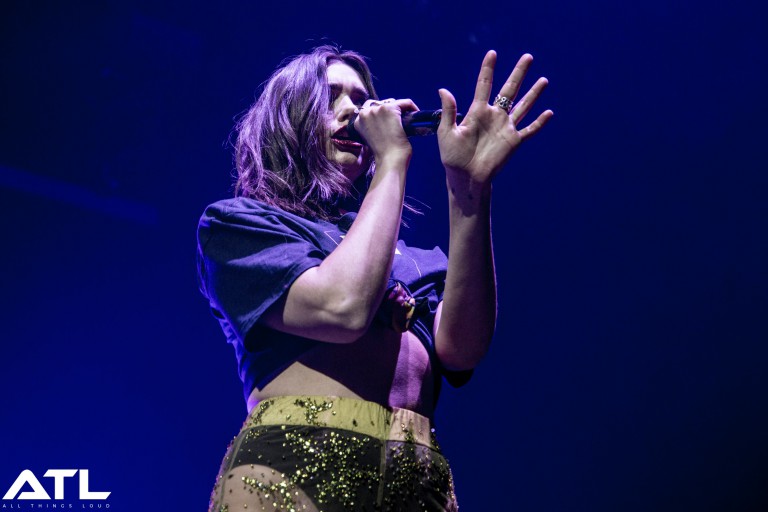 Today’s musical climate is one so overly saturated that it’s practically impossible to spot any indication of an up-and-coming star whose success seems so on the cards that it’s difficult to avoid their every move. However, some artists make just as much of an impact whilst still flying high under the radar and slowly but surely bubbling up into the upper echelons of pop stardom. Dua Lipa falls under the latter category, with her infectious pop tracks strengthened tenfold by her unique and instantly recognizable voice. Last night, she took her as-yet-unreleased debut album (due 2 June via Warner) to an absolutely packed out TivoliVredenburg in Utrecht. Off Bloom joined her for the ride.