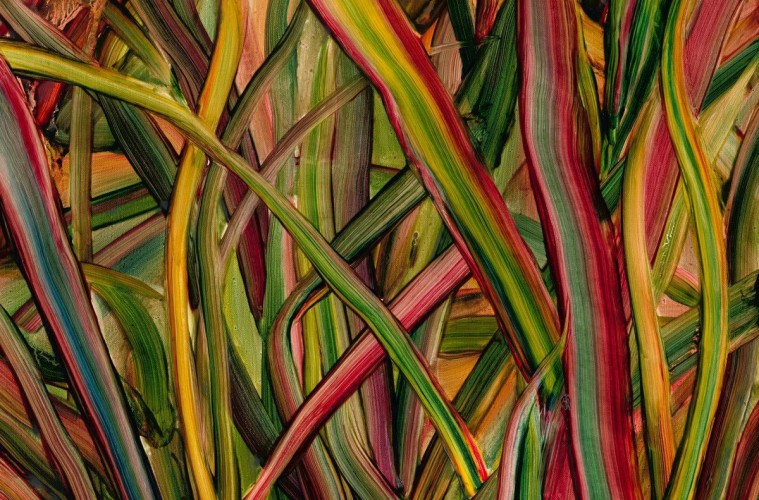 REVIEW: Gengahr Are Ready to Lead the Way on Where Wildness Grows

Every now and then, a band comes along who haven’t quite yet managed to find their niche. Back in 2015, this was London’s Gengahr. The indie rock quartet had initially done a pretty decent job at pulling off the whole quirky indie vibe, but it always felt as though there was something missing; that extra bit of oomph which would send them into the indie stratosphere a now-defunct NME would champion all the way to the bank. Fast-forward three years, and it seems to be the case that Felix Bushe and co. have finally found their place on new album Where Wildness Grows, out today. The record, fronted by a leafy cover, opens on the instantly familiar Before Sunrise, which sprawls from A to B by means of lilting guitar licks (which turn gritty at times), a steady percussive rhythm and Bushe’s falsetto-lite vocals. His voice is awash with distorted haze, and it makes for a laid back vibe which pops up at various points throughout the album like an old friend coming round to say hello. Said friend is present on lead single Mallory, an early highlight and undoubtedly one of the band’s best pieces of music. Whereas Before Sunrise did its best to hold you in its hazy grip, Mallory manages to set you free and make you want to spin in circles somewhere in the countryside. Its chorus is undeniably one of the catchiest they’ve put out to date, and paired with an incendiary instrumental backing it sounds like the perfect indie song. Is This How You Love fades in, with bassist Hugh Schulte and drummer Danny Ward forming its backbone by means of a pumping rhythmic combo. It serves as the perfect accompaniment to Bushe and John Victor’s interlocking guitar lines, a feat also achieved on the nostalgic I’ll Be Waiting.

In fact, Bushe and Victor are a brilliant guitar combo in themselves, often interplaying to a point which allows the music to become a sprawling wonder (the type which sounds all-encapsulating through a good pair of headphones). Slow burning title track Where Wildness Grows and the groove-laden Blind Truth are further testament to this, with the latter relying heavily on a relentlessly infectious bassline courtesy of Schulte. It’s here that the album reaches its halfway point on upbeat single Carrion‘s warbling synths and chopped up instrumental patterns, adding some mystique and allure to proceedings. It’s one of the most energetic tracks on the record, employing fuzz-infused guitars and distorted melodies as a means of achieving its end goal. Album highlight Burning Air sends the Hackney quartet down a slick, grunge-flecked path which bears resemblance to contemporaries Black Honey and INHEAVEN. Not that Gengahr are the kind of band who you’d need to find comparison in to justify; on the contrary, Bushe and co. have done just fine simply by doing it their own way and sounding like no one else. Sure, there’s no denying that they fall in line with similar bands, but there’s just something about Gengahr which means they stand out more so than others. Maybe it’s the hypnotic strings on the soaring Left in Space, or perhaps it’s Pull Over (Now)‘s handclap-ready beats and quirky background sounds. Whatever it may be, it’s certainly special. It means that there’s never a dull moment as the album reaches its end, with penultimate track Rising Tides utilizing a gloomy intro as Bushe ponders. “Maybe you were right” he asks as the track trudges into anonymity ahead of Whole Again. Where Wildness Grows’ last track bears a suitably grandiose introduction, complete with brash guitars and pummelling percussion. As it builds up, it gradually becomes evident that Gengahr are heading for a big, emotional finale which does nothing but justify exactly how enthralling the preceding 48 minutes were.

On Where Wildness Grows, Gengahr have managed to well and truly find their place in and amongst the over-saturated indie rock crowd (in particular, London’s ambitious underground and mainstream scenes). Felix Bushe and co. sound at ease, doing what they do best with little difficulty. From the initial haziness of Before Sunrise’s lilting, Sunday morning haze and Mallory’s memorable chorus through to the double-whammy of Rising Tides and Whole Again, Gengahr manage to sound like a timeless band whose self-reflecting, lovelorn lyrics may well end up becoming the soundtrack to a whole new generation of kids teaching themselves how to play guitar in their dusty bedrooms. After all, the demise of NME means that someone’s going to have to do it, and our money’s on Gengahr to lead the way for future generations. Where Wildness Grows is out now, and you can stream it below.