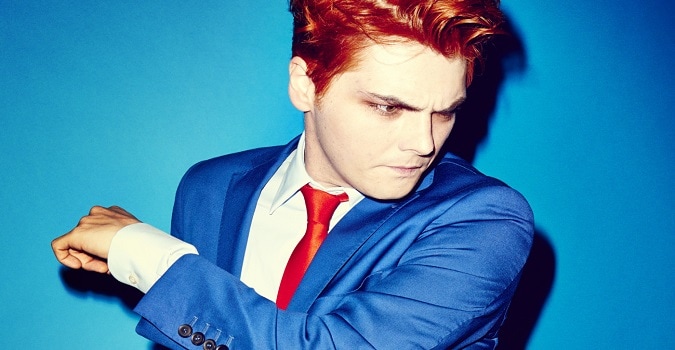 The release is a part of this year’s Record Store Day, and it features two songs written and recorded especially for Way’s new comic book series, Cave Carson has a Cybernetic Eye.

The tracks go by the names Into the Cave We Wander and Pogi’s Cavern, with the release coming out as a 12″ picture disc of which only 5,000 copies will be made available.

The songs were recorded with former My Chemical Romance bandmate Ray Toro, with the press release further reading: “The 12” picture disc comes in a clear vinyl sleeve and includes the following: a 32-page comic featuring an all-new three-page story by Gerard Way and Michael Allred; previews of four of DC’s Young Animal comics—DOOM PATROL, SHADE, THE CHANGING GIRL, CAVE CARSON HAS A CYBERNETIC EYE and MOTHER PANIC; and an 11”x 17” poster featuring characters from each of the series, drawn by Nick Derington. The songs were written and recorded with Ray Toro and produced by Doug McKean, Ray Toro and Gerard Way.”