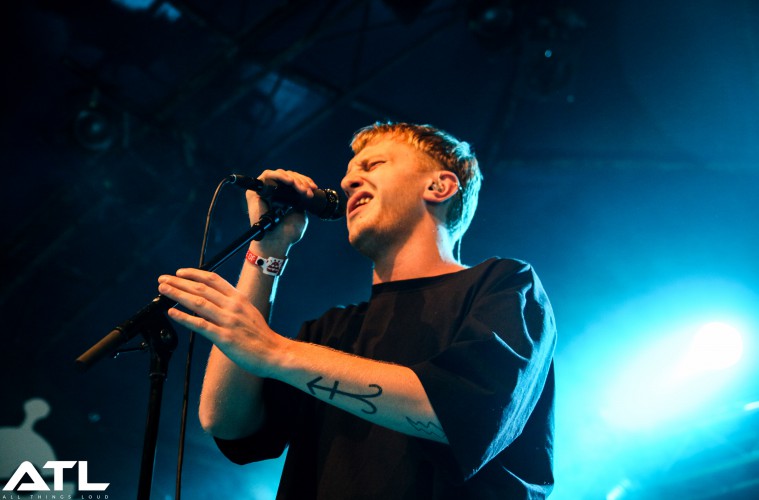 Getting to Know: ELIAS

A couple of weeks ago, Swedish pop vocalist Elias took his impressive early releases to Biddinghuizen for a show-stopping set at Lowlands Festival. With a massive debut album in the works, Elias is well on the way to becoming one of the year’s hottest prospects. It’s not for no reason that Warner Music have signed him up, after all. We sat down with the man himself after his show to discuss new music, working in LA and what we can expect from him in the future.

Hi Elias. Earlier this summer you released two tracks – Down N Out and Makin’ Me Happy. How did those two tracks come to exist?
Elias: I went to LA actually. I was looking for songs and I heard about two guys called Daniel and John, and I went to John’s studio. It was broken at the time, so we had to go to another studio in a very grey zone of LA. Everybody had this depressed feeling, and that made me get in the mood for the kind of situation that’s like, “I’m really depressed”. In my case there was a certain situation which made me think of the concepts that ended up in these two songs. It’s for another person, but still about feeling down and wanting to get away from that person. It was about my constant struggle of finding a way to forget about myself.

So there were certain personal events which shaped these songs?
Elias: Yeah.

Is there a certain message which you try to put across in your music?
Elias: I write about my own experiences and what I feel. I think I want people to really be able to feel free to express their emotions. I think that’s a very big part of me. I want to put words and melodies into certain feelings.

Is there a debut album in the works?
Elias: There is, yeah. You learnt to sing in a gospel choir, right?
Elias: Yeah.

What kind of impact did this have on you as a musician, and your progression as an artist?
Elias: It had a big impact because I came into this world full of spirituality, due to an old-school way of singing. It’s about the importance of you telling people what you want to say and what you want to express, and thus finding your own way of doing that. It had a big impact on me, yeah.

What would you say is the most important thing that you’ve learnt from the last couple of years?
Elias: Listen to what you personally feel. Everybody is saying, “you should do this” or “you should do that”, but every time I do that it all fucks up. I just had to listen to my own gut feeling. It’s been a year of “firsts” for you, with you visiting new territories and releasing new tracks. What’s been the highlight?
Elias: I loved today’s gig (Lowlands Festival). I also went to Ireland and played there, which was really fun. I got to meet a few of my biggest idols there too, like Kendrick Lamar, Laura Mvula and Kelela.

Kendrick Lamar is predominantly a hip-hop artist. Would you ever consider incorporating hip-hop or rap elements into your music? Maybe a collaboration, for example.
Elias: Definitely. If it’s a rapper with something meaningful to say.

Not just anyone, then.
Elias: No. Like, Kendrick is telling a story. How is the music scene back home in Sweden then?
Elias: There’s a lot of stuff going on back home, for sure. One of my friends, Daniela Bonn, is a really good singer; she’s gonna be a world star. There are some really great people out there in Sweden.

Listen to Down N Out by Elias below.