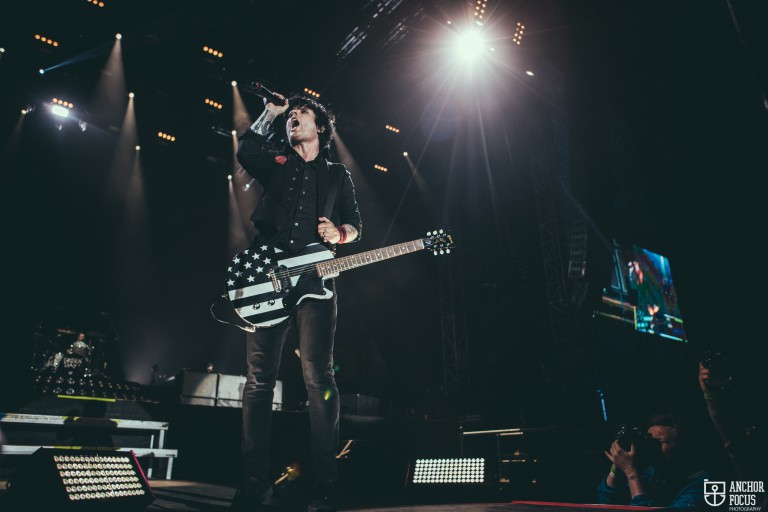 Green Day are back with a bang!

Billie Joe Armstrong and co. announced their grand return this evening after much speculation in the form of the larger than life HELLA MEGA TOUR alongside special guests Weezer and Fall Out Boy. The Interrupters will open each night.

The expansive tour – which is presented by Harley Davidson – will see the band play in support of new album Father of All Motherfuckers, which is due 17 January via Warner and follows on from 2016’s Revolution Radio. Lead single Father of All… can be streamed above. Both Weezer and Fall Out Boy have also released new music. Listen to The End of the Game and Dear Future Self (Hands Up) below.

The details and dates for the jaunt were unveiled via a comedic fight scene clip featuring Steve Carell, and can be found here. The run includes nights at Groningen’s Stadspark, Paris’ La Defense Arena and – curiously – Huddersfield’s John Smith’s Stadium. A full list can be found below.