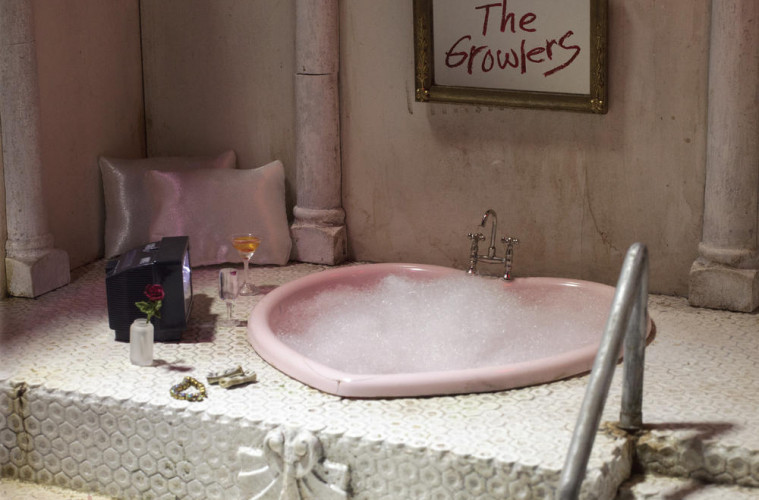 The Growlers’ Casual Acquaintances: A Return to Form

As an artist, it often pays off to revisit the core of your musical existence and figure out exactly what it was which made your music so appealing in the first place. Even more so if your career has followed the kind of trajectory which allowed for bouts of experimentation further down the line which were more divisive than you’d have imagined. This much was true for The Growlers, whose 2016 album City Club saw them shed their trademark ‘beach goth’ roots for a slick sound aided by the presence of The Strokes’ Julian Casablancas. It was an album which, despite being incredibly solid from start to finish, alienated the band’s growing fanbase and indicated a new chapter in Brooks Nielsen and co.’s book. This chapter (which was spearheaded by signing to Cult Records) seems to have been short-lived, though, with the release of today’s surprise album Casual Acquaintances suggesting that – at least in part – it’s once again all change for The Growlers. Gone is City Club’s slick sheen, having been replaced by a lo-fi, DIY sound which harks back to the band’s Are You In Or Out? beginnings. Also gone are the people at Cult Records, whose presence in and amongst the very brief promotional campaign (read: day-of-release announcement) for Casual Acquaintances is invisible. The new album has been put out via the band’s very own Beach Goth Records and Tapes, suggesting that a newfound sense of independence has freed Nielsen and consorts from the shackles of many a major label. But is the music any good? In short, yes. The record, comprised of ten tracks and spanning thirty minutes, kicks off on the short but sweet Neveah, a brief love letter underpinned by jangly guitars and simple percussion. It serves as a taste of what’s to come over the course of the next 29 minutes, with lead single Problems III‘s synth-led intro making for Nielsen’s pensive, washed-out vocals. You can definitely spot a lingering sense of City Club-ness on the track, which makes sense when you consider that all of these songs are “demos, works-in-progress and other unfinished business” from the band’s City Club sessions. Regardless of where the songs came from, you can definitely treat Casual Acquaintances as a proper album. “Time can be sublime till it’s no fun, but all in all time has treated us fine” sings Nielsen on Problems III’s chorus, his tone rather demure and contrasted with a happier instrumental undertone. It bears resemblance to 2013’s Gilded Pleasures album, much unlike the cleaner Heaven in Hell. Diehard fans may recall this track leaking last year in unedited demo form, with the final studio version bearing little difference. It’s the first instance on Casual Acquaintances of The Growlers “taking it back to the beach“, something which Nielsen told All Things Loud in 2016. There’s an unmistakable groove spread out across the track, something which is spearheaded by bassist Brad Bowers and percussionist Richard Gowen, both of whom formed an integral part of the band’s City Club tour. Pavement brings Nielsen back down to earth following Heaven in Hell’s dreaminess, introducing darker synths and bell chimes. “I’m no longer stuck between the pavement and the boot” sings Nielsen as he talks of wanting to “die like another John Doe“. “Forget my name, leave me behind to fade away” he continues, sounding like a man defeated by the world and ready to welcome the end with open arms.

Some fans may recall hearing the slightly absurd Decoy Face in a trailer for last year’s The Growlers Six, and its placement on the new album couldn’t make more sense than it does when you understand its potential lyrical context. Nielsen sings of “putting on a decoy face” and “doing his best” while everything collapses around him (“…everyone walks away…”), potentially hinting at the inter-band fallout which preceded City Club and the sudden departures of bassist Anthony Braun Perry and drummer Scott Montoya, the latter of whom was a driving force in the nailing the band’s classic sound. “I thought I hated gambling, now every day’s a deck of cards” may well be one of Nielsen’s best lyrics to date, his delivery sounding just as demure as on Pavement. Orgasm of Death serves as Casual Acquaintances’ strongest track, setting the bar very high for the seconds half of the record. It’s one of the punchiest tracks on the whole album, maintaining an upbeat pace from start to finish as Nielsen reminisces about love, misery and the “fear of going back to find all the nothingness we left behind“. There’s another sense of defeat on Orgasm of Death, its impact easily recognisable despite a relatively lively instrumental backing (which even features occasional brass interjections). It’s worth noting that the entire album is filled to the brim with some of the band’s best instrumental work to date, something largely down to the skilled interplay between guitarist Kyle Stratka and primary songwriter Matt Taylor, two of only three surviving members pre-City Club (Nielsen being the third).

Drop Your Phone in the Sink is the most intriguing track on Casual Acquaintances, operating on an incredibly country-esque wavelength as it finds itself underpinned by a bouncy rhythm and a very faint theremin. “The only people getting in tonight better check their mind at the door” sings Nielsen during the second chorus, later referencing “pouring sand in your gin” among other quirky activities which perfectly suit the track’s playfulness. There are obvious mentions of worry and doubt, although their emotional impact is quashed by the sonic happiness the track’s instrumental backing presents. Thing For Trouble further hints at the pre-City Club fallout as Nielsen muses about being lucky and messing around. “It might sound like I’m down but I think that I’m trying to be positive” he declares, referencing the high level of emotional insecurity he’s displayed throughout the album. His voice is as raspy as ever on Thing For Trouble, with the track coming to a calamitous end by means of brash instrumental clattering and a faint siren. Penultimate song Last Cabaret is one of the weaker cuts on Casual Acquaintances, opting for a middle-of-the-road vibe which bears resemblance to the latter half of City Club. The album eventually wanders towards a jangly end on title track Casual Acquaintances, which features faint background conversations and a gritty synth as Nielsen ponders “how I’m here again”. His lyrical approach on the final track centres on people who talk about one another behind their backs, something which happens all too often in the overbearing world of music. “Too many things to do, with nothing good to say; just more clouds on a sunny day” he sings, suggesting that he’s finding a positive way out of the demure situations he’s often found himself in over the years. It’s an open and positive end to an album which couldn’t have come as more of a surprise had the band tried.

On Casual Acquaintances, The Growlers find themselves in an incredibly strong position. It’s also a welcome return to form for a band who were in danger of losing everything which made them so special in the first place. Sure, Casual Acquaintances is by no means a full-on Beach Goth album (key elements do linger) and there are no Hot Tropics-worthy cuts, but that’s okay; rather, it’s an album which picks up on the sheen provided by working with Julian Casablancas on City Club, injecting it with a hefty dose of the DIY vibe and attitude which The Growlers’ earliest works are lathered in. This is also reflected in the faux-chic artwork, one which depicts a miniature heart-shaped hot tub in a dirty bathroom and the band’s name scribbled in lipstick on a steamy mirror. Does this mix of dirt and chic ring a bell? Because nothing else is as representative of Casual Acquaintances’ impact as these two contrasting concepts. Casual Acquaintances is out now.