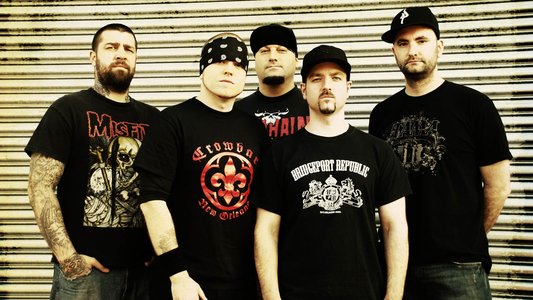 The ashes of a deceased Hatebreed fan were scattered onstage during the band’s show in Cleveland earlier this week.

Guyot, who unfortunately passed away last year, was a massive fan of the band. It was a final wish to have his ashes scattered onstage at a Hatebreed show, something which the band did earlier this weekend during a gig in Cleveland. They further dedicated classic track As Diehard as They Come to Guyot.

In a post to Facebook, the band wrote: “RIP Dennis Guyot. His wish to have his ashes spread out on the #HATEBREED stage last night in Cleveland. We did it and dedicated As Diehard As They Come to him! A true Hatebreed diehard in life & death!!”

Check out the accompanying picture here.