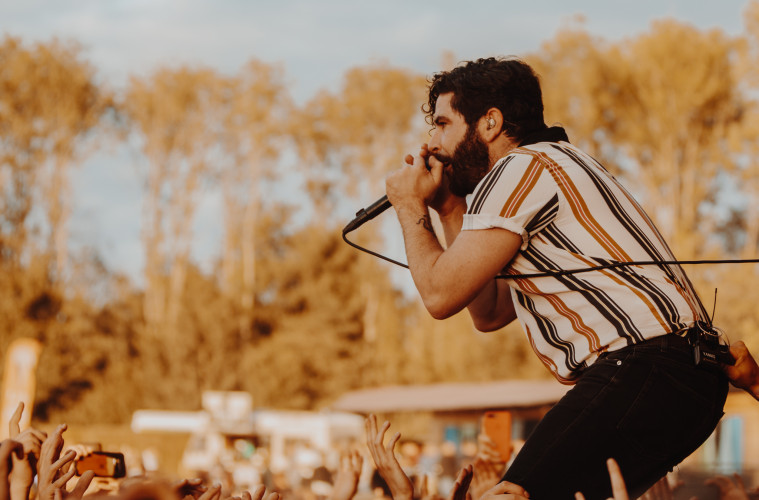 Picture this: you’ve gone out to see a hot new band at your favourite local club, and you’re ready to have a great time. And you’re having that great time, until the music starts. For you see, the opening notes of a song have, in the last two decades, meant something completely different to groups of Dutch concertgoers. It’s not an indication that the show is starting; rather, it’s an indication that Pieter can now turn to his mate Jan and ask him how his day was. The final notes of a live show subsequently let Pieter know that he can now go home and text Jan, thanking him for the fun night. “Het was echt gezellig man!”, he might say as you get on your own train, frustrated by the fact that a great live show was marred by two loud mouthed ‘fans’ with nothing better to do (or say). Does this sound familiar? That’s because it’s a phenomenon called The Dutch Disease. And it also sounds annoying, right? That’s because it bloody well is.

The Dutch Disease is a social phenomenon which dates back at least fifteen years (probably longer, in fact), an era where live music slowly transitioned from the full musical experience to something more passive. Something which you could enjoy whilst also enjoying the company of your mates. Something where the music didn’t matter as much as it used to. And something which could be considered just as much of a throwaway activity as, say, popping down to the shops with a pair of headphones on. It doesn’t matter which show you go to, because there will always be someone around to ruin the party. There isn’t really much more to it than that: Dutch people just can’t help themselves somehow, and it ruins things for everyone in direct vicinity. Rest in peace to all of the singer songwriters whose shows became drowned by voices because the Jan’s and Pieter’s in the room couldn’t help themselves. Not every show (or festival, for that matter) is like this, of course, but it’s safe to say that it’s a recurring problem up and down the country in some capacity at least 75% of the time (if we were to hazard a guess). If you’ve been to a show which was part of that golden 25%, then give yourselves a pat on the back. You probably know who you are.

It’s not like this topic hasn’t been discussed before, though (there have even been attempts to quash it). It’s a common complaint on social media, in friend groups and at the actual shows, but with live music being such a fun and carefree experience it’s often a minuscule gripe people are afraid to confront head on. But all of these ‘minuscule gripes’ slowly but surely multiply, and before you know it you’re in a room surrounded by chatters and phone scrollers who have the actual music firmly rooted in third place, behind their mates and the beer in their left hand. And then you’re screwed. Why ruin something for others for your own entertainment?

It’s obvious that this isn’t just a Dutch problem, but if you were to visit concerts or festivals in five different countries you’d definitely find that people in the low lands like to talk the most. Americans and Spanish come close, but are still a way off, whilst French and Japanese crowds use time spent talking to actually enjoy themselves and show respect to the artist. We’re not trying to say that all Dutch concertgoers are consistent blabbers, but just that it’s far more of a problem in these regions than elsewhere. The Dutch live music scene is a beautiful one, with so many brilliant venues and wonderful live shows to behold, that it would be a shame for its visitors to garner this kind of reputation among other countries. What makes the Dutch such prolific talkers, though? Is it a cultural thing, or are they just not as bothered by live music in the same, immersive capacity as other countries are? Perhaps we may never know, but it would be very interesting to find out. Watch this space…

So please, Holland, for the love of god: stop talking through concerts and festivals. You’re ruining the experience for everyone around you and gaining absolutely nothing from it in the process. If you’re really so invested in what your best mate did at the weekend, go grab a pint. But don’t ruin live music, because it’s just not worth it.