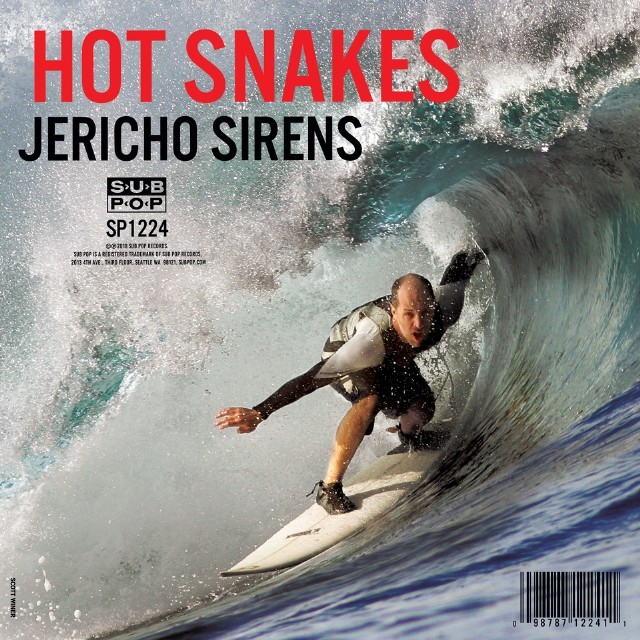 Hot Snakes Are Back, And It Was Worth The Wait

When a band says they’re reforming, I usually get that sinking feeling that they’re going to fuck it up so badly that they’ll release something so bad it’ll actually make you think less of their music from the first time around. Long gone are the days where any form of reunion would be met with excitement, sure that it was because of some authentic artistic motivation. In the hologram era where even post-mortem reunions can be possible, enough terrible examples have passed that these days it’s usually met with suspicion and fear. Of course, there have been exceptions, but that is what they are, exceptions. Even mediocre returns can be lauded just because people have become so accustomed to Pixies-levels of name tarnishing. When a band reunites to play live, I almost breathe a sigh of relief. Sure, enough time may have passed between them writing the song and playing it now that they’re almost a covers band of their younger selves, but at least it can’t taint what came before. However when they decide to create new material, then experience has taught us to be sceptical. Hot Snakes had been playing live since reforming in 2011, and seemed happy enough cycling through their incredible back catalogue while doing so. That was until they decided to underline their reformation with a comeback album and the pangs of concern reared their heads once again.

Relatively, I still felt optimistic, because, well, it’s Hot Snakes. Of all of the amazing musical projects that Swami John Resi and Rick Froberg have been involved with, Hot Snakes have always been my favourite. Drive Like Jehu may have had the wild creative edge, but there’s a certain swagger with Hot Snakes that just felt so damn self-assured. With three classic albums of some of the most satisfyingly vitriolic post-hardcore ever made, surely no-one involved would be willing to record new material if it wasn’t right. Hell, they even signed to a new label, Sub Pop of all labels which suggested that this was no afterthought. It clearly wasn’t a decision taken lightly to record new music and showed that this was a band looking towards pushing things forward rather than just doing a victory lap.

I could almost feel the tension the first time I went to press play on new album Jericho Sirens, a slight nervousness mixed with excitement as to what it was going to be like. Moments later the powerful chords of I Need A Doctor put an end to any doubts that could possibly remain. Within seconds Froberg was pronouncing his need for medical help in the most satisfying way since Pissed Jeans did so on Health Plan. It’s a furious opening that never lets up throughout the whole song. It contains so many of the traits which are so recognisable with Hot Snakes’ sound yet simultaneously feels so familiar and vital. Much like how Audit In Progress’s Braintrust was the sort of album intro that grabbed you by the lapels and slapped you till you couldn’t stop noticing it, this is the sort of song that makes it clear this is not a band who’re ready to settle. The frenetic pace continues with Candid Cameras and What Don’t It Sink in? taking things to a chaotic level of intensity that’s some of the heaviest music the band have ever recorded. It’s only in the last third of Candid Cameras that the assault breaks into a relatively melodic middle eight that’s over as quickly as it begins, but over repeated listens this moment becomes one of the highlights. It’s a subtle change, but it’s the subtleties in the maximalism that create a lot of this band’s most interesting moments. By the time Six Wave Hold-Down kicks in, part of you just enjoys the relative respite in distortion from what came before, but it quickly becomes apparent that the appeal is not just in the pace change but in the efforless coolness that the song encapsulates. Much like how Sleater-Kinney’s comeback album was so successful in focussing on the strengths the band always had and creating new songs in that vein, this is Hot Snakes showing complete self-awareness in knowing what it was about the band that made people love them in the first place and focusing in on it. Straight after that come Jericho Sirens and Death Camp Fantasy putting the album’s three best songs back to back to create ten minutes of perhaps the finest Hot Snakes music they’ve ever made. The sing-along chorus of Jericho Sirens sounds written for the stage, the sweaty masses chanting back as loudly as Froberg in unison at that moment, sending a shiver through you that makes the hairs on your arms stand on end. Death Camp Fantasy kicks in with the sort of chorus hook most bands would kill to be able to write, with a groove throughout that you can’t help but move your hips to. You almost feel sorry for the rest of the album having to follow these three tracks, but Having Another? gets around this by upping the intensity levels again, dispelling any risk of a ballad sneaking in there in the middle.

There’s not a misstep on this album, probably helped by keeping it so short, the intensity levels being maxed out throughout the thirty minutes of runtime. Anything longer and the singularity of pace might become jarring or need more dynamics to stop the aural exhaustion, but in this condensed package, this is Hot Snakes at their concentrated best. You can barely make out what Froberg is singing in most songs, so wild is his vocal delivery, but it barely matters. Anyone worried that the band might have calmed down in the 14 years since their last release has nothing to worry about. What comes next for the band? Who knows, but as far as comebacks go, this ranks up there as one of the best.