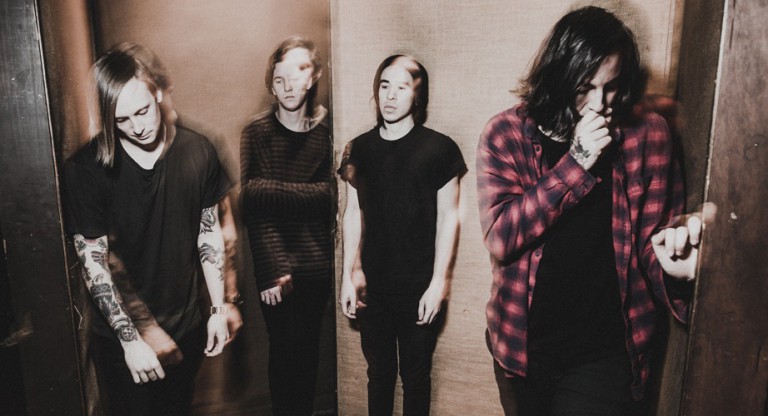 How Capsize Are Paving the Way for the Future of Metalcore

In the last ten-odd years, metalcore has had its fair share of evolutions and devolutions. What started off as a product of the MySpace generation has grown into a genre with far more significance than most ‘heavy’ musical sub-categories. However, nothing lasts forever and 2016 has become a trying time for the genre. We live in a world absolutely overpopulated with bands who all try to strive for the exact same sound, somewhat (unknowingly) helping drive the genre down into the saturated ground. Thankfully, though, there are young groups emerging who pack enough punch to claim the throne for themselves and send metalcore in a whole new direction. Equal Vision/Rude Records outfit Capsize are one such band, with new album A Reintroduction: The Essense of All That Surrounds Me set to come out on Friday.

The record has been met with positive response from both sides of the Atlantic, and quite rightly so. The Daniel Wand-fronted Californian collective know exactly where to draw the line when it comes to combining brutal metalcore with elements of industrial rock, Manson-esque subtlety and heart-wrenching emotion. Over the space of ten tracks, A Reintroduction… flitters between all these things, most notably on album opener XX (Sew My Eyes). It takes no time for the track to kick in, encompassing a mixture of hardcore and clean vocals from the word go as vicious guitar stabs battle with demonic percussion. “I’ll sew my eyes shut if that means I won’t see you again” declares Wand during the chorus, the raw emotion in his vocals ever-present throughout the whole record.

You could argue that the album follows a very standard metalcore formula, however there are plenty of instances on A Reintroduction… which aim to prove otherwise, such as the fragile Safe Place, which wouldn’t sound too misplaced on a pop-centric record. Subdued electronic percussion and ambient electronic wails intertwine alongside guitarists Ryan Knowles and Nick Lopez, both of whom have an extremely valid contribution not just on the nearly guitar-free Safe Place, but across the whole record. Knowles and Lopez’s crowning moment comes on the menacing Split My Soul, which is the perfect combination of radio-friendly choruses and pit-ready riffage. The band follow a different path from the off, opting out of traditional drops and not holding back whatsoever in regards to intensity throughout. On A Reintroduction…, Knowles and Lopez manage to redefine what it means to be a modern day metalcore guitarist. It’s not just the guitarists who are helping redefine the genre, though; drummer Andrew Tamayo is a wizard at adapting to the rest of his band’s various speed settings, a group who are surprisingly not completed by a bassist in the studio.

Why Capsize, though? Why not counterparts like Hundredth, Landscapes or The Color Morale? Well, Capsize have something which is undeniably special. A Reintroduction… isn’t just a metalcore-by-numbers record; rather, it’s an opus which comes from the heart. Wand stated ahead of the record that he wrote lyrics which he felt he “needed to hear”. “The title represents what the album does for the band, and me personally. It’s a reintroduction of who we are as a band, in reference to the things that have led to this point in my life.” It’s certainly not just an ordinary record, then. It may seem that way on the surface, but A Reintroduction… takes many a listen to fully grasp and understand. Tracks like the anthemic Favourite Secret, MySpace-light You Got the Wrong Idea and pulsating finale The Same Pain possess so much energy and emotion that it seems almost like an abundance of catharsis has been released in one go, knocking down everything in its path. Catharsis obviously refers to releasing emotion through art, and this is something which Capsize have done whilst seamlessly blending every single element under the metalcore sun and producing one of the year’s finest records. It won’t be long before bands like Capsize (and their aforementioned counterparts) start to change the way in which we not only listen to metalcore, but also how we perceive it.

A Reintroduction: The Essence of Everything That Surrounds Me comes out on Friday (22 July).