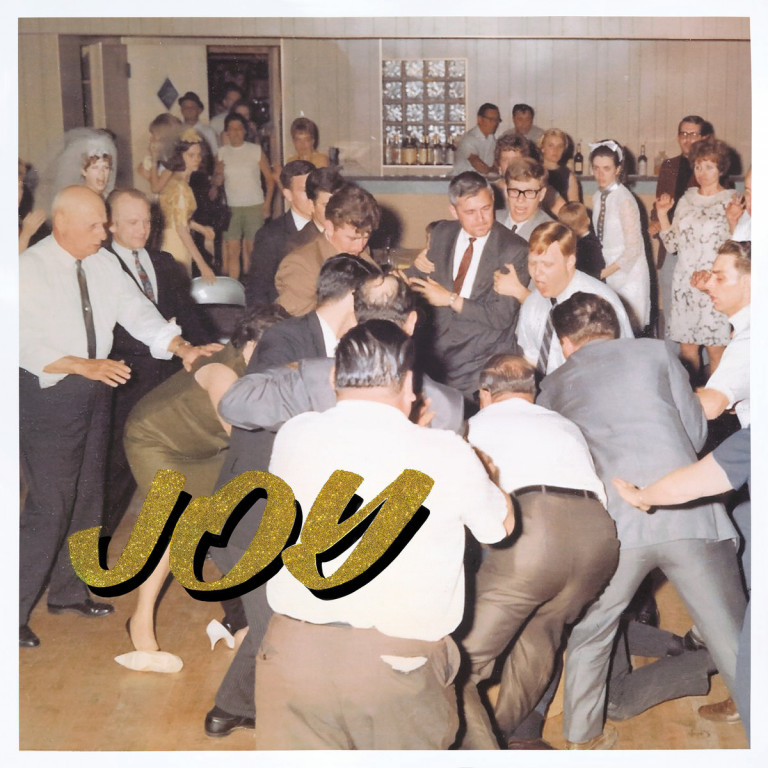 IDLES and Their Joy As An Act Of Resistance

When was the last time you changed someone’s mind? Not just explained your viewpoint or got them to listen, but actually got someone to end up with a different opinion? Christopher Nolan had to construct an entire sci-fi drama about it in Inception just because the concept seemed so far-fetched. Discussions turn into competitions of debate where listening is replaced with the mental preparation of your next sentence. We don’t have the time nor means to research every single thing that happens in our lives, so we turn to our ‘tribes’ where we find strength and solidarity in other supposedly like-minded people. In an age where our news is customised to please us, these viewpoints feel more polarised than they have before. On subjects from Trump to Brexit, people are not only divided in their opinions, but they struggle to even consider opposing viewpoints as sane. We are divided, and divided we fall.

It goes without saying that IDLES are a politically left-leaning band. On their 2017 debut album Brutalism, they weren’t shy in expressing their beliefs. “The best way to scare a tory is to read and get rich” sang frontman Joe Talbot on their breakthrough hit Mother, a song which also modified a Margaret Atwood quote to turn its attention to the causes of rape culture, rather than the symptoms. These aren’t lighthearted subjects, and IDLES’ directness made their stance on these issues very clear. The album’s core narrative revolved around the death of Talbot’s mother, who he’d been the carer of after the death of his stepfather. Despite these tragic circumstances, Talbot managed to find a way to infuse a type of dry wit into his lyrics that combined with his intense, clearly enunciated delivery, making the vocals the focus of the album. It was a masterpiece that infused elements of hardcore and pop into a modern reimagining of 70s punk, oozing with the personality that their earlier EPs only showed hints of. Its simplicity and directness was its strength, with a vitality and urgency that felt like a call-to-arms, the start of something big.

Inevitably, the pressures of their second album were going to weigh upon them. In fact, their first attempt at it ended up getting completely scrapped with the reason given that they weren’t being true to themselves. They felt a pressure to become more serious, darker and more intense, though it’s not clear whether that pressure was external or internal. Opening track Colossus feels like a testament to this phase, as its dark, brooding introduction gives way to the lighter-hearted, punkier sound of their past after its breakdown. It’s a testament to how good this band are that even on this high concept, it’s one of the album’s highlights. The building layers of intensity reflected in Talbot’s visceral refrain of “Goes and it goes and it goes” do make you wonder whether that other side of them would have really been that bad a thing to see explored.

While Brutalism focused inwardly on personal experience, everything about Joy As An Act Of Resistance seems to turn its focus outwards, looking to inspire rather than be reflective. The album title is no afterthought; rather, it’s a mantra that eloquently ties the album’s themes together. Never Fight A Man With A Perm, Love Song and Samaritans all tackle different aspects of traditional male roles and toxic masculinity, the predominant recurring theme that seems to encapsulate everything IDLES are about. Framing the line “I kissed a boy and I liked it” as the payoff that Samaritans spends its runtime building towards gives it a next-level feeling of significance, which is clearly intentional. This isn’t the only theme of course, and as always they don’t shy away from argument-inducing subjects with songs covering subjects like class divide (I’m Scum), immigration (Danny Nedelko) and Brexit (Great). What is slightly unexpected is that rather than focus on demonising those with differing views to their own, the prevailing theme is to bring people together, to look past our differences and humanise these often-sensationalised matters. Some may argue that this means the lyrics lack bite, that it shows a weakness or uncertainty in contrast with their demographic’s collective opinions. They feel more like a band who genuinely want to and believe they can make a difference by trying to find pragmatic ways to end this demonisation. Rather than alienate, they try to bring people together. This theme is echoed in the musical simplicity that these tracks have, which put Talbot’s direct lyrics at the forefront. If you thought Brutalism was direct, then this is on another level.

The most notable exception to this is the album’s centrepiece June, a song about Talbot’s daughter who died during childbirth and during the creation of this album. Lyrically and musically it sounds like nothing else on the record, it’s grungy dirge giving the pace a slight respite. While Brutalism saved its moment of delicacy in Slow Savage at the end of the album, this time they’ve positioned it centrally. It’s the sort of experience that no-one would wish on another, and its stark lyrics don’t shy away from its harrowing subject matter. The repeated closing refrain of “baby’s shoes for sale, never worn” is a testament to Talbot’s lyric writing prowess to create a sentence bearing such vivid, emotional pain. The track feels necessary as a way of IDLES practising what they preach. If they expect people to be more honest, open and vulnerable, then it’s only fair that they share their own moment of stark transparency on a life-changing experience which people aren’t always encouraged or comfortable to share. By breaking down boundaries, they encourage others to do the same.

The album is full of highlights and is front-loaded in a similar way that Brutalism was. However, when the majority of the songs on the album are brilliant, criticism feels a lot less heavy. Only the last three tracks lack the punch and cohesion of the rest of the album. The coked-up city boys at a funeral at the centrepiece of Gram Rock feel like a relatively easy target and its subjects get off lightly with relatively abstract lyrics (though Tom Hiddleston’s stylist may disagree). A cover of Solomon Burke’s Cry To Me is an unexpected inclusion where even with its adaptation, the 12-bar format feels at odds with IDLES’ knack for simplifying something which had already been simplified. The song is often credited as having brought country, gospel and R&B together to invent soul music (which may have a thematic relevance), but it’s not all about the symbolism. Closing track Rottweiler is one of the few times where the band haven’t been able to capture their raw live energy on recording, with the regular set closer sounding relatively flat compared to its cataclysmic sibling. Its simplicity may enable more antics on stage than usual, but the studio version doesn’t manage to justify its position as the song with the album’s longest runtime.

As before, these songs have been written for the stage, and it’s the environment where IDLES make the most sense and have built a reputation as one of the most exciting live bands on the planet right now. Their inclusive, frantic and often ridiculous stage antics always seem to be delivered by a band genuinely happy to be where they are in the moment, and that positive energy is contagious. Though there are many bands who have a reputation as good live performers, there are few who have the sheer impact that IDLES have managed to achieve, which is undoubtedly a key part of their word-of-mouth popularity. Their love of what they do is clear. There are multiple moments on the album that you can already mentally frame as being highlights on stage. For them to do anything different just wouldn’t feel right.

Though Joy As An Act of Resistance has its flaws, it’s one I can’t stop listening to with huge amounts of satisfaction. It’s a pure abrasive joy, as the title suggests. The highs still put them ahead of their peers and it’s more than a worthy follow up to Brutalism, despite there being barely a year between the two. They have a knack for creating these powerful vitriolic anthems whose success can’t be more understated. It surges with adrenaline, gives teeth to progressive ideals and feels aggressively inclusive in a way like no other. The simplified approach has put the focus on their strengths and shows a self-awareness that’s far beyond their year. Whether or not this album will achieve their loftier goal of drawing in those who would otherwise be triggered by liberalist thinking is another matter. It’s certainly an album that could propel them to another level of popularity with a relentless touring schedule already in progress to help that. Regardless of the outcome, the approach definitely has a braver, unique take on politically driven music than the alternative of ranting about the right, preaching to the choir. However, even in their sympathetic tone, their true opinions can’t help but leak through. Great, for example, may be described by the band as Brexit neutral, but by opening with the line “Blighty wants his country back, fifty-inch screen in his cul-de-sac” it’s pretty clear which side you sit on with the debate. While it may be hard to achieve that true neutrality, you can’t deny the honesty in Talbot’s attempts to speak of true unity. His distaste is clear, but to lie would be disingenuous. The truth will set you free and who knows, it might even change your mind. Joy As An Act of Resistance is out now.