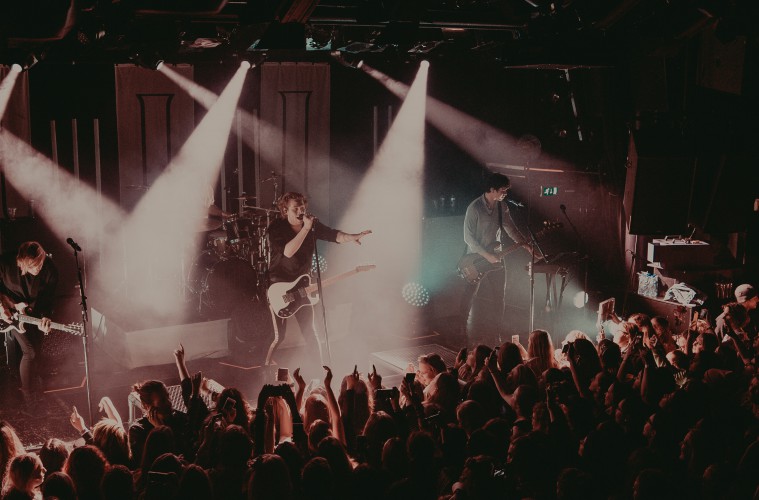 It’s been a little less than two years since Australian pop rockers 5 Seconds of Summer took to the Dutch stage. Back in 2016, the quartet rocked a packed out Ziggo Dome in front of some 17,000 fans for two consecutive nights, cementing their status as arena-ready rockers whilst also demonstrating how easy it is to take the fast lane when you have backing from boyband sensations One Direction (a group who took 5SOS under their wing early on). In fact, the only Dutch headline shows they’ve played over the course of their illustrious-yet-short career have been in the Ziggo Dome, selling it out no less than three times. Last night, as their third studio album loomed ever nearer, the band took to one of Amsterdam’s most intimate rooms as part of a “vibe tour” – the 750-capacity Melkweg OZ. Tickets, as you’d expect, sold out in a matter of minutes, having been restricted to two per person whilst also being sold on a personalised basis. These stringent measures were all for the better, though, as it ensured that only the most dedicated and genuine fans (some of whom had been in line for three days) would find their way into the confines of the Dutch sweatbox. Over the course of thirteen songs, Luke Hemmings and co. took their fans on a nostalgic trip whilst also introducing the first hints of their upcoming studio album. Five new songs appeared, culminating in a powerful rendition of mature comeback single Want You Back. Jack Parker went to check it out.