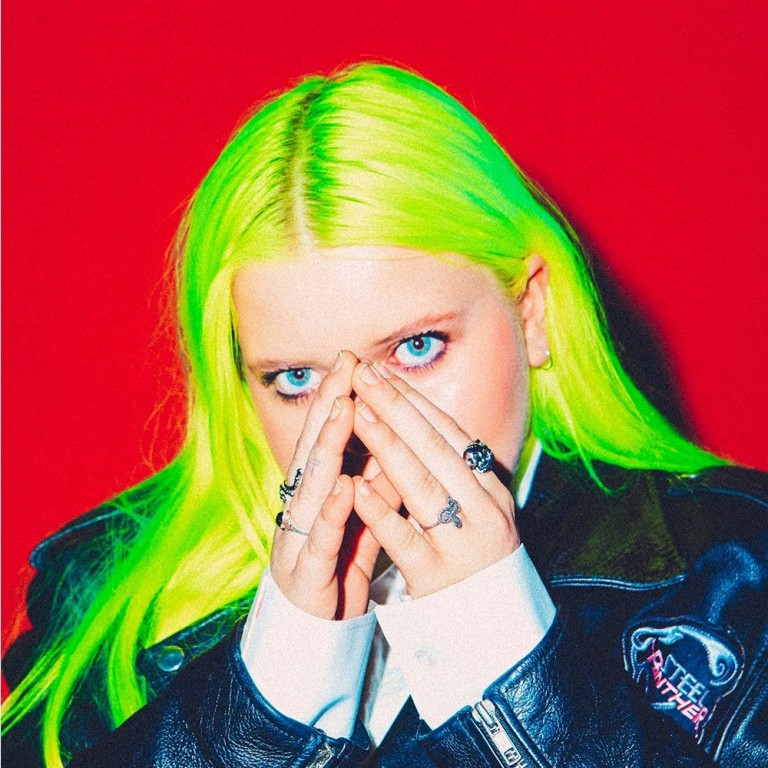 Finnish sensation ALMA is one of ten winners for this year’s EBBA Award. She’s no stranger to Groningen, having taking to the stage during Eurosonic Noorderslag in 2017, only to return once more this year. We caught up with her to discuss her manner of incorporating multiple genres into one coherent whole, the success of Scandinavian music and what it takes to stand out in the saturated electro pop market.

Is this your first time in Groningen?
No! We were here last year to play at Eurosonic too.

So this’ll be your second time. How did it go last year?
It was our first performance at this kind of festival, and we played a small venue. It was full, though! It was our first festival, so it was very fun. I was nervous too, though!

That was the start of your year. How did the rest of 2017 pan out?
It was crazy! First we did these little industry showcase events, and then in the summer we played at all of the real proper festivals, and for our last one in Berlin there were 20,000 people! At 1pm! It was fucking crazy. It was great to close the whole festival season out with that.

So you were at Eurosonic in 2017, and now in 2018 you’ve won an EBBA Award. How does that feel?
You know, it’s kind of crazy. Last year was a big year for me and my career, so it’s great to receive these kinds of honours.

There’s a heavy Scandinavian focus on Eurosonic this year. What do you think makes music from that region so appealing to listeners outside of it?
I think Scandinavia is just interesting. People in Scandinavia always try to find something new and strange. Tourists now come to Finland and Sweden and everywhere, so with music people want to discover something new, something real; something interesting.

What’s the music scene like at the moment in Finland? You don’t hear as much from there compared with Norway or Sweden.
It’s a very small scene. I’m the only one who’s making an international career out of my music at the moment, so it’s great. It does feel slightly pressurising though considering I’m the only one who is really making it. I really hope that, one day, I can say to people that I made it possible for other young artists to grow. We just need one big success!

And then the rest basically follows. Are there any acts back home who you think are exciting right now?
There are exciting ones, but I think that people are quite shy. People at home tend to look for the easy way out by just making classic Finnish music and Finnish albums, but there are some rappers who I find very interesting.

You notice that Scandinavian music places a heavy emphasis on pop and electronic elements. What do you think makes it so important for up and coming artists to stand out?
I just think, y’know, that you need the it factor. Everybody needs to have their own it, their unique aspect. When I look for new artists I always want something real. Nowadays there are so many artists who are looking different and singing about things that are ‘a bit different’, and I hate that. I don’t care if you’re singing the easiest songs or wearing H&M jeans and a t-shirt, I just want something real, where you can feel that they’re singing something real.

I also noticed the patches on your jacket, Steel Panther and Metallica for example. Do you draw a lot of outside influence from heavier music and work it into your own stuff?
Yes, definitely! I love punk music, and I love the whole punk scene. I love to go to punk events because I love the punk attitude, those kinds of places. I love that scene, even though I’m making absolute pop music. What I love about the pop world, though, is that you can do whatever you want. You can have pop music which is related to rock and roll or rap, or you can have pop music which is related to soul, or jazz. Now I’m making my album, and many of the songs are influenced by my love of the punk scene.

Will you be bringing any collaborators out for the album as well?
Yeah, definitely. I’m gonna put something out very soon. It’s not going to be the album yet, but something where I’m collaborating with different new artists. It’s a very special project which I’m looking forward to releasing.

I just want to focus on your relationship with social media. Do you see it as more of a drawback or do you use it to your benefit?
I think social media helps me! I love it and I hate it, because it’s also a pressure. You need to keep posting a lot of pictures, and when you go on holiday you’re supposed to give your fans a little sneak peek of what you’re doing – I fucking hate that. Then again, if I were thirteen then I’d love to know what my favourite artists are doing. So yeah, I love it because it’s so intimate, but at the same time people can be very fake too.

ALMA’s debut album is expected at some point this year. Watch the video for Chasing Highs below.