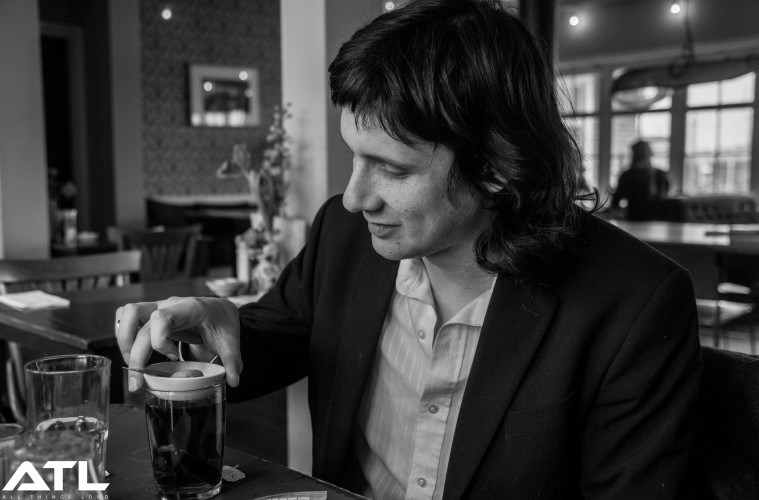 Inside the Mind of Foxygen’s Sam France

When indie rock duo Foxygen decided to announce a farewell tour back in 2015, many thought that one of music’s most turbulent acts was ready to call it a premature day. However, all was well within Camp Foxygen as the subsequent tour was merely a “split” of the fictional group Star Power, who were documented on the group’s 2014 record …And Star Power. The record was a cataclysmic journey through vintage musical weirdness, making little sense for the most part as frontman Sam France warbled his way through a glam rock-infused LP which went down as one of the year’s most confusing. Now, three years later, Foxygen are back with the old-school/ragtime influenced Hang. Frontman Sam France made his way to Amsterdam ahead of their show at the Paradiso, with co-founder Jonathan Rado still stranded in California due to the fact that he never renewed his passport. We quizzed France about the time between …And Star Power and Hang, before finding out more about each individual track.

Hey Sam, how are you?
I’m good, I’m good. If I start drinking now I won’t remember what happens, though. Haha. I’m so tired!

I just want to rewind to the end of the Star Power era. Why did you decide to come out with news of a Foxygen farewell tour?
I don’t know why I did it. It was honestly something I didn’t think through; I just made a poster and tweeted it and put it online, y’know? It really was the end of that band, the conceptual side to it broke up. That line-up was very much the Star Power band, and we were done with it. I guess it was a marketing ploy, really.

So it wasn’t the end of Foxygen per se?
Right! That band.

Do you think it gave you some sort of clean slate going into Hang?
Yeah, for sure.

So how did you approach it compared to its predecessors?
Each album is conceptual, y’know. We just conceive it, and with Star Power we were in a whole other world which was out of time and space. This time we took influence from Hollywood and the 1930s, something like that. Definitely. When I first heard Hang at the start of December I also got some strong Christmas vibes. Was that particular aesthetic intentional?
Oh yeah absolutely!

For the rest of this discussion I want to go into each individual track and discuss its underlying ideas with you. Let’s start with Follow the Leader.
It was just a really good song that Rado wrote. When he showed me I knew that it would be a hit and that it should be the first single, so I just wanted to write a song with a pretty positive vibe; an anthem.

It channels Mick Jagger on a vocal front too.
Yeah, yeah. It was a really hard song to sing! It’s like soul singing basically, which is really tough to do.

Did you have to go through a lot of practice to get that sound going?
That was just the most challenging one on the record vocally because it has a weird tone. It’s not loud, it’s not quiet. It’s not pretty, but it’s also just kinda yelling. The song is in a weird register for me vocally, I don’t know.

How about Avalon?
That’s just a musical-style song with vague lyrics about the myth of Avalon. I was going for imagery similar to the Arthurian legend or whatever. It’s got a definite Great Gatsby vibe.
Oh yeah, for sure that was the intention! The girls kicking their legs up in their air with jazz hands, for example.

Mrs. Adams?
Mrs. Adams is a murder mystery style song, yeah. It’s a little bit of a maze of a song, yeah.

Was it based on a true story?
No, it’s fictional!

Do you ever have people in mind when writing these songs?
Sometimes, yeah. Mrs Adams is fully fictive though.

America.
That’s just a crazy song that was conceived by Rado in one evening during the recording of Star Power. He just started in a late night haze by playing this strange music. He said he didn’t really know what it was, but that he was going for a more showtune-style vibe. I thought it was amazing, so we pieced a lot of different bits together to make that song. It’s inspired by the Psycho theme in the beginning and at the end too. It definitely has a disjointed atmosphere to it. How about On Lankershim?
The album’s got a lot of Los Angeles and Hollywood imagery, so I guess it was a good idea to have one song which touched base with a different location. On this track we did that with 60s country, giving it a little bit of an LA sound.

It’s also got an Electric Light Orchestra vibe vocally. And Upon a Hill?
Awesome! Upon a Hill is just a little ditty, and I think it was more of a device to tie some of the tracks on the album together.

Then we have the penultimate track, Trauma.
I thought that the record was a bit all over the place at times, so I wanted a track which could even it out a bit. Something very repetitive and emotional, really. It’s the part where the album gets swallowed up the ocean, and this fantasy image of LA just gets devoured by the sea in an apocalyptic situation.

Which then leads us to Rise Up.
It’s the big finale, from a third person narrative. Most of the song is just this ethereal advice, very corny and almost saying stuff like “Brush your teeth, stay in school and don’t do drugs!” I liked it having that tone.

Is it directed at anyone or anything in particular?
I think it’s probably just me talking to myself. When you worked on Star Power you brought out over 20 songs. Now it’s 8. Why so little this time?
I think Star Power is just an abnormal record, so anything that came out afterwards would be a lot more normal for us. I don’t know if we’ll ever do a double album again, but it was a fun experiment.

Do you think it went well?
Yeah. I mean I think it’s the best rock ‘n roll record ever made.

I just want to touch upon the creative process, seeing as it’s just you and Rado. How do you approach a Foxygen song?
A lot of it’s pretty psychic. We have a lot of the concepts already, and we know exactly how the whole arc of the record will be and what we’re going to do. We then chip away at it until we see that vision. We write a lot in our heads too, particularly me. Occasionally we’ll get together for a few minutes and write something together and gather ideas. It’s a result of our friendship; if we’re hanging out then we’ll talk about music and conceptualizing.

A friendship based on music, then?
Yeah!

So how will you be adapting Hang to the live stage when you start your tour? I take it you’ve got a new live band now as well.
Yeah, it’s a completely new band. They’re pros! We’ve got a horn section from England as well as a core band made up of some guys who worked with us on the record.

What about the Star Power songs? How are you going to adapt them into this show?
I think we’re playing How Can You Really! We’re playing a lot of songs from the red triangle album too. I call it that because it’s much easier and shorter!

Hang is out now. Stream it below.