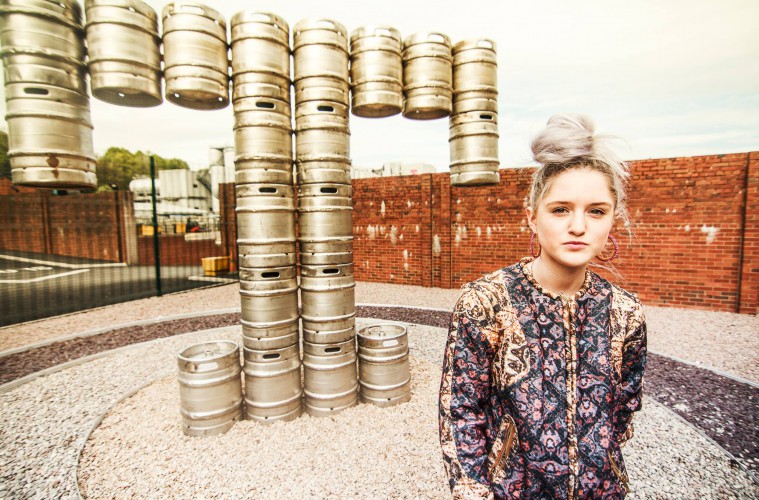 Next month, the Dutch student city of Groningen will transform itself into a musical hub fit for all as the annual Eurosonic Festival opens its doors. Ahead of the festival, we pinpointed and spoke to three of the most exciting acts on the line-up to find out more about them. The first artist we’d like to introduce you to is Scottish songstress Charlotte Brimmer, who operates under the moniker Be Charlotte. We caught up with Brimmer to find out more about her and her music.

Hi Charlotte. How are you? Can you tell us a little bit more about Be Charlotte’s beginnings?
Heeey, I’m good thank you. Be Charlotte is a combination of pop, electronic, digital and spoken elements. We play as a trio, it is live instrumentation built around the production I create using abelton.
Where does your musical/lyrical influence tend to come from?
I like to take influence from the situations I find myself in and always write about things that are real to me. I think it’s so important to write songs with a different message to other songs that are out there. You’re from Dundee. What is the musical climate like there, and in Scotland in general?
There is lots of exciting music in Scotland just now and I feel really proud to be a part of the music scene and also representing it at Eurosonic. I think it’s so important to embrace your own voice and identity, and I’m always really intrigued by artists who sing in their own accents.
Be Charlotte haven’t been around for an awfully long time yet, but what is one memory you definitely won’t forget for years to come?
We recently played with Frightened Rabbit at the most iconic venue in UK, The Barrowlands in Glasgow.  It was the first time we had played to an audience of that size in a venue that size. The people were all so lovely to us and it felt like the right time to step up to that venue.
In January you’ll be appearing at Eurosonic in Groningen, a festival which has kickstarted the careers of many successful artists. Are there any up and coming/newer bands who you’ve been enjoying lately?
There are some brilliant artists in Scotland such as Ded Rabbit, I also really like Rhys Lewis who has a fantastic voice.
Finally – what can we expect from you in 2017?
Our new single One Drop is out in January, and I’m looking forward to playing in Europe for the first time. We are doing Germany, The Netherlands and France in and hopefully more later in the year.We are also going to North America in March and then maybe back to Asia again after that. It’s all very exciting. We will put out some music along the way!
Listen to Machines That Breathe below.