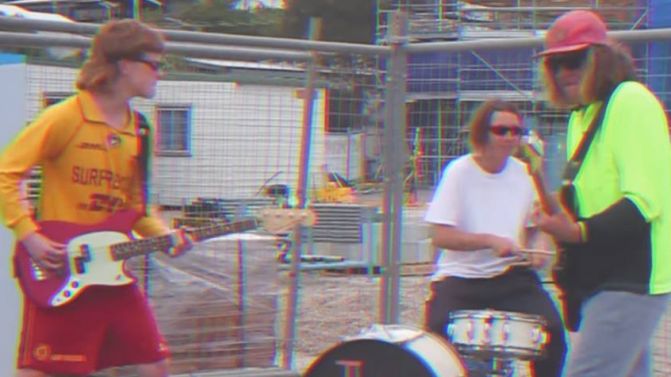 Picture this: you’re making music with your mates, and you’ve just put out one of your first EPs. It’s only racked up a handful of streams, but you’re already on the verge of hitting the big time.

How does that happen? By going viral, of course; something which happened to Sunny Coast slacker punks The Chats last week after having just released their third EP.

Out of seemingly nowhere, their track Smoko (which is taken from July’s Get This in Ya EP) spread like a wild bushfire across the web and expanded their reach well away from the pub stages they frequent.

The track has been picked up by national and international media since it first emerged on Instant Regret’s Facebook page, with the track one of seven which appear on this summer’s sophomore EP. Instant Regret described it as “the most Aussie thing ever“, and we agree with this sentiment so much that we decided to dig a little deeper.

Smoko‘s the sound of a band who honestly sound like they don’t give a flying fuck (they might, but who knows?), and even though the undertones surrounding it are largely sarcastic and comedic, there’s certainly potential for them to capitalize on the success of the viral hit they unknowingly bestowed unto the planet.

We might be clutching at straws now , but we hear promise in their pub punk madness. Whether you like it or not, The Chats may just have become the latest viral sensation to set the DIY scene alight. New EP The Chats is out now, and you can stream it below. Hit up their Bandcamp for more tunes here, and be sure to buy a record so that you can contribute to their beer funds.

For fans of: The Parrots, Hockey Dad, Surf Curse and together PANGEA