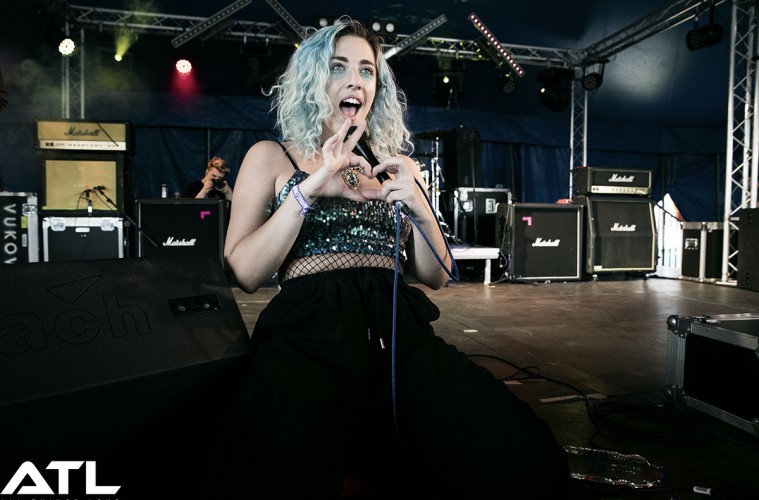 INTRODUCING: The All Things Loud Class of 2018

As is standard, we like to round off each year by handpicking a handful of artists who we feel are going to make a huge impression in the coming twelve months. In 2014, Temples reigned supreme, with Wolf Alice proving to be our most successful pick of 2015. 2016 turned out to be all about Nothing But Thieves, whereas Dua Lipa well and truly dominated 2017 in a way only she knows how. Over the course of the last twelve months, we’ve once again put our heads together and selected 10 acts we think are capable of pulling off great things next year. This is the All Things Loud Class of 2018, summed up by nothing more than their key track and a quick one-liner.

SUPERORGANISM (UK/US)
If spacing out with your mates on a sunny afternoon in the park is your thing, then there’s only band who should accompany your hazy days.

TASH SULTANA (AUS)
The multi-talented Aussie has had a huge year, and her captivating solo show looks set to head another step in the right direction next year.

OTHERKIN (IRE)
Nobody does raw, balls-out punk rock quite like these guys do, so don’t be all too surprised if you start seeing them pop up everywhere in 2018.

KHALID (US)
The RnB vocalist has toured with the likes of Lorde and received critical acclaim from media the world over, so it only seems logical that his next step is a big one.

IDLES (UK)
Found an explanation to attribute to your recurring neck pain in 2018? No? Then feel free to tell all your mates you hurt your neck moshing at an IDLES gig. They’ll understand.

VUKOVI (SCO)
Bringing some much needed alternative sheen to this list are the Scots in Vukovi, whose self-titled debut album enabled them to tour with the likes of PVRIS.

SHAME (UK)
These London punks appeared on 47 different festival stages this year, more than any other band. Let that be a warning, because it won’t be the last you see of them.

PALE WAVES (UK)
They’ve been likened to The 1975, which shouldn’t come as too much of a surprise considering the close relationship between frontman Matt Healy and Pale Waves’ Heather Baron-Gracie.

GENGAHR (UK)
With one album to their name and another one due next year, could 2018 finally be the year that Gengahr make the step from small clubs to big stages?

CONFIDENCE MAN (AUS)
Without giving too much away about the Aussie duo’s mental live show, just watch the below performance to find out why they’re on this list.

We’ll be following each acts’ progress closely throughout 2018, and you can check out a playlist which collects all their best tracks below.