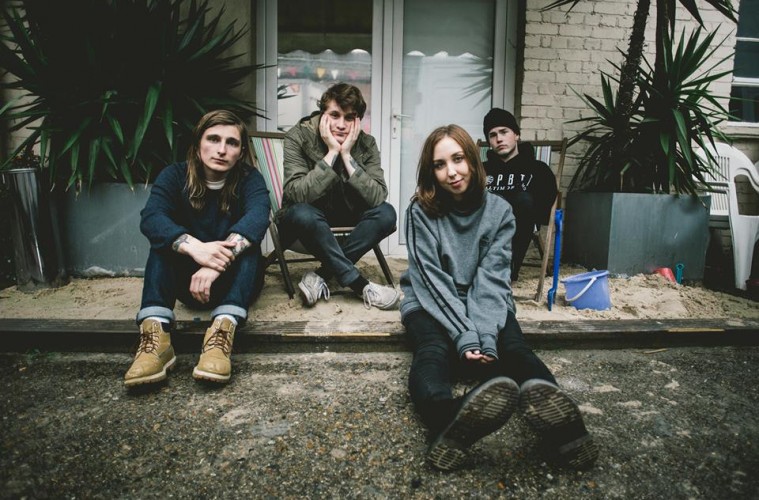 Every now and then, a band comes along who blow all of your expectations and understandings of the ‘scene’ completely out of the water. Having recently signed to the famed Hopeless Records, Bristol outfit MILK TEETH are one such band. Although you couldn’t necessarily place them firmly within one ‘scene’, it seems as though the alternative family are slowly but surely welcoming them with opening arms. Blending in elements of pop punk and hardcore with serene vocals and catchy melodies, MILK TEETH are probably going to be your new favourite band.

Fronted by Becky Blomfield, the band recently premiered a brand new video for the enthralling new single Brain Food. Next month, they’ll be touring Europe with Aussie pop- punkers Tonight Alive, before also hitting the road stateside with Citizen. Not that you could compare their sound with either of the two aforementioned bands, though. Calmer track Kabuki sounds like something which would fit perfectly on something by Speedy Ortiz, whereas Brickwork is a feisty alt-punk cut which crosses over into the higher reaches of anthemic rock.

They’re going to be releasing their debut album Vile Child on 29 January, which will follow-up the two EP’s which they released last year – Smiling Politely and Sad Sack. Whether or not they’re the kind of band who you’ll catch at Warped Tour this summer remains to be seen, however it does mean that they’re the kind of band who could blend in with any festival line-up and not feel “out of place”. Hopeless Records didn’t sign them without good reason, so it seems as though we’ve got a very exciting prospect on our hands.

MILK TEETH will tour with Tonight Alive across Europe next month, including a show at Amsterdam’s Melkweg on 14 February. Don’t miss out on tickets, buy them here. Listen to Brain Food below.