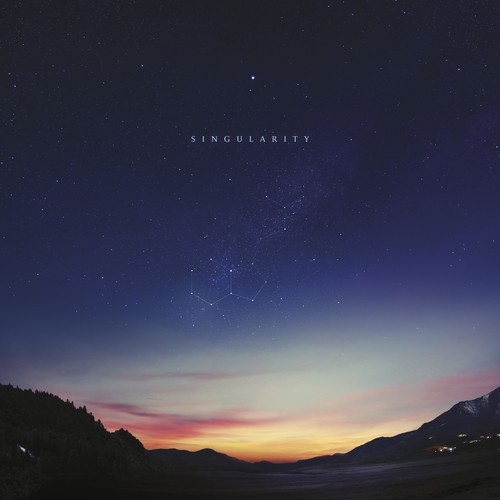 Jon Hopkins’ Singularity: If It Ain’t Broke, Don’t Fix It

It was five years ago that Jon Hopkins released the career-defining Immunity. Since Jon had been fast gaining a reputation as a producer with a form of ambient music that could appeal to the general public, the relative intensity and techno influences of Immunity came as somewhat of a surprise. The album was a huge success, creating a distinct sound that was richly textured but with the patience to let ideas ebb and flow into each other, all aimed right at the dancefloor. The melodies infiltrated your brain, leading each track from the background, arriving without fanfare, gliding along as though it were a journey. He’d created a palatable genre-blurring future-classic which was somehow simultaneously zen yet made you want to move.

Suddenly he was branching out further than clubs, getting prominent slots on festival line-ups with an involved live-show that beautifully matched the style of the music. The album ended up winning the Mercury Music Prize in the UK for best album, a prestigious honour chosen by a panel of industry professionals and other musicians, beating off competition from David Bowie, Arctic Monkeys and Disclosure that year to take it. Its cross-genre, boundary-breaking style won fans over from all sorts of musical backgrounds. His collaborations with Coldplay were some of the only good things that the band had produced in over a decade; it was as though everything he touched turned to gold.

In the time since then, he has kept himself busy, scoring soundtracks, plays and remixing, though since 2015 his output has been near non-existent, leaving us to hope that he was taking the time to work on the hugely-anticipated follow-up. As time went on, the pressure on new material increased. He’s not one to rush an album, with at least three years between each he’s released to date, but you couldn’t help wondering about the pressure that Immunity would have had with such increased attention on his output. He was no longer the underdog, but now the golden boy with the weight of expectations on his shoulders.

When Emerald Rush dropped shortly after the announcement of the release date of his follow up album, it was more than enough to silence any doubters who may have worried that he’d run out of ideas. Though sonically it sounded not too dissimilar to the style he’d borderline trademarked on Immunity, it was a bold statement that despite his soundtrack work, he would not be returning to his ambient days of old. Second single Everything Connected had a similar effect, once again targeted directly at the dancefloor, but with a touch more subtlety in its flow. With two for two, the hype machine began to roll up again, and fears of a letdown seemed more and more obtuse.

Then, the full album Singularity arrived in all its glory. Nine tracks intended to be played as a single piece from start to finish and which encapsulate everything good about Jon Hopkins. He talks a lot about his spirituality and his discovery of transcendental meditation as a recovery from his burnout after the success of Immunity, and it’s immediately apparent. He cites his controlled experimentation with psychedelics as an inspiration for the album as a whole, the integration of synthetic and natural elements being a key part. There’s a clear trance-like patience in his music, though I’m not suggesting that it’s in anyway influenced by the genre of the same name. Through gently loudening synths, rich with distortion, a pulsating warning sound kicks off the album’s opener and title track. The swirling distortion paints a post-apocalyptic landscape as a hi-end beat begins to cut through the noise, accompanied by an arpeggiated synth. The hook is undeniably catchy, remaining consistent through the noise as the beat builds around it, the aggressive sounds eventually calming as the distortion gets stripped away.

Each of the opening four tracks feels like a statement; like a call-to-arms. Their hook-laden intensity looking to silence any doubts anyone might have is a clear statement of intent. The rhythmic synths of Emerald Rush are one of the album’s highlights, the way the fragmented beat cuts through the blissful opening is as satisfying as anything that came on Immunity. Neon Pattern Drum takes a more paranoid tact with the techno influences more prominent and contrasted with the delicate sound of bells, calling to mind the best moments of Pantha du Prince’s collaboration with the Bell Laboratory. It’s not until Feel First Life that things calm a bit, entering the second half of the album where ethereal synth sounds melt into ambient vocal harmonies creating a feeling of peace. Echo Dissolve opens with a gentle reverberated piano melody recorded in such a way that you can hear the sounds of each physical key press, similar to Nils Frahm. The intensity drops right down, with the piano being put to use again to play above the gentle beat of Luminous Beings. The contrast of the intense opening numbers with the more ambient latter tracks is reminiscent structurally of what came before.

In fact, that’s the biggest criticism you can give to the album. Though in many ways it’s built and expanded on the ideas explored on Immunity, arguably improving upon them, there’s nothing really new here. You could almost imagine this being released from the same sessions. Of course, not everything is about reinvention, but it does feel like a surprise and a bit of a disappointment that it wasn’t more forward-looking, especially with the five-year gap. Trends in dance music move significantly faster than other genres, and a lot has changed since his last album. Hopkins himself is quoted as saying that he had the idea for this album years ago, and only now feels technically competent enough to realise its over-reaching narrative arc, but I don’t think it’s as different as he makes it out to be and would argue that was part of the appeal of Immunity also.

It often plays to the safe option, creating something that’s enjoyable, but in a comfortable sort of way. You could almost argue he’s basically the Moby for a new generation, imagining some middle-aged dad at a dinner party putting the album on in the background to show that he’s still “with it”. Again, not all music has to be breaking boundaries to be considered a success, but where Immunity seemed to take a lot of what was coming out of the underground and tidy it up in a pretty little package, this seems to draw from the same set of influences. None of this takes away from the key point that this is a damn good album though. If you liked Immunity then there’s every chance you’ll love this. The changes that have been made feel like improvements, and his attempt to create something transcendental feels like a success, there’s a hypnotic feeling to the whole album and the amount of thought that’s been put into its sequencing. It feels like a mix rather than a series of songs, and certainly works better as an entire body of work even when taking into consideration the hooks of the lead singles. Perhaps the relative familiarity means this won’t have the same impact as his last album, but no doubt it’ll please the majority of people who’ve discovered his music through Immunity. Singularity comes out on Friday (4 May) via Domino.