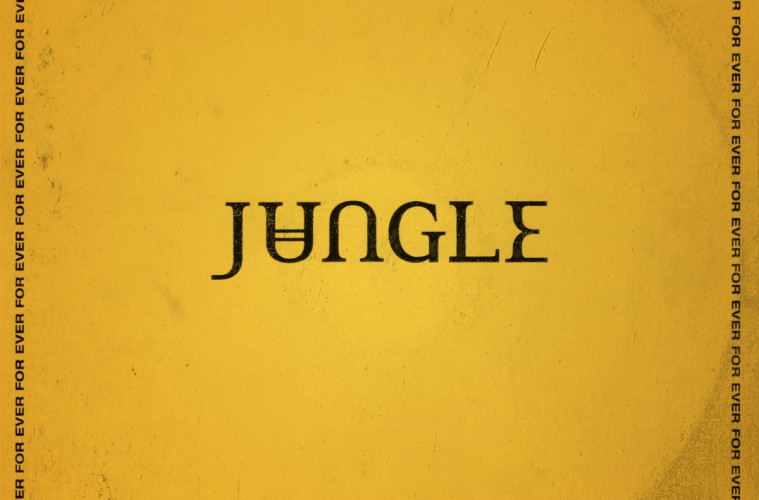 JUNGLE’S FOR EVER: If It Ain’t Broke, Don’t Fix It

How do you go about staying relevant in this ever-changing musical climate when your selling point is essentially a very straightforward, simple and downright fun formula? That’s right, by not changing a thing. All too often do we find artists attempting to remain at the forefront of musical development by altering their entire sonic palette, even when the total opposite is necessary. London neo-soul duo Jungle are the perfect example of an act who come to life when they stick to their guns and do what they’ve always done best. This much is apparent on brand new studio album For Ever, a thirteen-track soul odyssey which does little to stray from their previously successful blend of funk, RnB, disco and yacht rock. Debut album Jungle – which already dates back to 2014 – serves as one of the best debut albums of the decade, maintaining a solid formula which relies solely on tight grooves and their immediately recognisable vocal gymnastics (which see frontmen J and T harmonise on separate octaves). It spawned streaming hit Busy Earnin’ and further saw the pair – alongside their live band – tour the world time and time again. Now that the dust has settled and the outfit gear up to release For Ever (due Friday via XL), there’s one question which will likely plague most critics’ minds: how can Jungle retain the success of their debut whilst still maintaining that classic sound which made them so appealing four years ago? 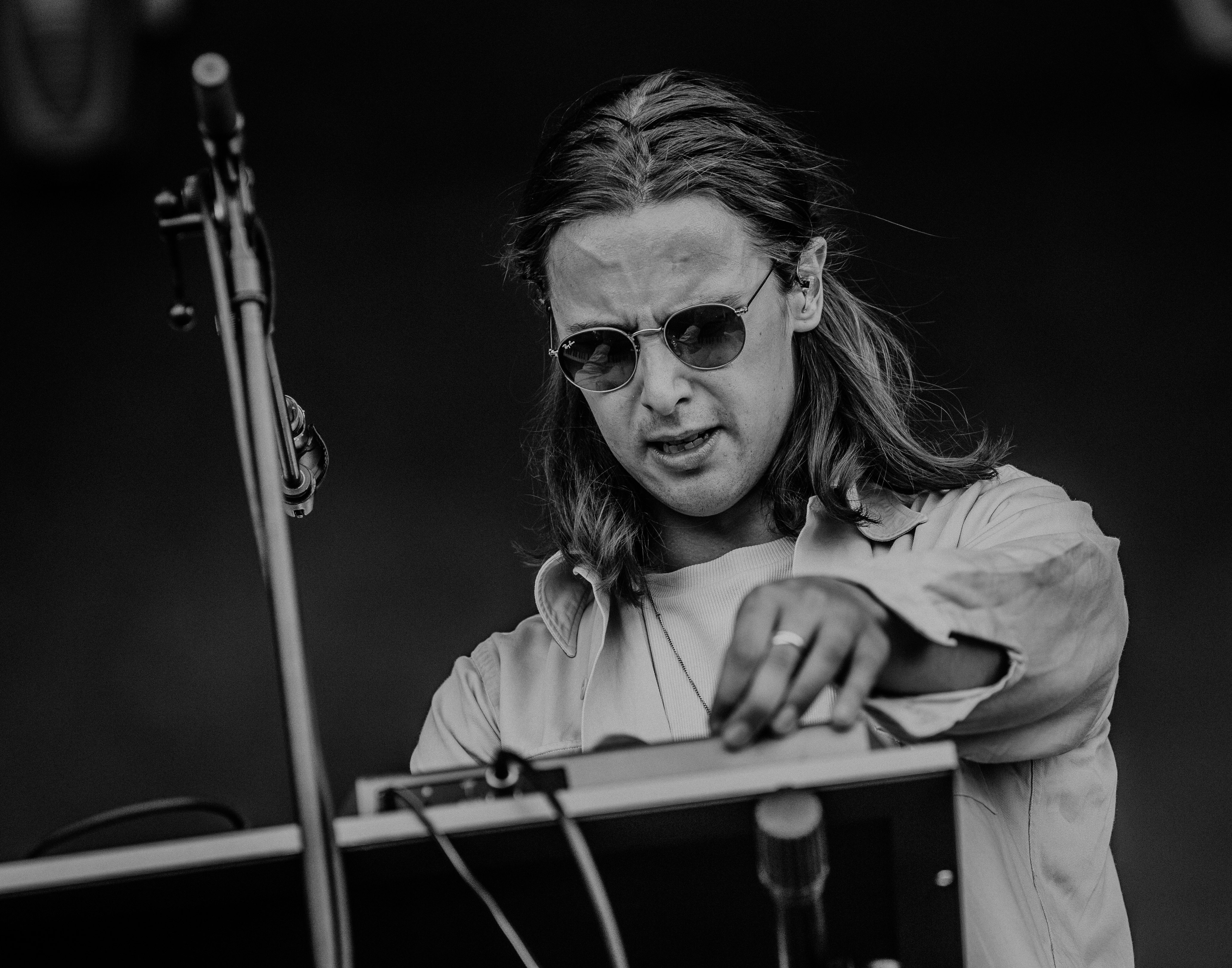 Jungle, live at Down the Rabbit Hole. (c) Jack Parker

The answer is very simple: by switching up very little, but still throwing enough variation into the mix to avoid sounding like a carbon copy of your former self. Jungle seem to do this with little difficulty, proving as much when they re-emerged earlier this year with comeback singles Happy Man and House in LA. The former bears resemblance to the best moments on their debut album, injecting irresistible bass grooves into the mix alongside that memorable vocal tone. The latter, on the other hand, opts for a more brooding path which allows the band to explore soundscapes and really build up the intensity before a big closing break. Both singles demonstrated opposite sides of Jungle’s sonic abilities, much like later releases Heavy, California and Cherry also do. The same contrast is evident, yet it’s the former track which really stands out. Just as with their debut album, Jungle have managed to find impeccable balance between dancefloor-ready funk anthems and raunchy soul. Album opener Smile adopts elements of both, its percussive-heavy instrumental backing serving as a great accompaniment to J and T’s ever-impressive vocals. “I won’t let you fall” they wail (and ultimately nearly scream) in unison as a palpable sense of intensity manifests itself, making way for aforementioned highlight Heavy, California. Its early placement does add a sense of top-heaviness to For Ever, but we’ll come to find out later on that it’s not just the big anthems which make a Jungle album so entrancing. Take Beat 54 (All Good Now)‘s lilting yacht rock as an example of this. The track lends itself incredibly well to a sense of longing for your own yacht and a cocktail, and it’s this kind of imagery which makes Jungle’s simplistic formula so good at painting a vivid picture. There’s a sense of heartbreak, lost love and change scattered throughout the song, and these themes – along with the yearning for something bigger, better and eternal – crop up frequently across the album. Cherry highlights this on its opening line: “You’re never gonna change me, I was already changing“. Casio marks the halfway point on For Ever, introducing one of the first instances in Jungle’s music where the vocals are not shared by J and T. It’s here where we hear both frontmen flitter between solo vocals and their traditional paired musings, and it comes as a refreshing change which showcases one of few variations to Jungle’s recognisable theme.

Mama Oh No marks the second half of For Ever, one which focuses less on extroverted, dancefloor-ready groove and centres its focus on brooding, slightly experimental soul. House in LA is a good example of this, as is the sample-leaning Give Over. There are instances of strings throughout, which intertwine with programmed percussion and warped backing vocals before making way for Jungle’s classic vocals. It’s the most experimental and leftfield track on For Ever, yet again proving that it only takes a few small changes to your formula in order to stay fresh and relevant. J and T sing of hope and moving on (a wailed “run free” sticks out here), sticking to a recurring theme which suits the music best. The curiously titled Cosurmyne (pronounced as ‘cus you’re mine) utilises a soulful radio sample and arpeggiating keys throughout, sticking to Give Over’s experimental approach whilst maintaining a palpable groove in the background. Home, the shortest track on For Ever, is the first proper ‘ballad’ of sorts on the album, utilising an organ and T’s sole vocal line to introduce a sense of fragility which wouldn’t come across had the band stuck to their bombastic pomp or experimentalism. This is Jungle at their most emotional, and you can really feel it. It’s over before you can really get into it, making way for penultimate track (More and More) It Ain’t Easy‘s light grooves. Once again a sole vocal line takes the helm, its fragile tone accompanied by a programmed percussive beat which takes cues from earlier track Give Over. When J and T don’t join forces vocally it does stand the risk of sounding somewhat bare, but thankfully this isn’t too much of an issue when you notice how much there’s really going on in the background. For Ever is lathered in layer upon layer of sound, and it’s quite fun to pick them all apart. The record comes to a strong end on Pray. It’s a grand finale of sorts, employing swirling, grandiose strings alongside relatively laid back live instrumentation. “Give me a reason to love you” ask J and T on the track’s opening line, making way for a pompous instrumental section which sounds like something which could only fall at the end of an album and nowhere else. It even carries with itself a sense of soundtrack-readiness, something ready to soundtrack a rich Hollywood reality show. Not that this comparison is meant to cheapen Pray’s powerful impact, though. On the contrary; it’s a testament to Jungle’s ability in making songs which suit all occasions whilst still retaining a core sound. 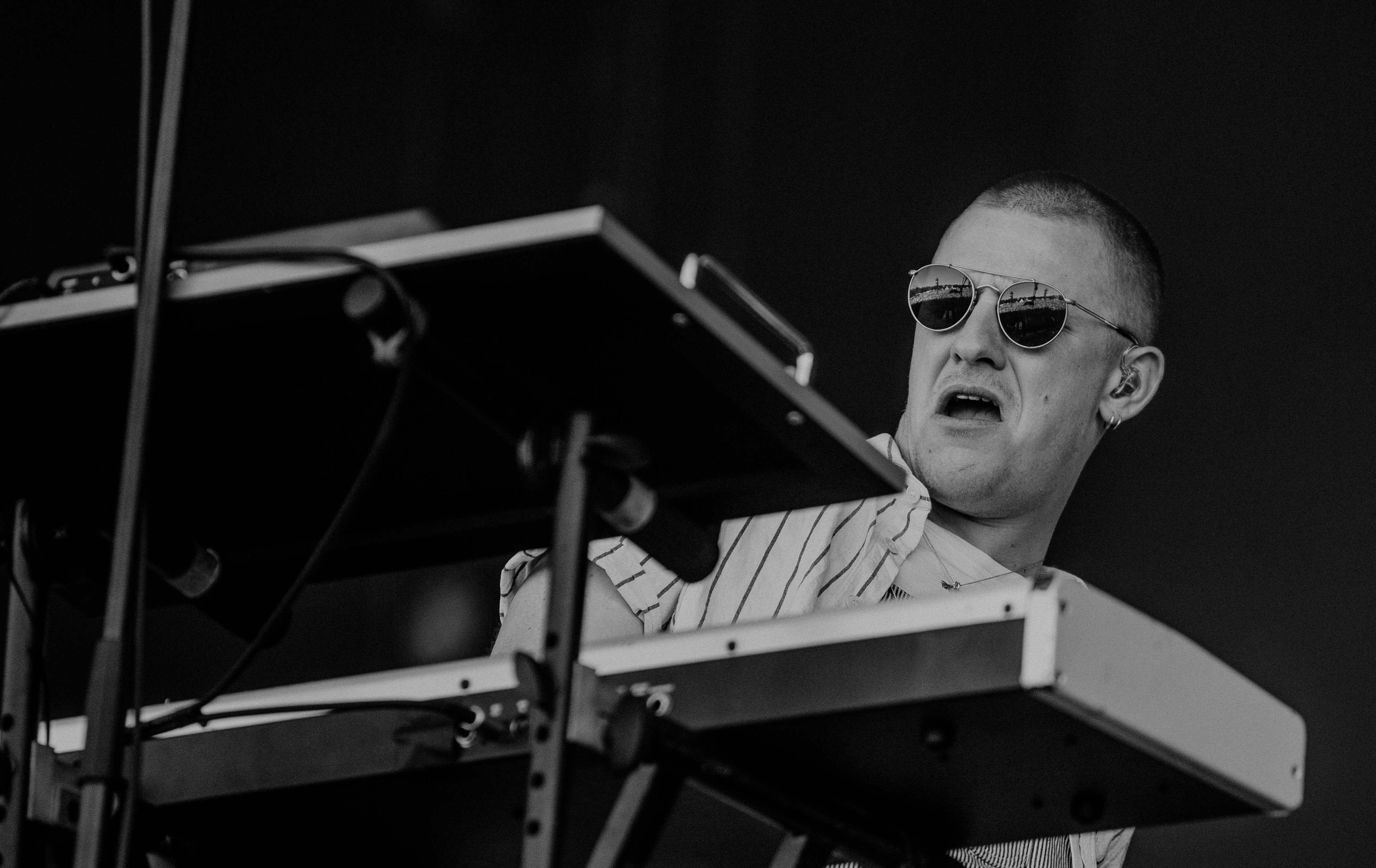 Jungle, live at Down the Rabbit Hole. (c) Jack Parker

As the album meets its end, it becomes evident that For Ever is just as good as Jungle’s debut offering, if not better. The pair have taken everything which propelled them towards the upper echelons of soul and funk four years ago and put a spin on it which is equal parts comfortably familiar and refreshing. The first half of the album familiarises listeners with the Jungle everyone knew and fell in love with (Heavy, California, Happy Man, Cherry), whereas the second half traverses an unknown path filled with experimentation (Give Over, Pray) which may have embedded itself within J and T’s minds following a slew of Jungle DJ sets during 2016 and 2017. There’s no distinct contrast between the first and second half of the album per se, but it does become evident once Pray ends that Jungle have taken you on a journey which leaves your mind in a totally different world to the one it encountered on Smile. If Jungle are able to stick to this familiar core sound and still leave enough room for variation and experimentation, then their next move could quite honestly be anyone’s guess. As the saying goes: if it ain’t broke, don’t fix it. Unless you can make little changes and improve the overall result, that is. For Ever is due this week Friday (14 September) via XL Recordings.