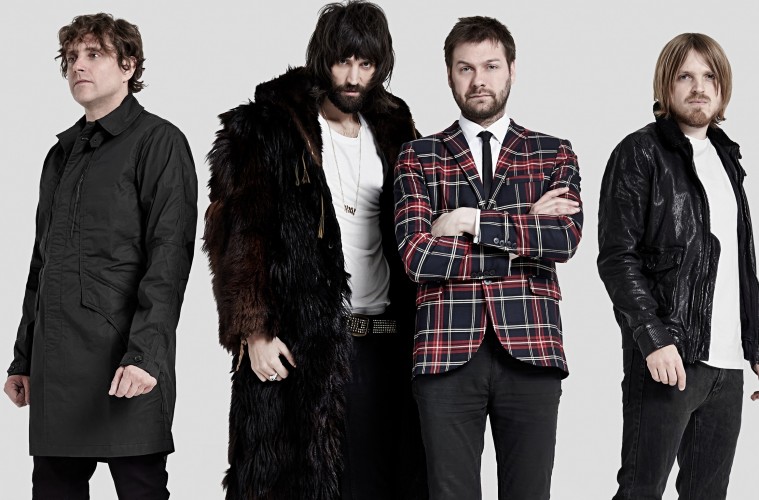 With a massive homecoming show nearing, as well as a headlining set at Glastonbury, these next few months are set to be some of the biggest of Kasabian’s career thus far. The Leicester four-piece have been in the studio the last few months working on their upcoming 5th album 48:13. The last few weeks have seen the band tease fans with track titles, cryptic clues and a large pink painting on a wall depicting the album’s title (as well as length). All the mysticism concluded today with the announcement of their 5th album, alongside some shows and not two brand new songs!

The first of Kasabian’s two new songs, Explodes, surfaced following an Amazon mishap which allowed fans to get hold of the track. The track sees Kasabian further delve into the electronic spectrum with wobbly synths, electric drums and a heavy drop towards the end. Guitarist Serge Pizzorno is in control with his vocals for the majority of the song, with lead vocalist Tom Meighan taking a step back.

The second of the two tracks, Eez-Eh, received its radio premiere this afternoon on Italian radio station DeeJay. At 3 minutes long, Eez-Eh (a phonetic pronunciation of the word Easy) is an acid house rave anthem, demonstrating Kasabian at their rowdiest and finest. The song never loses its 120bpm tempo, with a Vocoder effect on the vocals whilst Pizzorno and Meighan claim we’re all “being watched by Google”. Guitars may be lacking, but energy certainly isn’t! Vocalist Tom Meighan described the song as a “meteorite dropping” on Zane Lowe’s Radio 1 show tonight, which seems like an apt description of what Kasabian are set to bring to music this year. New album 48:13 is the meteorite, ready to explode on us all. Bring on June.