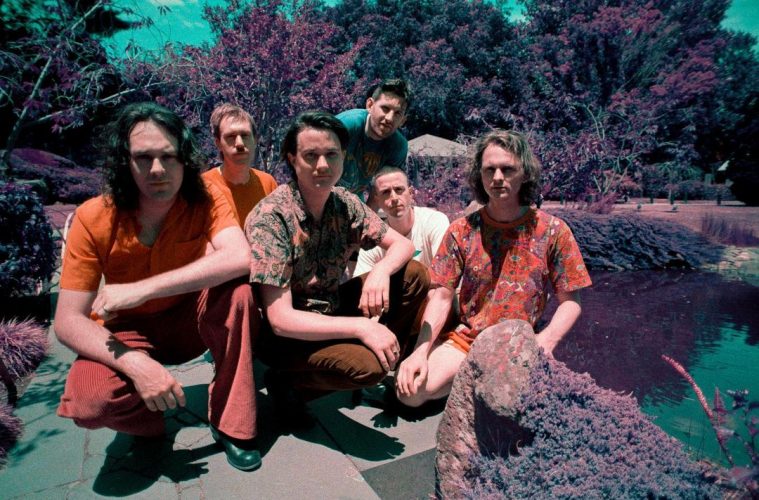 King Gizzard & the Lizard Wizard have announced their eighteenth studio album. Yes, you read that right.

Butterfly 3000 is the Melbourne band’s follow-up to February’s L.W., which in itself was a companion piece to last November’s K.G. Described as melodic and psychedelic, Butterfly 3000 will have no advance singles ahead of its release on 11 June (exactly one month to the day of its announcement).

There’s little guessing as to how this album will pan out, with early theories suggesting that the album will serve as one, 3000 second long jam. It comes out to 50 minutes – a very plausible possibility considering the emphasis on ‘no singles’.

At the weekend, footage on Instagram caught the band performing new songs in front of regular collaborator PHC Films’ camera. Its sound matches the description of Butterfly 3000, and you can hear snippets here. More information regarding the album and its autostereogram artwork are expected in due course.