Fishing For Fishies is the first full release to come from Stu Mackenzie and co. since 2017’s run of five consecutive records in nine months. It’s due 26 April via the band’s own Flightless Records label, with ATO taking care of it in the US.

The album, for which previews leaked at the weekend, features nine songs and concludes on recent comeback single Cyboogie. Its artwork depicts cyborg Han-Tyumi, who previously formed an integral part of 2017’s Murder of the Universe.

Check out the artwork and tracklist below. 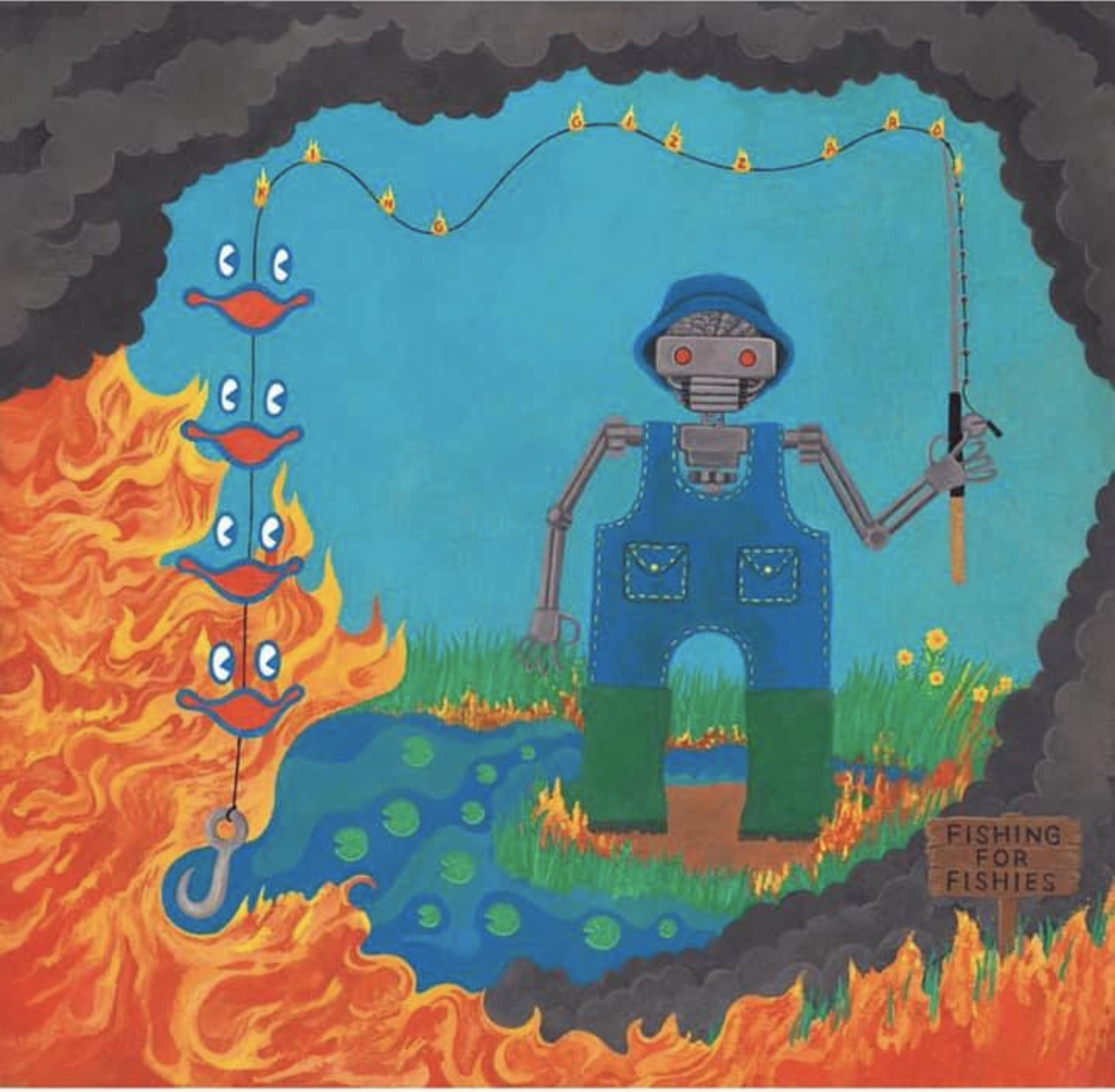 Pre-orders for the album go live this week Wednesday (13 March) at 9am AEDT. Head here to get yours.