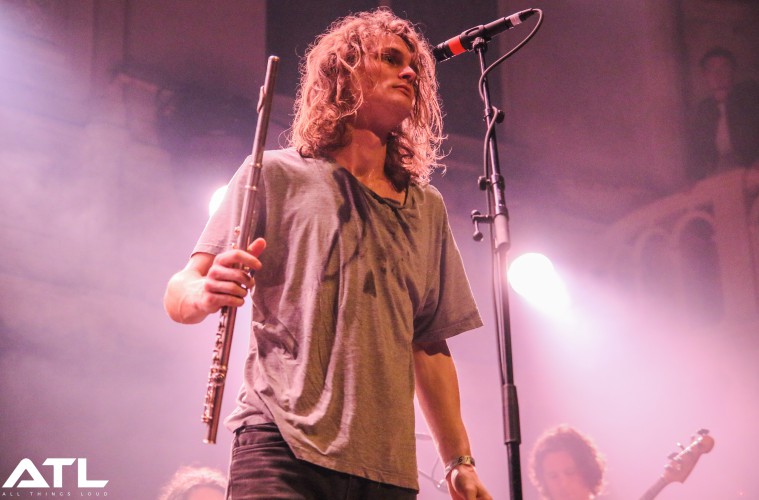 KING GIZZARD & THE LIZARD WIZARD IN AMSTERDAM, by Jack Parker

Aussie psych rockers King Gizzard & the Lizard Wizard have announced details of a US headline tour.

Stu Mackenzie and co. will spend May and June touring the US and Canada extensively in support of the five studio albums they released in 2017.

The dates include a huge opening night at the Hollywood Palladium, with trips to the Chicago Riviera and two nights at the Brooklyn Steel in New York also part of the itinerary.

Check the poster out below, with special guests yet to be announced. Fellow Aussies Pond are a strong rumour to join them on this run, but more news is expected soon. Tickets go onsale this week Friday (12 January) at 11am EST, and you can head over the band’s own website for more information. Listen to new album Gumboot Soup below.