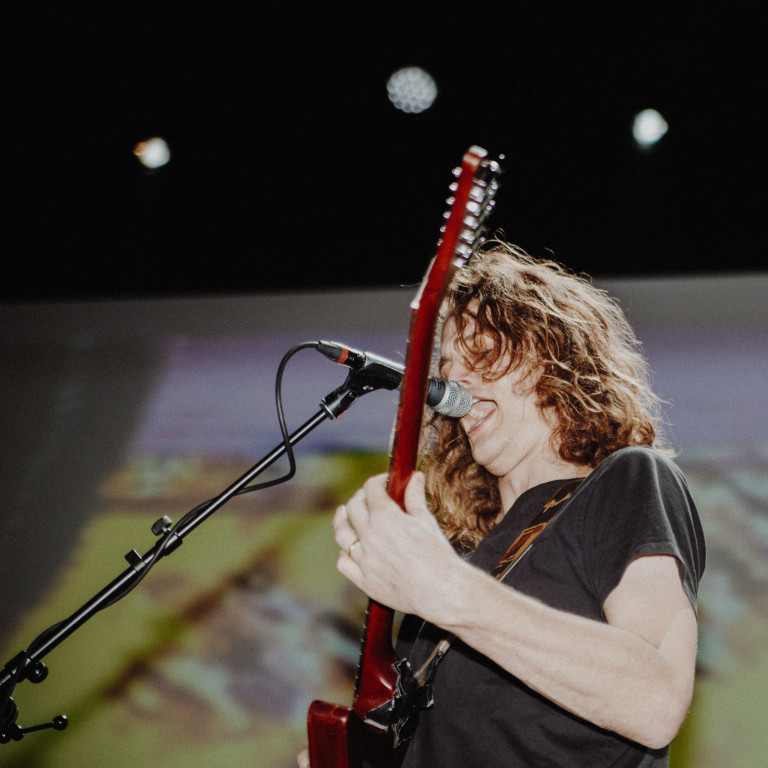 The Australian septet shared their first ever live recordings in aid of the Australian bushfire crisis, with 100% of all proceeds going to both Animals Australia and Wildlife Victoria. Stu Mackenzie and co. are the latest of many Australian artists to step in and raise money for the ongoing disaster.

The live albums were recorded during the band’s 2019 shows at Paris’s L’Olympia and Adelaide’s Thebarton Theater. They formed out part of a wider world tour in support of new releases Fishing For Fishies and Infest the Rats’ Nest.

Both albums feature performances of tracks from across the band’s entire back catalogue, including recent favourite Cyboogie and the iconic Head On/Pill. Both albums are available to buy digitally through Bandcamp. Get the Paris record here, and the Adelaide one here. Listen to them below.