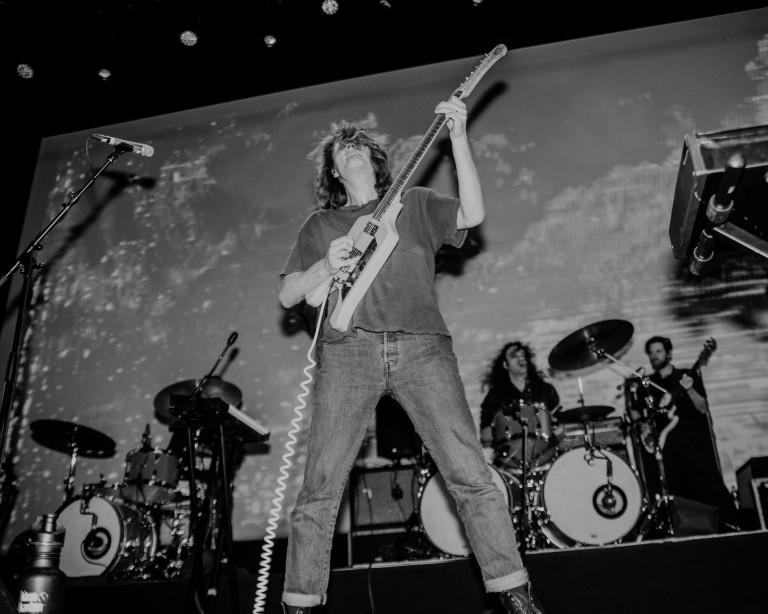 King Gizzard & the Lizard Wizard in Utrecht: Two Nights of Ultimate Chaos With the Tightest Live Band in the World

Who’d have thought that a band of seven scrappy Aussies would go on to become one of the most renowned bands to walk the planet? Chances are nobody would believe you back in 2012 when King Gizzard & the Lizard Wizard released jangly garage record 12 Bar Bruise, the first of an eventual fifteen records within seven years. It’s been seven wild years for Stu Mackenzie and co., with the Melbourne rockers embarking on a musical journey which has taken them from jazzy jams, stoner rock and acoustic folk all the way through to layered prog and the deepest darkest pits of black metal. Over the course of two frantic nights at a sold out TivoliVredenburg in Utrecht, the band celebrated it all. 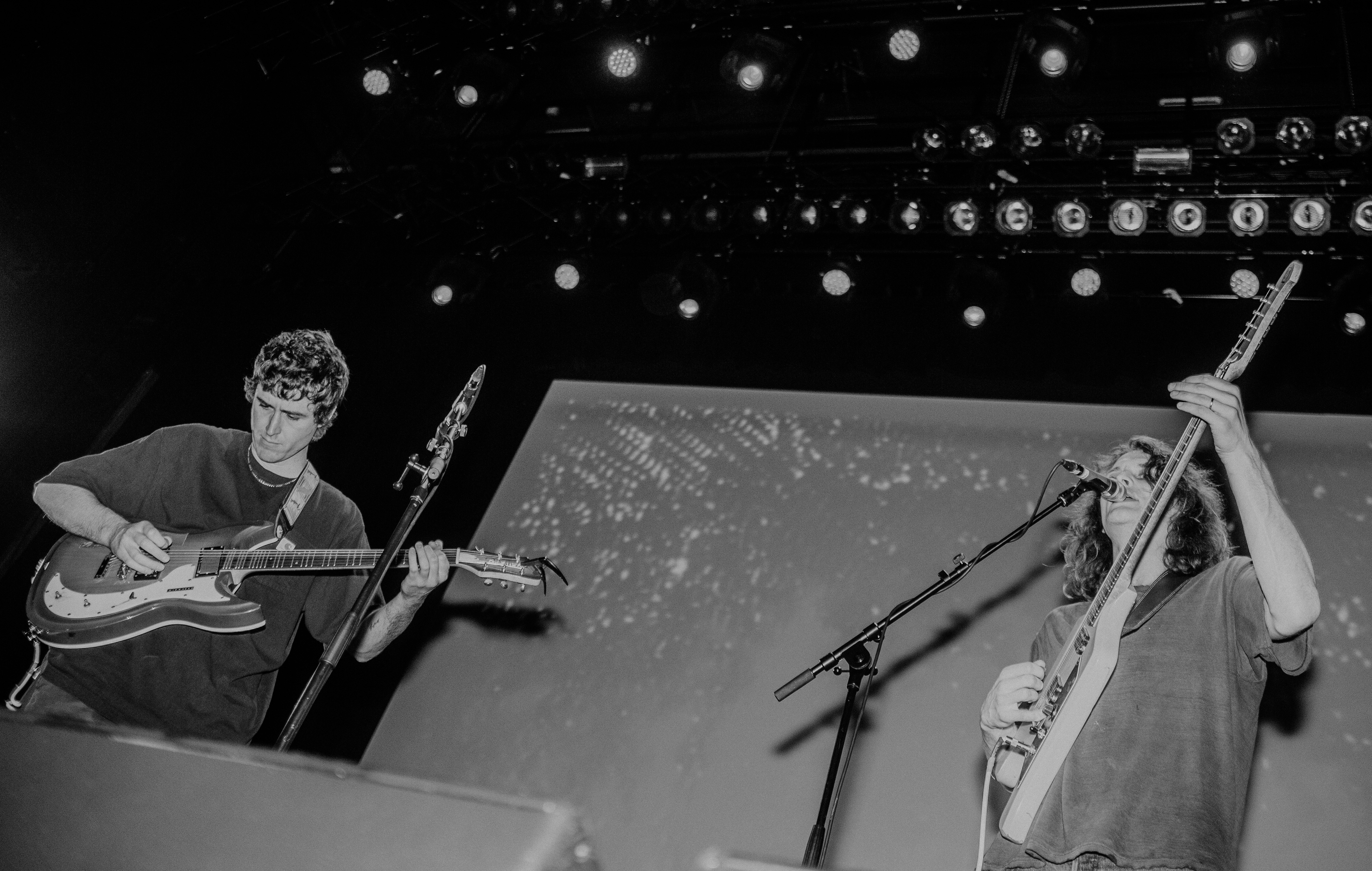 Joining the band on their entire world tour are Flightless labelmates ORB and Stonefield, both of whom find themselves deeply embedded within Australia’s increasingly prominent psych scene. Both bands pull off impressively mesmerising sets in front of the Dutch masses, switching slots on night two whilst maintaining the same riff-laden intensity throughout. Perfect warm-ups for King Gizzard’s own musical rollercoaster, you could certainly suggest. This rollercoaster saw Stu Mackenzie and his six bandmates rip through a total of 36 different songs across both shows, spending the majority of Sunday’s sweltering first night focussing on cuts from the five albums they brought out in 2017 (eleven of the nineteen songs, in fact). An opening quartet of microtonal songs set the tone, Rattlesnake sending the crowd into a frenzy which lasted the entire night. It’s one of the band’s best loved songs, intertwining Turkish guitar flourishes with a repetitive vocal line and uptempo rhythm which never once held back. Sleep Drifter, Anoxia and the punch All Is Known further represented what is arguably the band’s most experimental chapter, making way for a slew of songs from a darker, heavier corner of the King Gizzard universe: Murder of the Universe and Nonagon Infinity. The former is a conceptual masterpiece, but it certainly wouldn’t exist without the latter. Mr. Beat was the night’s first moment of calm, but the storm which followed (Evil Death Roll) echoed through the 2,000 capacity room like a top notch thunderstorm on steroids. It left a sea of flailing limbs in its wake, making a tough job even tougher for four security guards in the front pit. Their luck struck on the ambience of Acarine and groove of Cyboogie, both of which kickstarted a relatively laid back segment of the show. This featured Ambrose Kenny Smith on vocals (and Mackenzie on keys) for a rare outing of Let Me Mend the Past, as well as a proggy trio of Inner Cell, Loyalty and Horology. The tracks all come from 2017’s free-for-all Polygondwanaland, one of the band’s strongest pieces of work to date. Interwoven polyrhythms take the helm, utilising all seven band members’ strengths (intricate double drumming from Eric Moore and Michael Cavanaugh, for example) to produce a whole which was just as mesmerising onstage as it is on record. 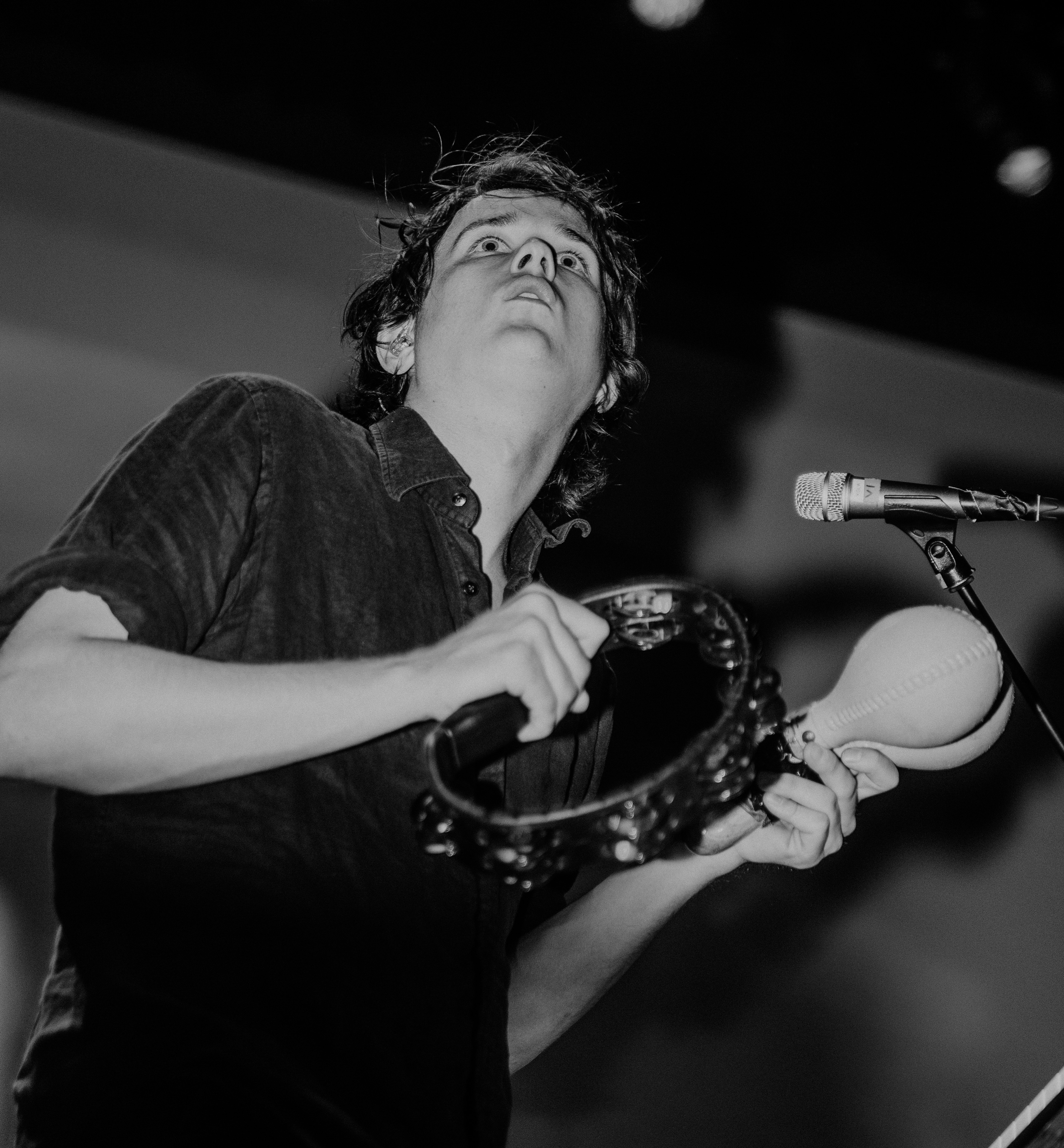 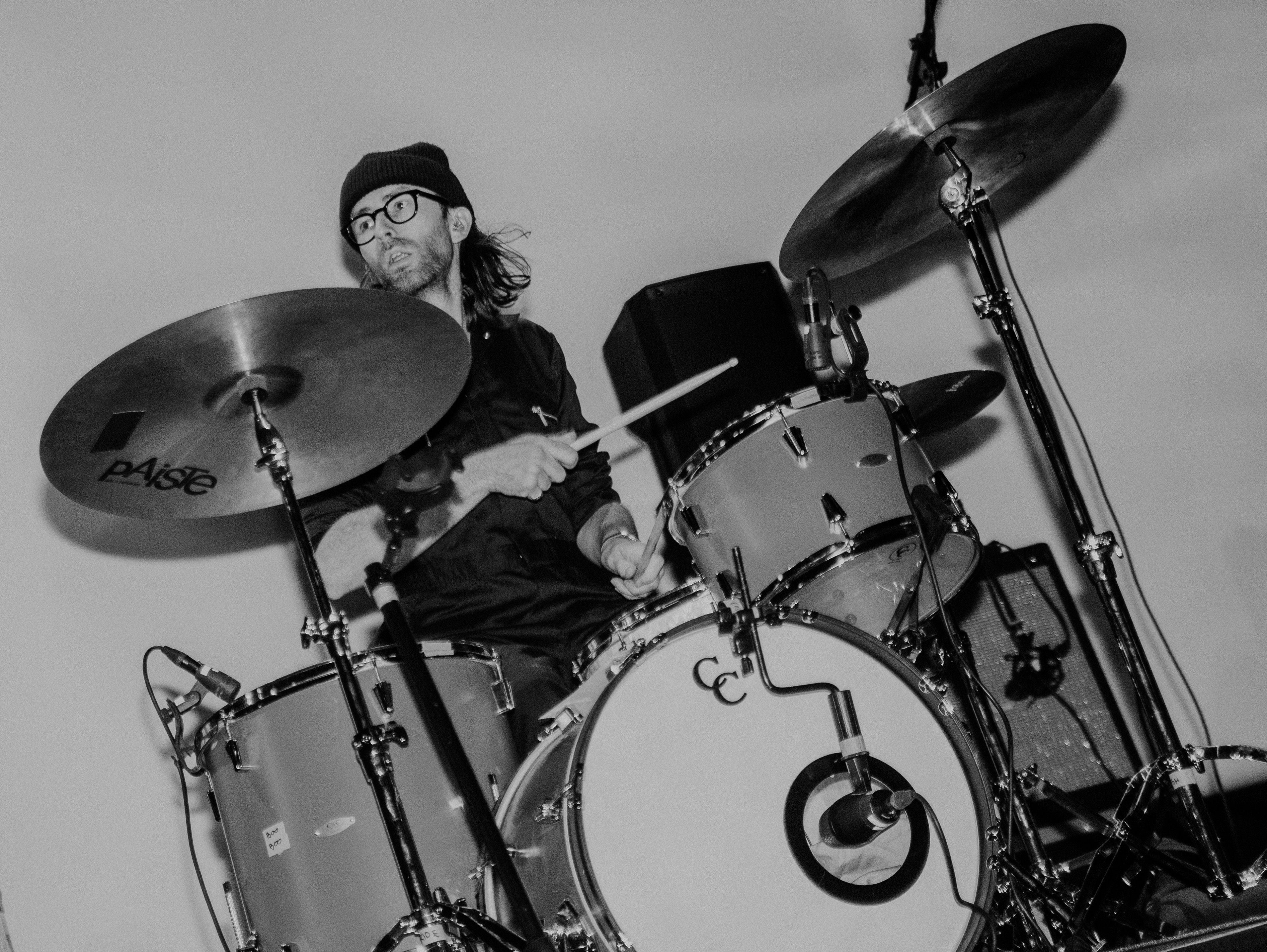 At Horology’s close, Mackenzie signalled the start of a new chapter, by far the most ferocious of the night: Mars of the Rich, followed swiftly by a rampant Organ Farmer and destructive The Great Chain of Being. All three tracks lean heavily towards the thrash and doom metal which the band have experimented with of late, including August’s Infest the Rats’ Nest. It’s the band’s first foray into thrash metal, and it also doubles up as one of their most successful albums to date. It doesn’t matter which genre the band have a stab at, because the result is always nothing short of either captivating, intricate or out there. The contrast alone between The Great Chain of Being and night one’s finale – The Bitter Boogie – should say enough about their status as musical chameleons. The Bitter Boogie left Utrecht in a sweaty mess once more, with Smith making his way into the crowd and spending most of the song hanging off a balcony to the side of the venue. It felt like the second coming of Christ, with Smith reciting his followers from above as they latched onto his every word (as well as each and every in and exhale of the harmonica). There couldn’t have been a better way to end the first night, one which left some 2,000 revellers absolutely breathless. 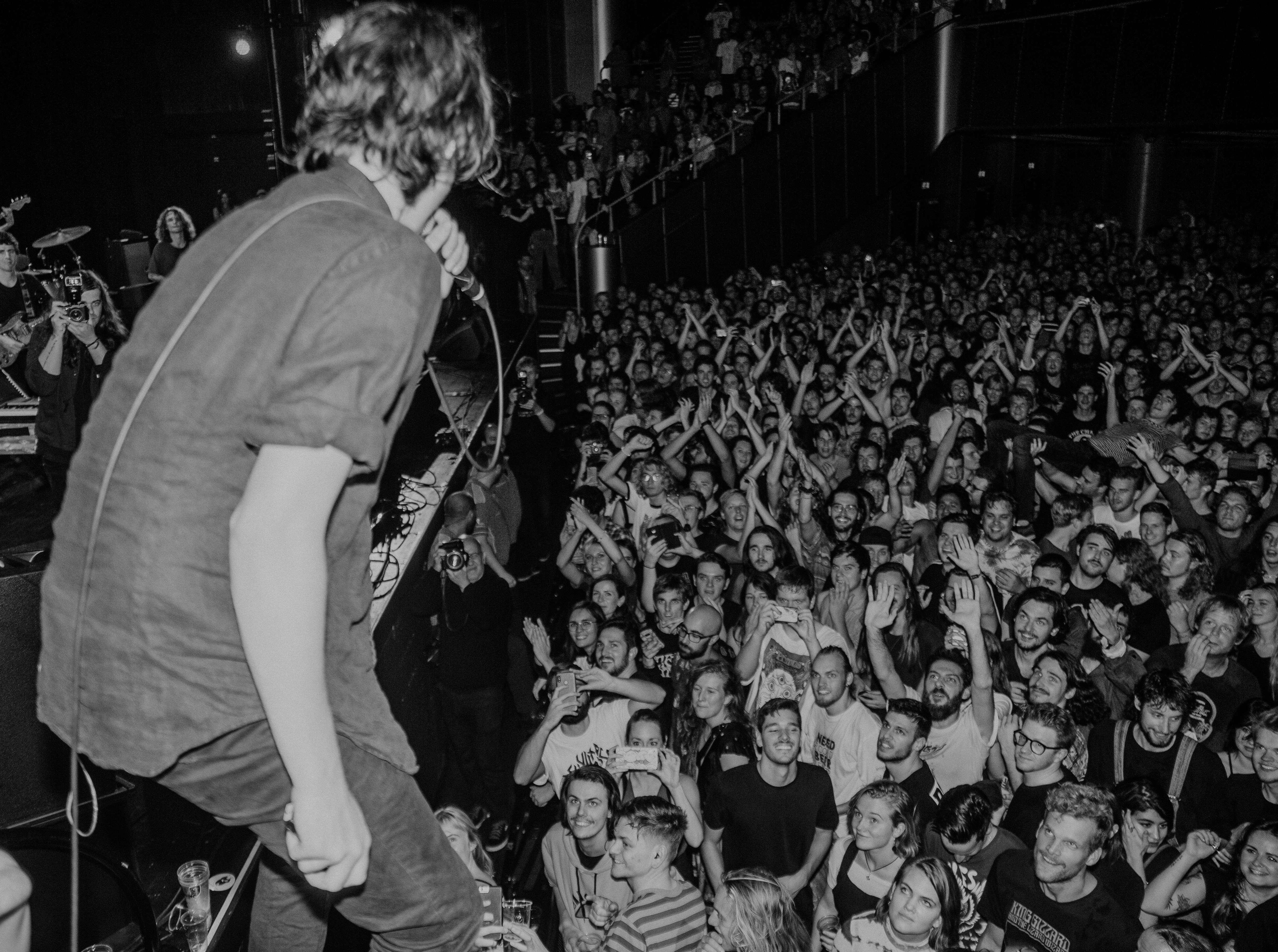 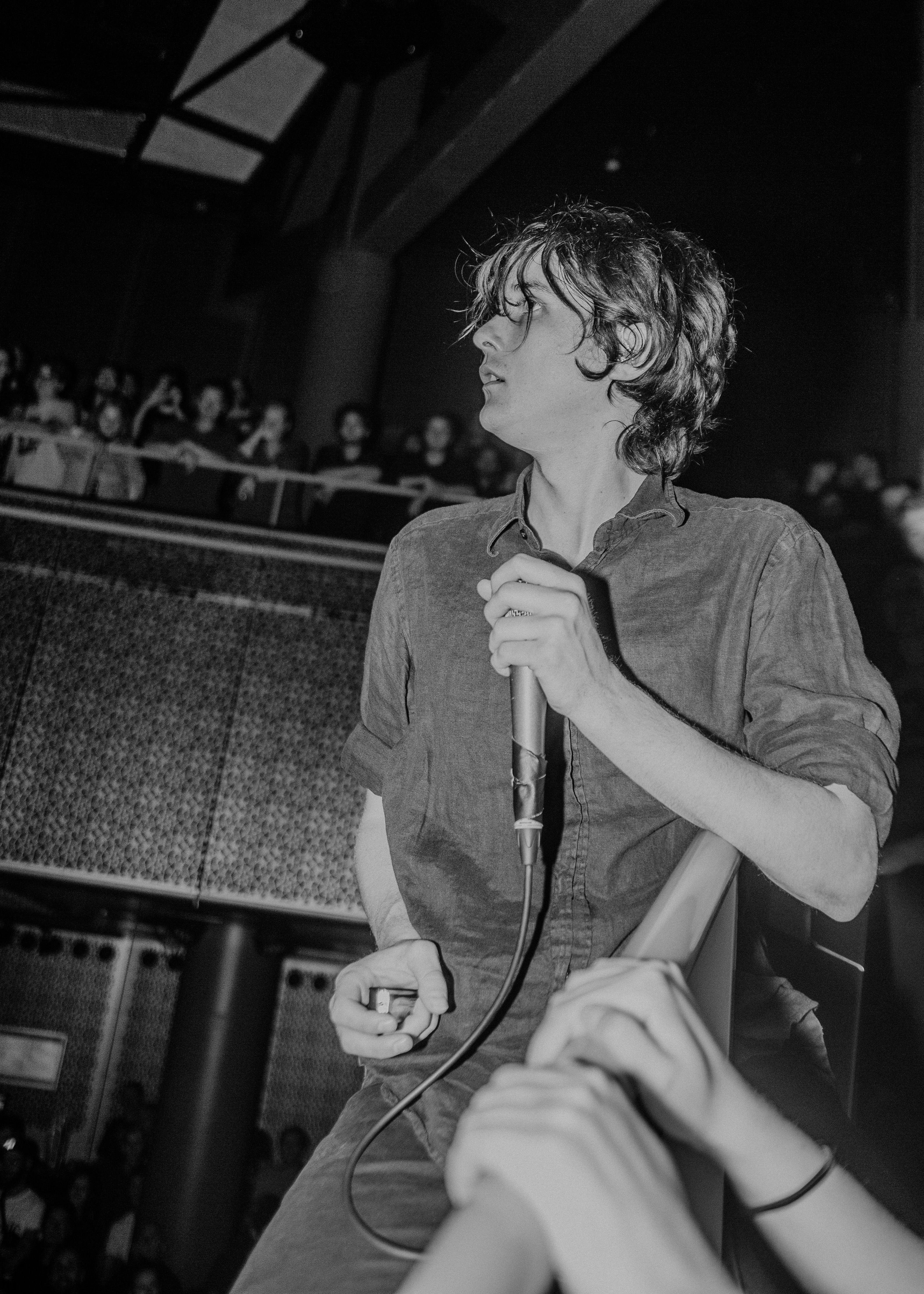 Night two took everything which made night one so special and threw it right out of the window. It featured a whopping seventeen songs which didn’t feature the night before, with only two Murder of the Universe cuts reappearing (Alter Me II and Altered Beast III) in and amongst the reshuffled chaos. This time round, this chaos presented itself from the word go in the shape of Planet B. It’s the musical equivalent of a straight punch to the face, the kind which knocks you out in an instant. And yet under all the thrash metal craziness, the song also carries with itself a warning about the state of our planet (a theme recurrent on both 2019 releases, Infest the Rats’ Nest and Fishing For Fishies). How do you follow an opener as mental as that, though? Easy, by ripping through four interconnected songs in quick succession: I’m In Your Mind, I’m Not In Your Mind, Cellophane and I’m In Your Mind Fuzz. They’re the first four tracks from the 2014 album of the same name, a record which marked the band’s first real notoriety outside of Australia, setting them off on a journey which still hasn’t ended. The double-whammy of Nonagon Infinity‘s Wah Wah and Road Train appeared later on, injecting some high-octane energy into proceedings and not letting go until the final notes of deep cut Cut Throat Boogie (from 2012’s debut) rang out. It’s here that the band slow things down ever so slightly, with Smith taking on vocals for blues-y The Cruel Millennial. 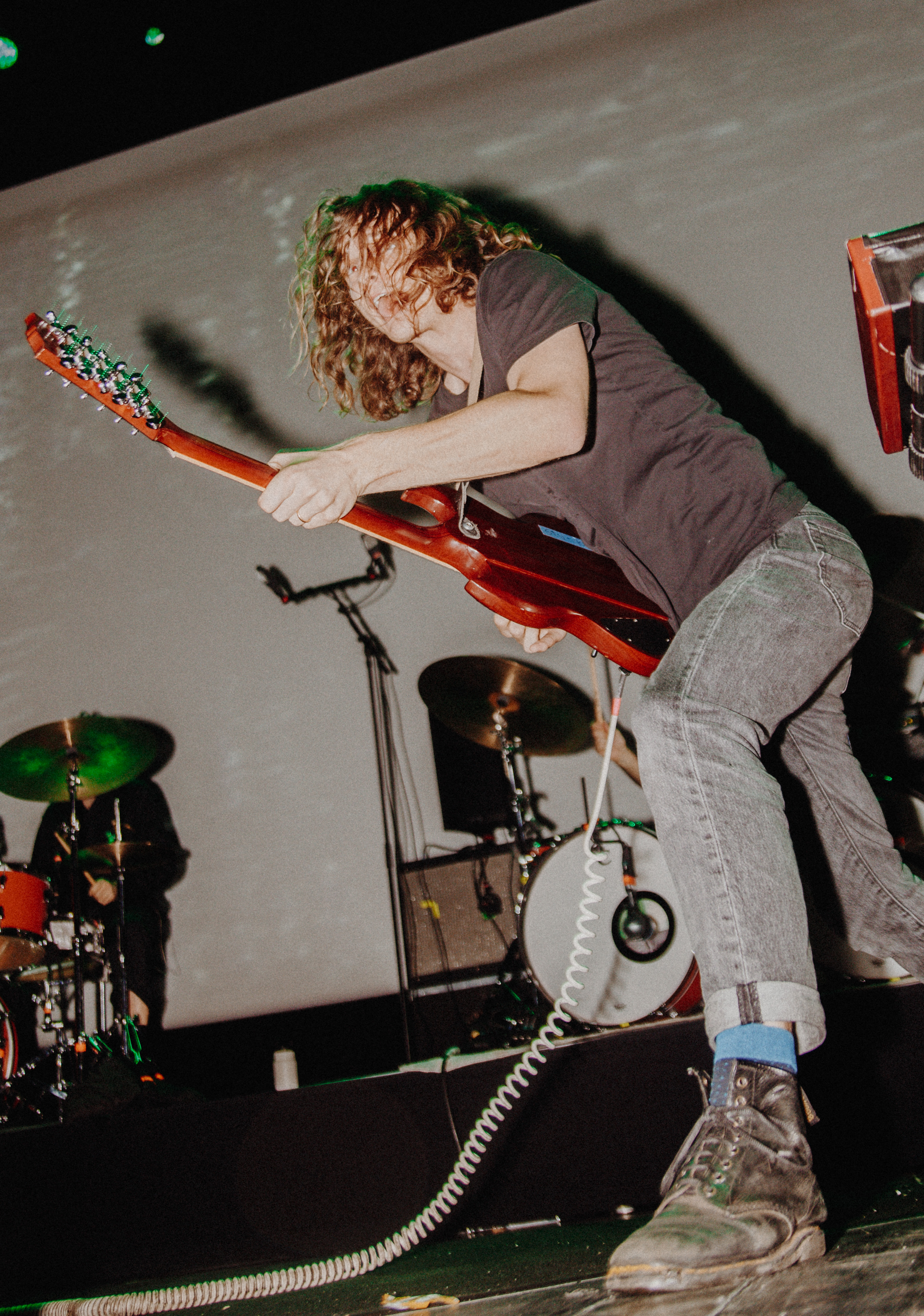 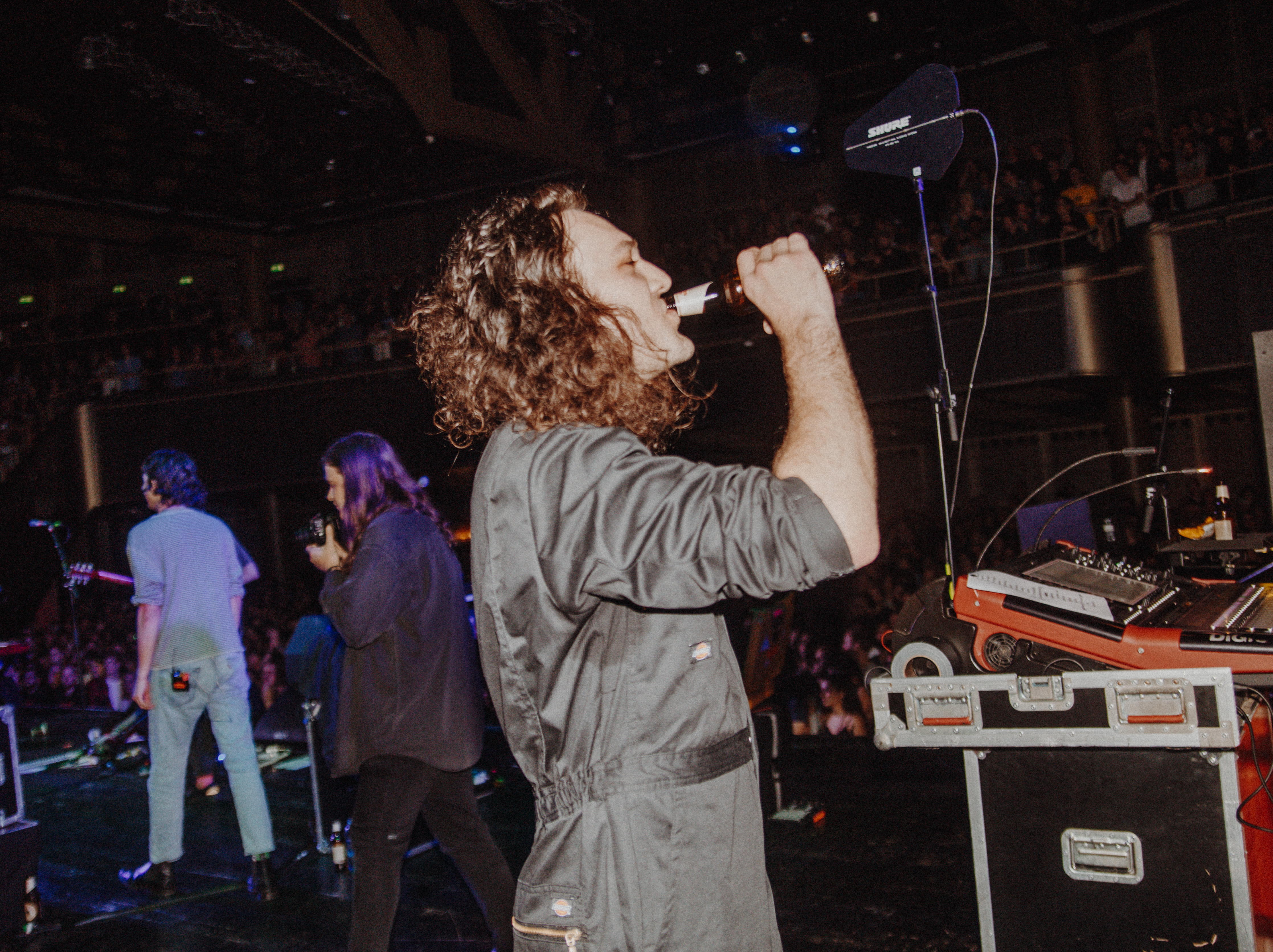 Mackenzie later found himself behind the keys for Tezeta, an undoubted standout from jazz fusion record Sketches of Brunswick East. It’s the last moment of relative calm on night two, with the bouncy Nuclear Fusion, scuzzy Digital Black and Vomit Coffin (plus the sprawling Murder of the Universe) all making way for a ferocious rendition of Infest the Rats’ Nest closer Hell. The speed at which Moore and Cavanaugh operate synchronously behind the drums is unrivalled here, kicking things up a notch as the seconds pass. How do you top it, though? With half an hour to go, Mackenzie glanced as his band with the kind of look which screams, “little do they know…”. And, oh boy, did the crowd not know what was about to hit them for the remainder of the show: a thirty minute long, jammed out version of fan favourite Head On/Pill. The monster of a track – which already spans sixteen minutes in its original form – transformed the stage into a playground of sorts for the band. In and amongst its extended jams the band switched instruments (with Mackenzie on drums and Cavanaugh opting for a stagedive) whilst a section of the crowd got down on the floor for some good old fashioned rowing (you couldn’t make this up if you tried). Short bursts of Rattlesnake, Robot Stop, Hot Water and the illustrious Am I In Heaven? appeared in the midst of all the chaos, leaving Utrecht breathless yet again (literally and figuratively). 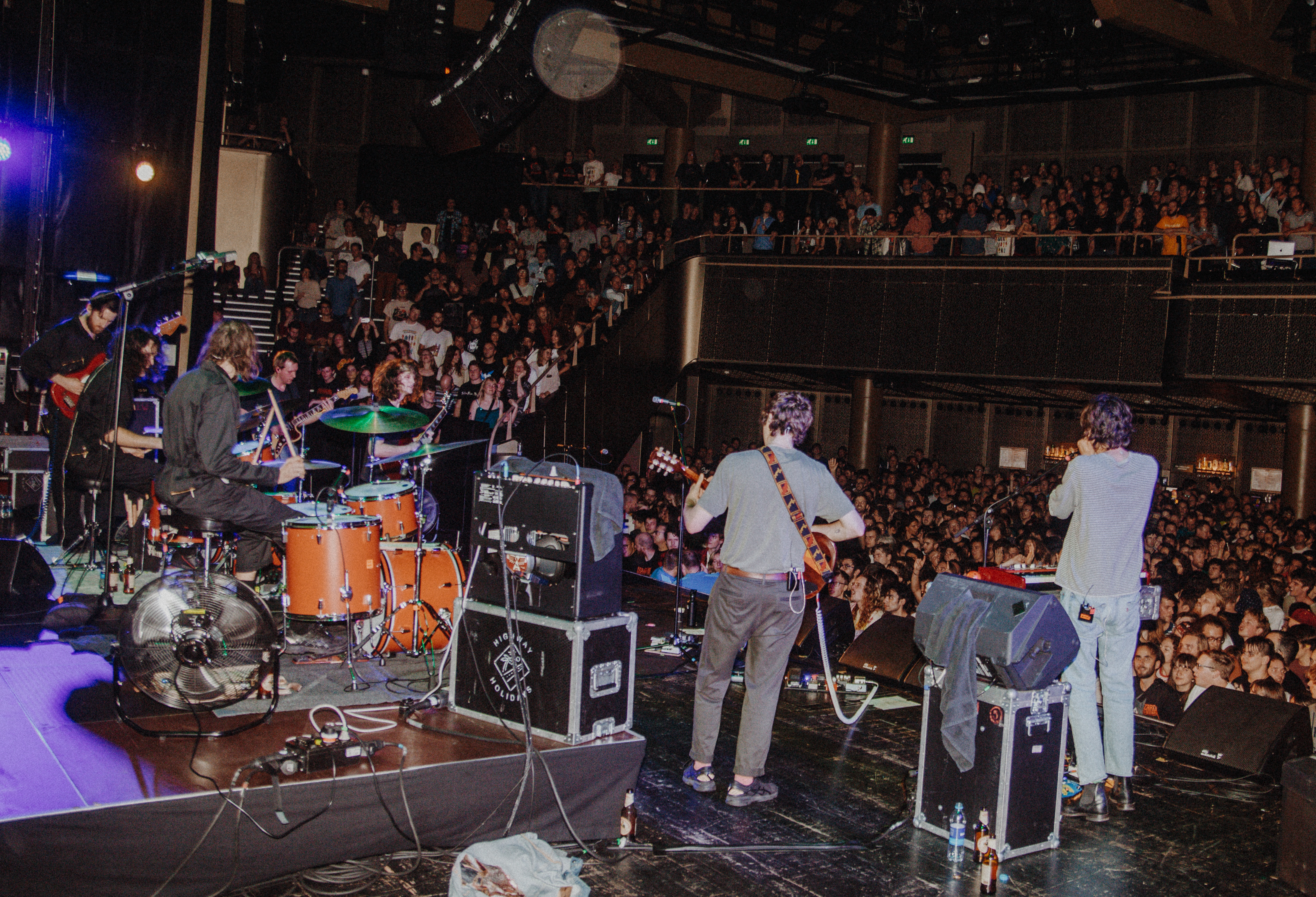 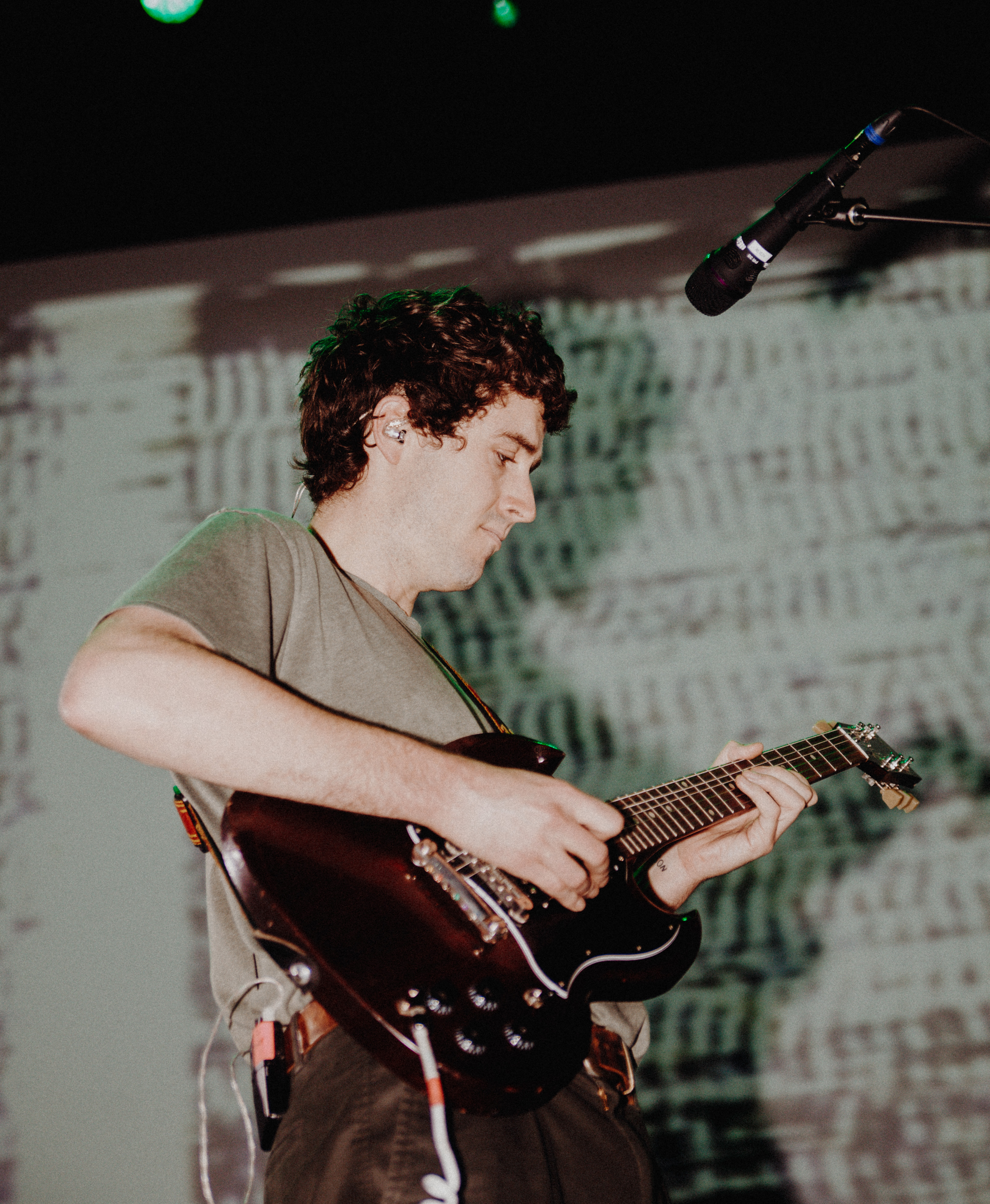 There’s a lot to be said for the rapid growth in popularity King Gizzard & the Lizard Wizard have experienced over the last seven years. Back in 2014, the band’s first Dutch show saw them play to just over 200 people in Paradiso’s small upstairs room. Fast forward to October 2019, and they’ve shifted 4,000 tickets over two nights for their biggest shows in the region to date. Pair that with another set of sold out shows in Brussels tonight and tomorrow, and you’d have to admit that they’re the biggest band no one has ever heard of. They’re like a cult, only the kind you want to become a member of. There’s no telling what these Aussies have up their sleeves next, but come winter 2020 we’ll be sure to find out exactly what they have planned for album number sixteen and beyond. Find a full gallery from both nights below. 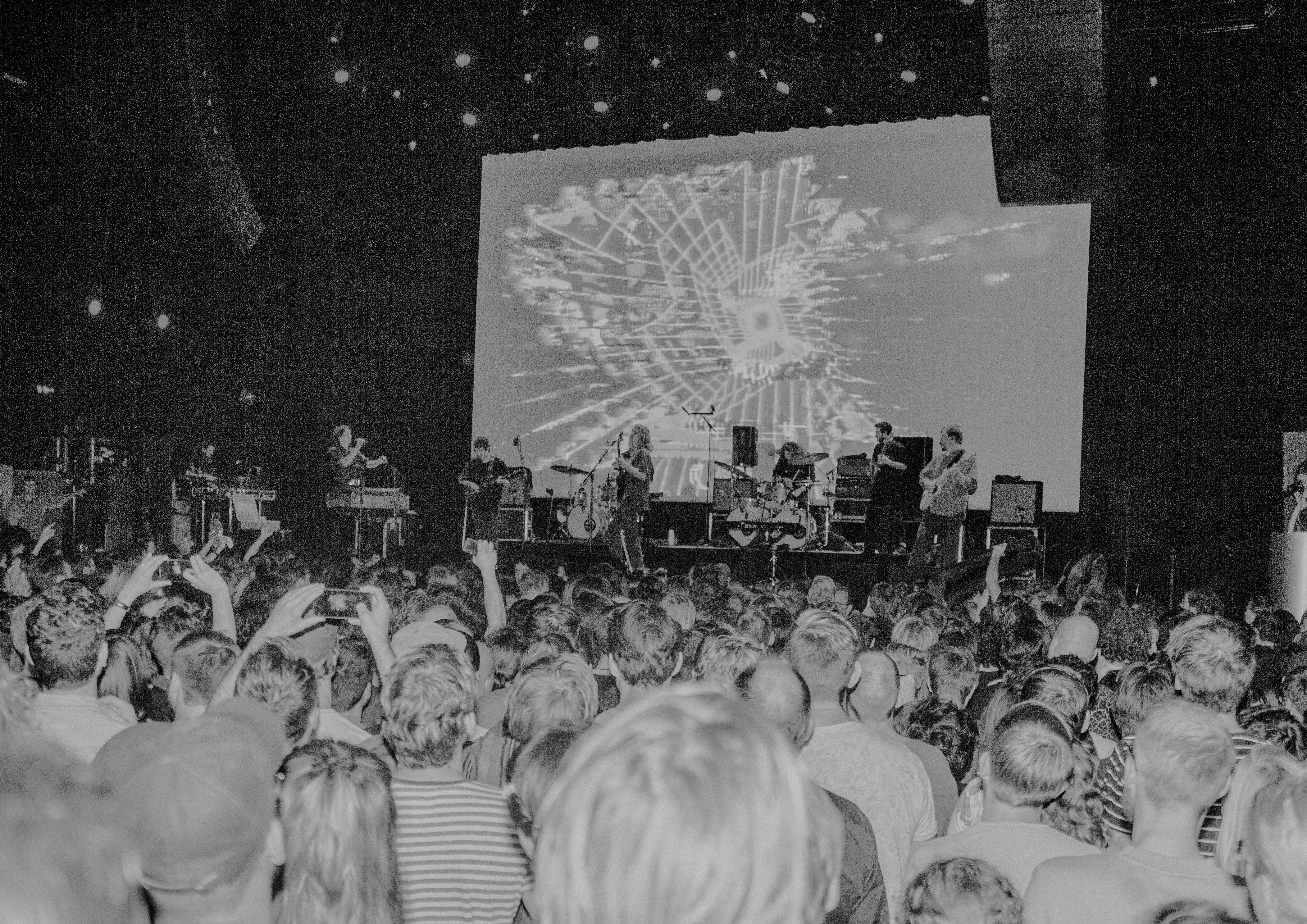 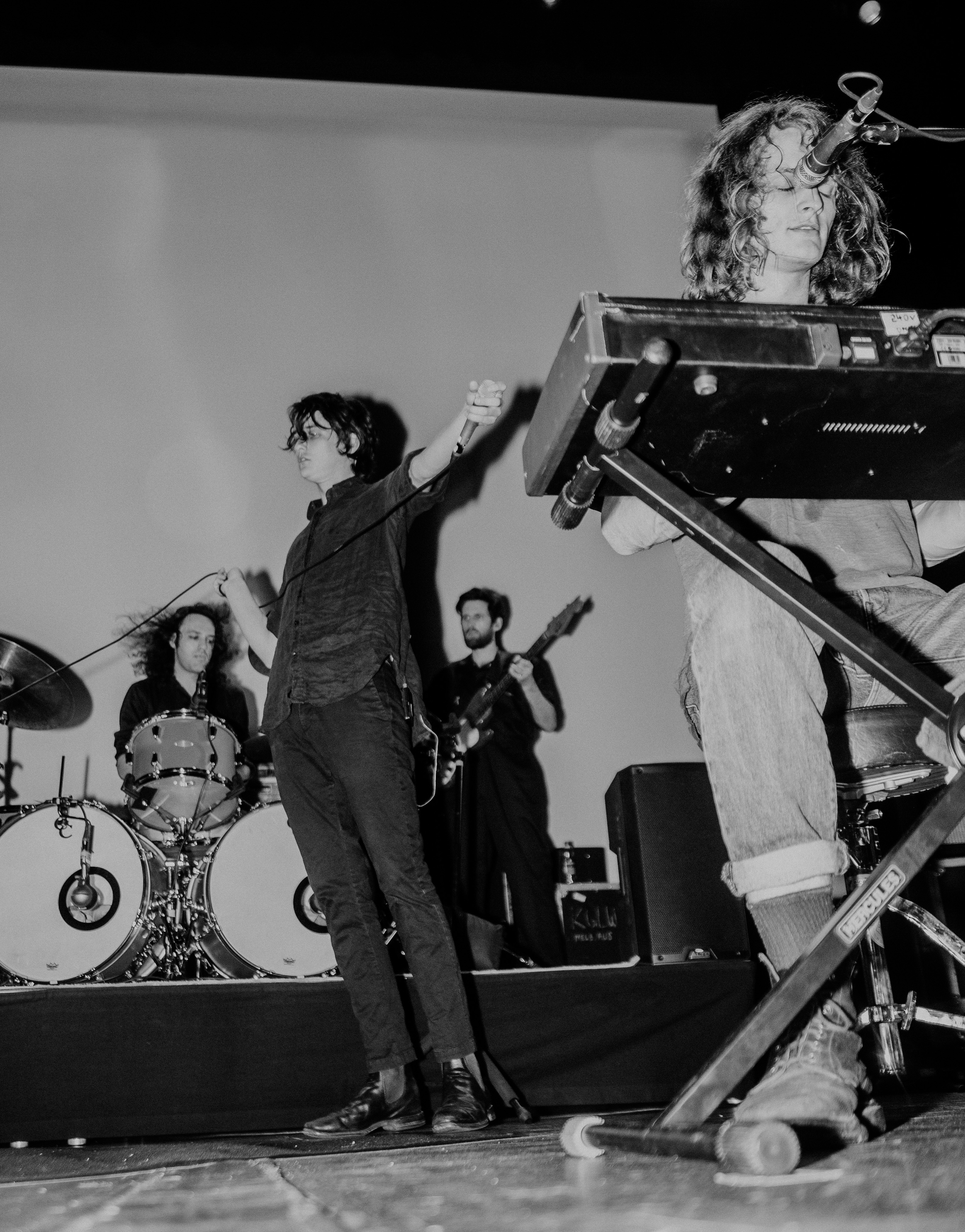 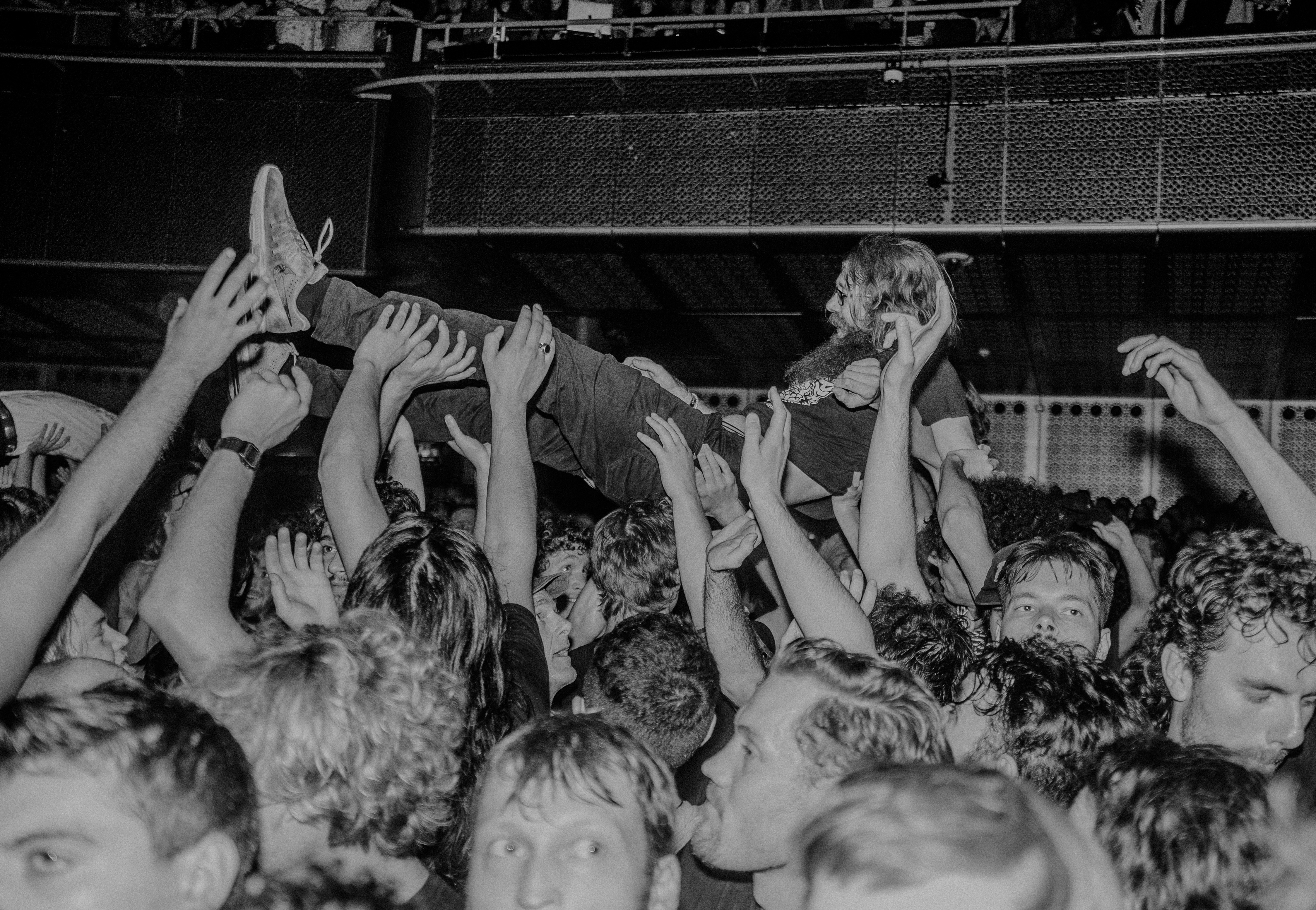 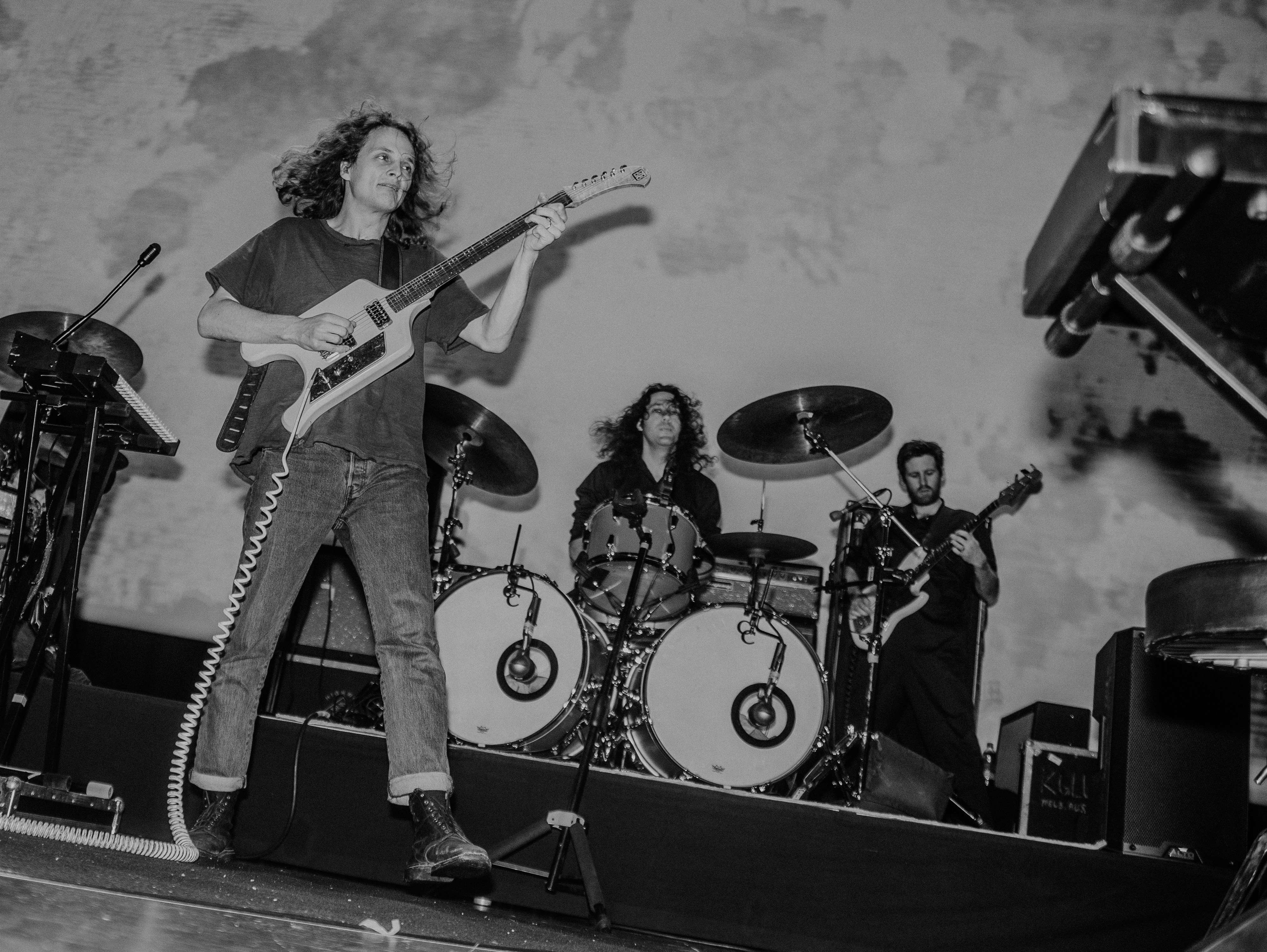 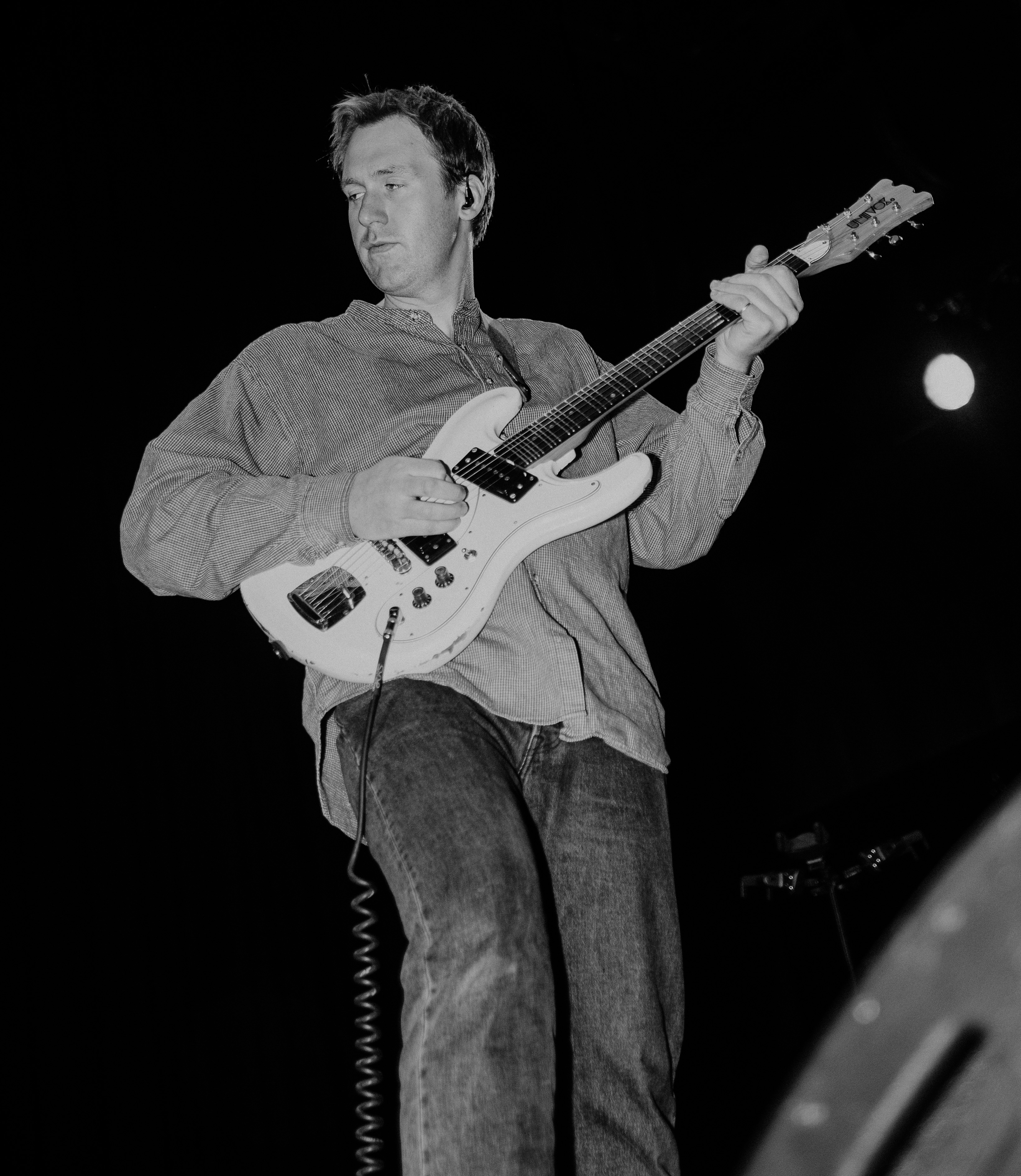 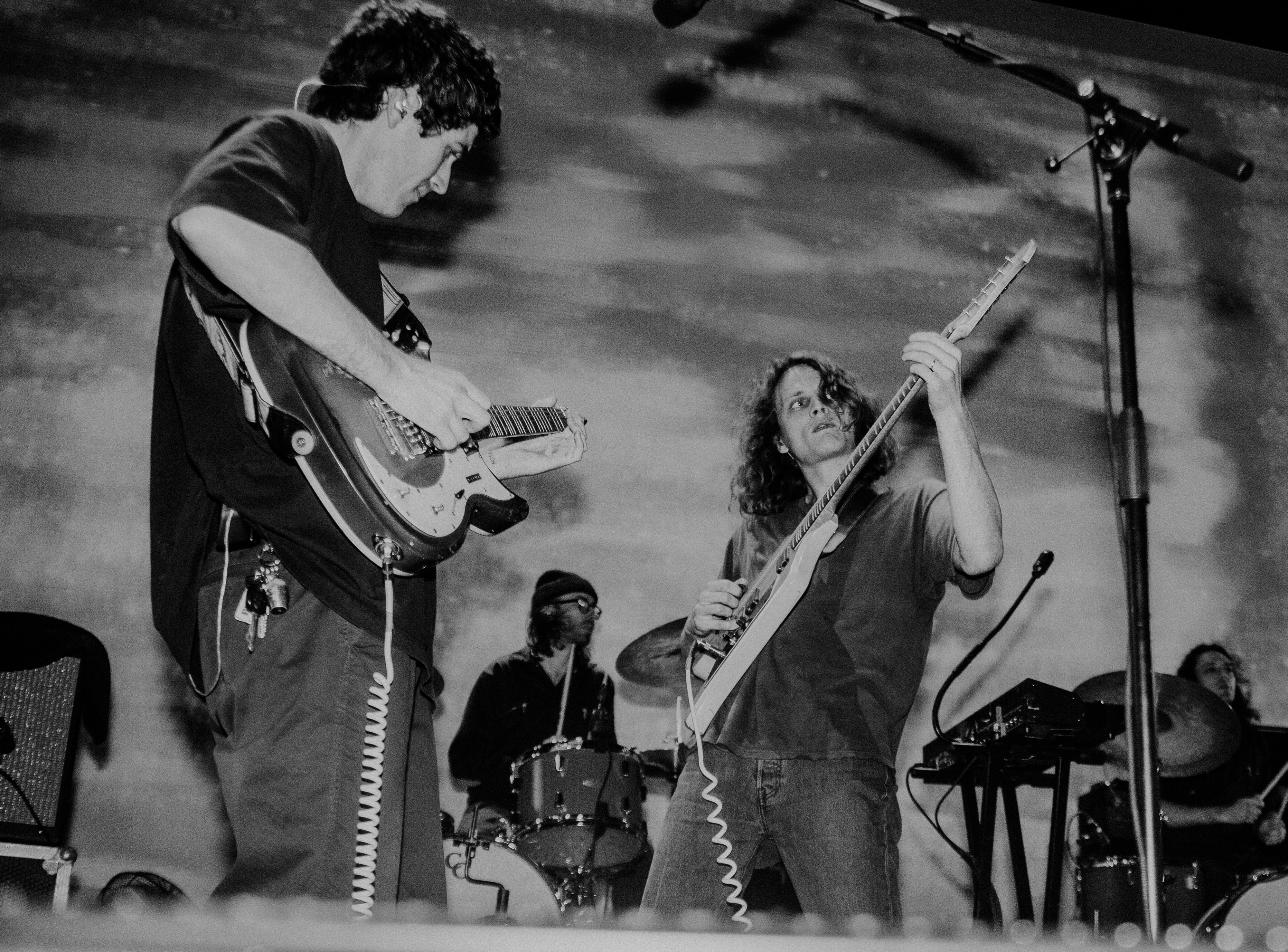 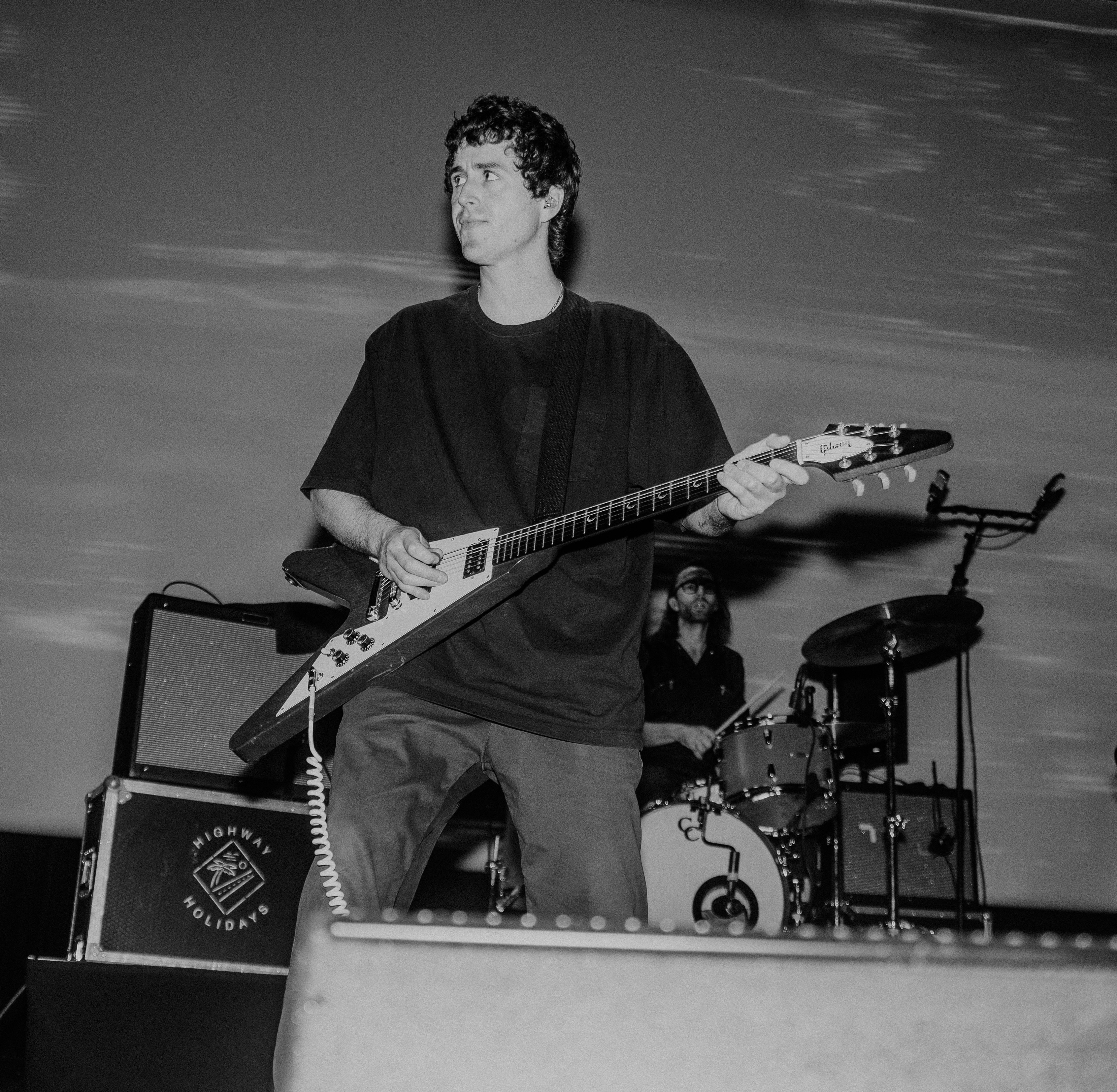 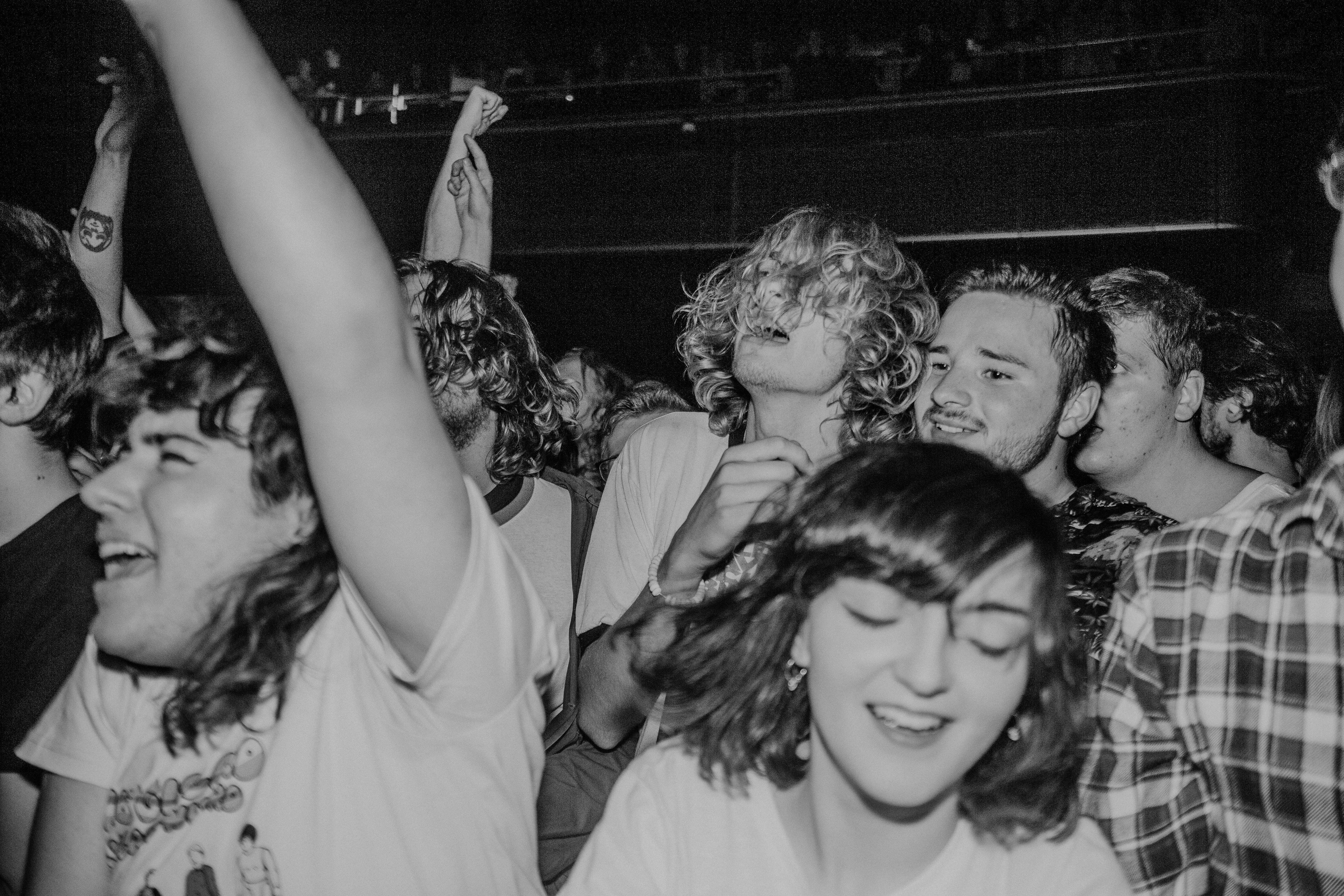 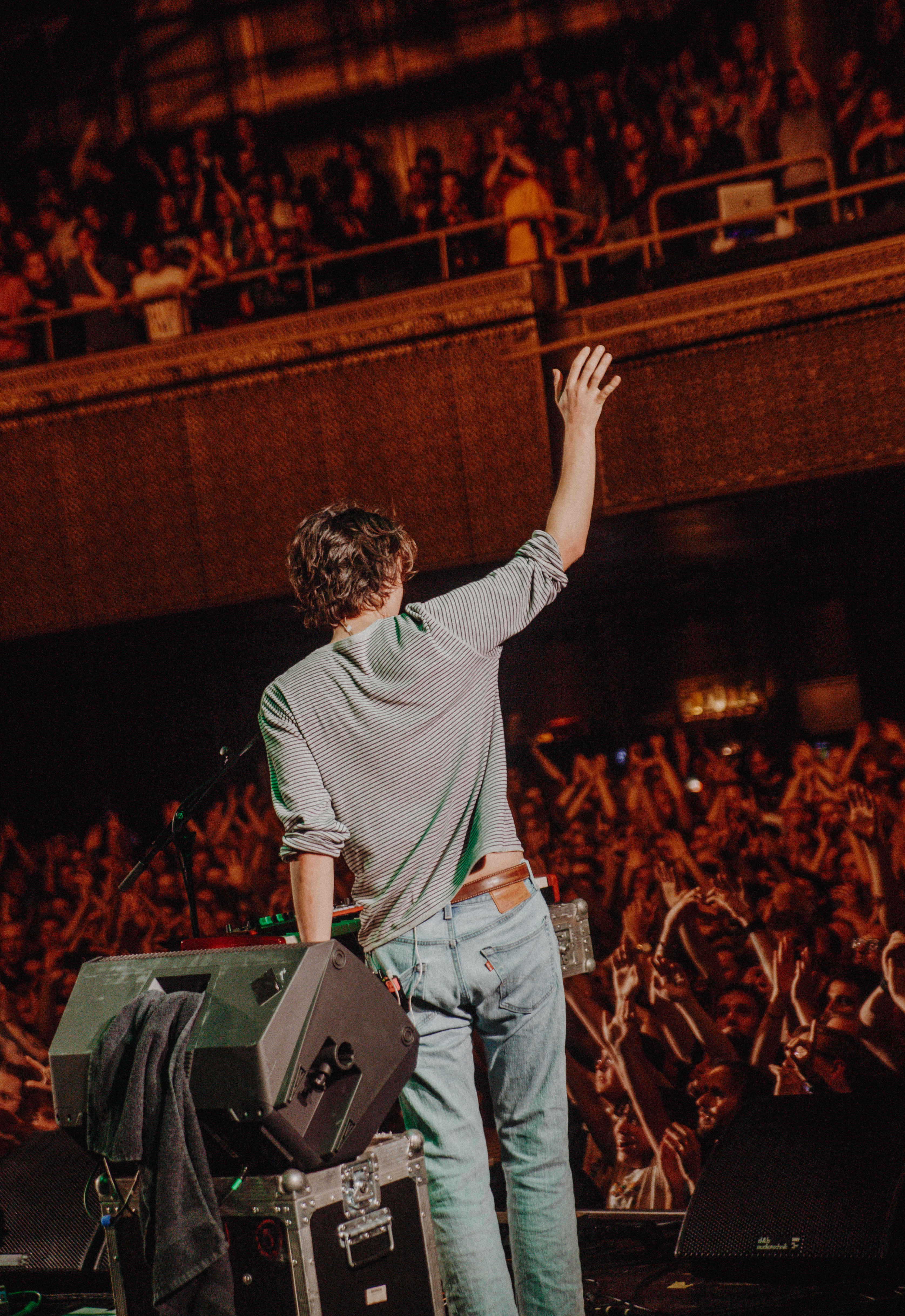 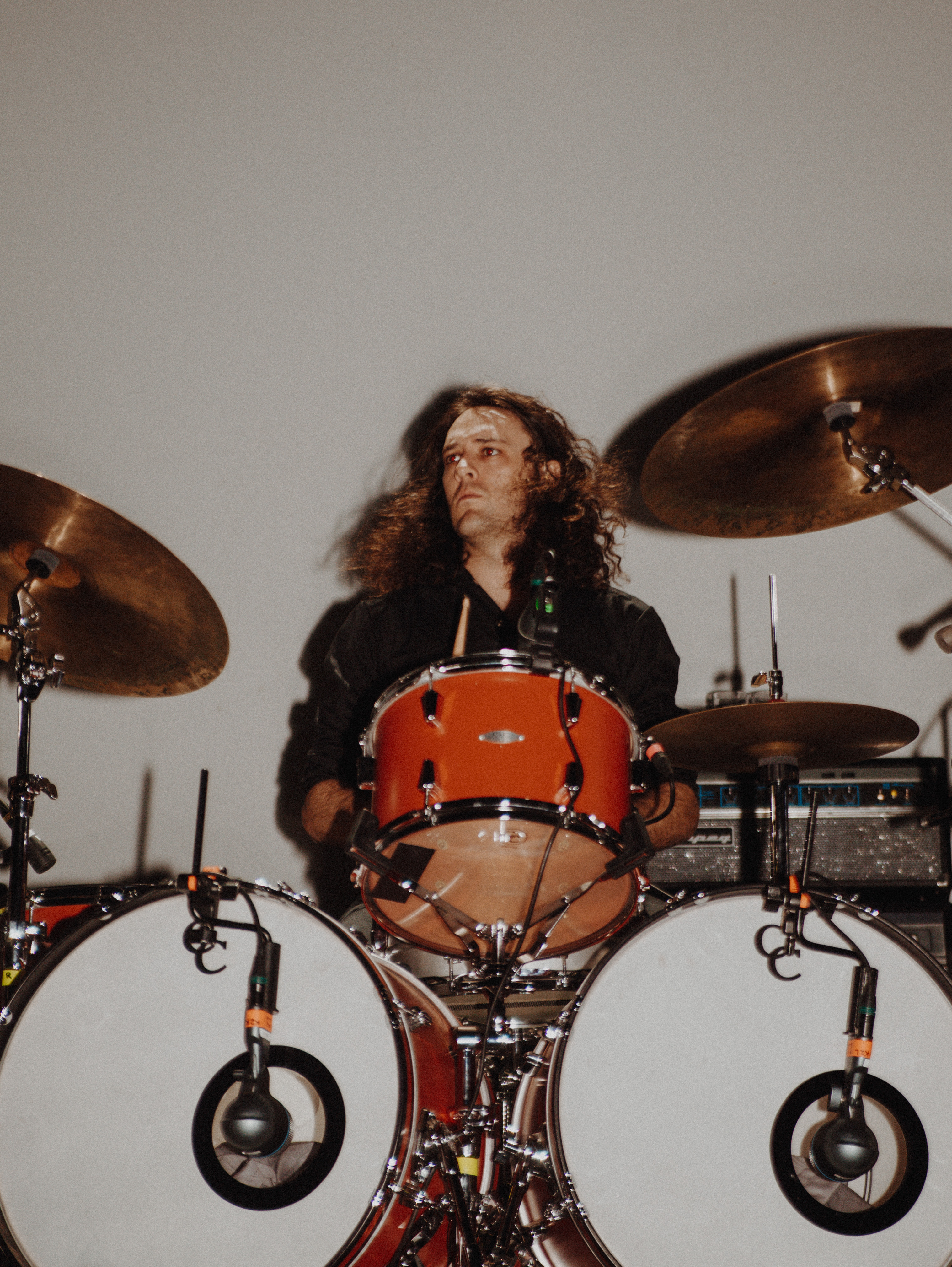 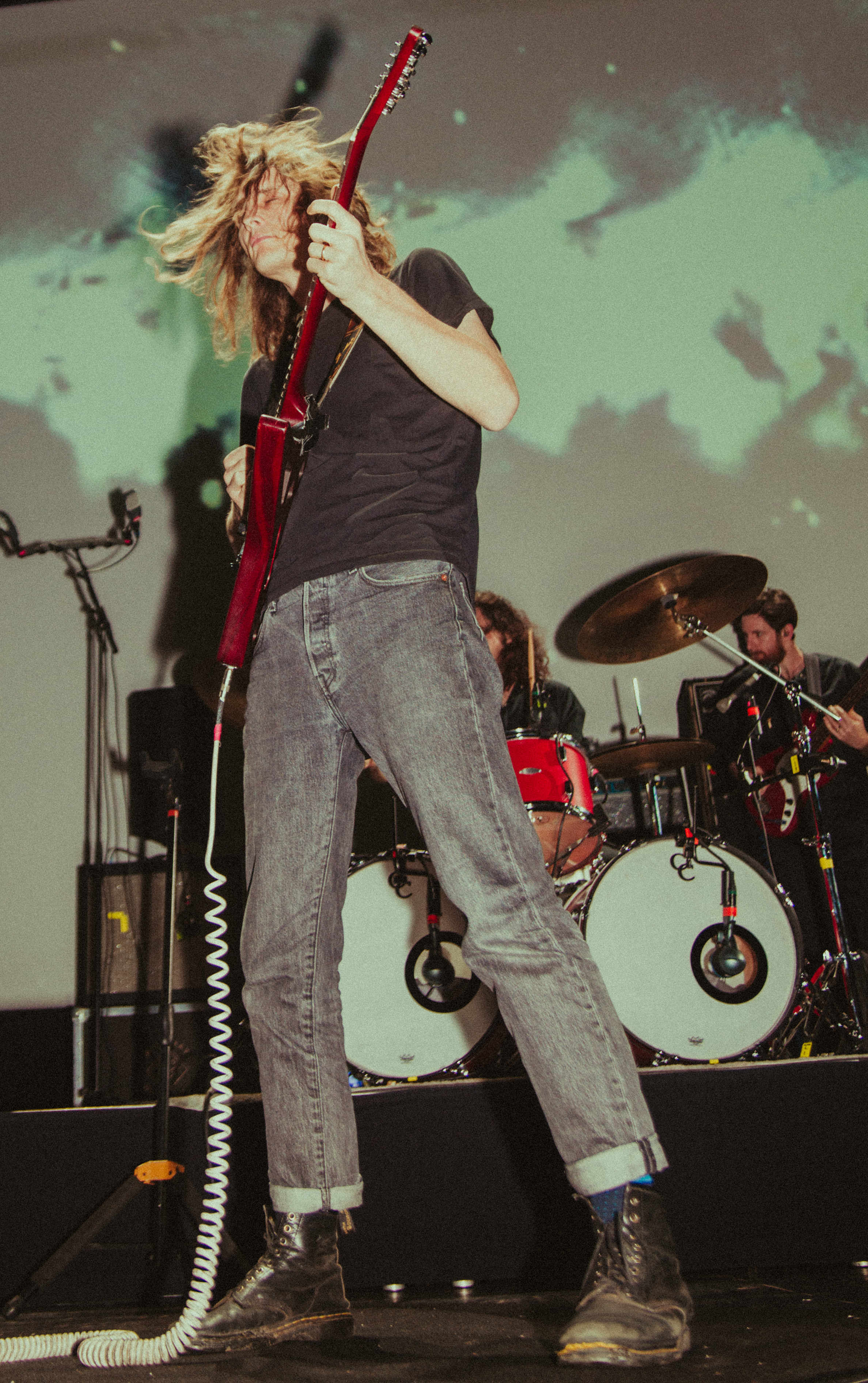 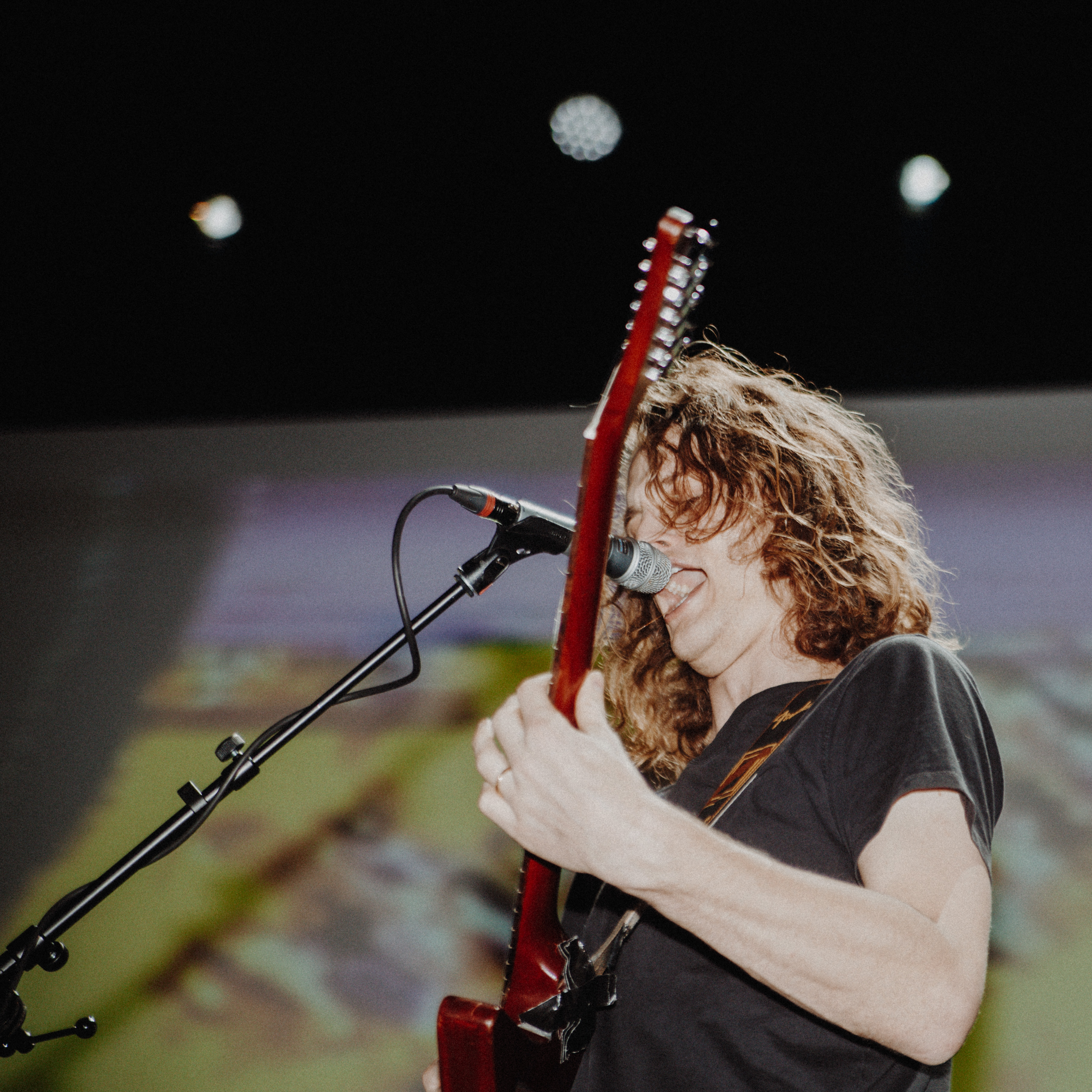 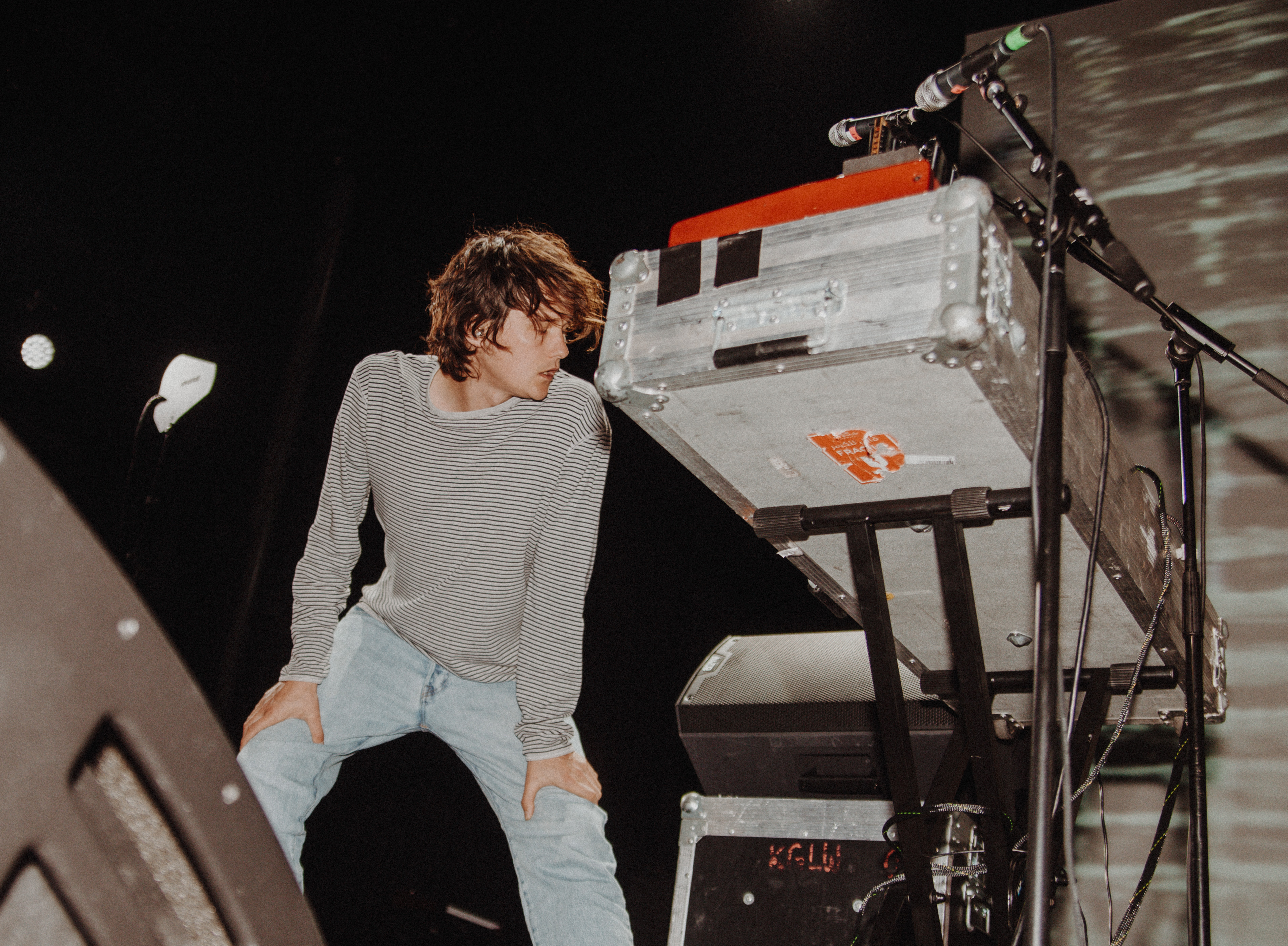 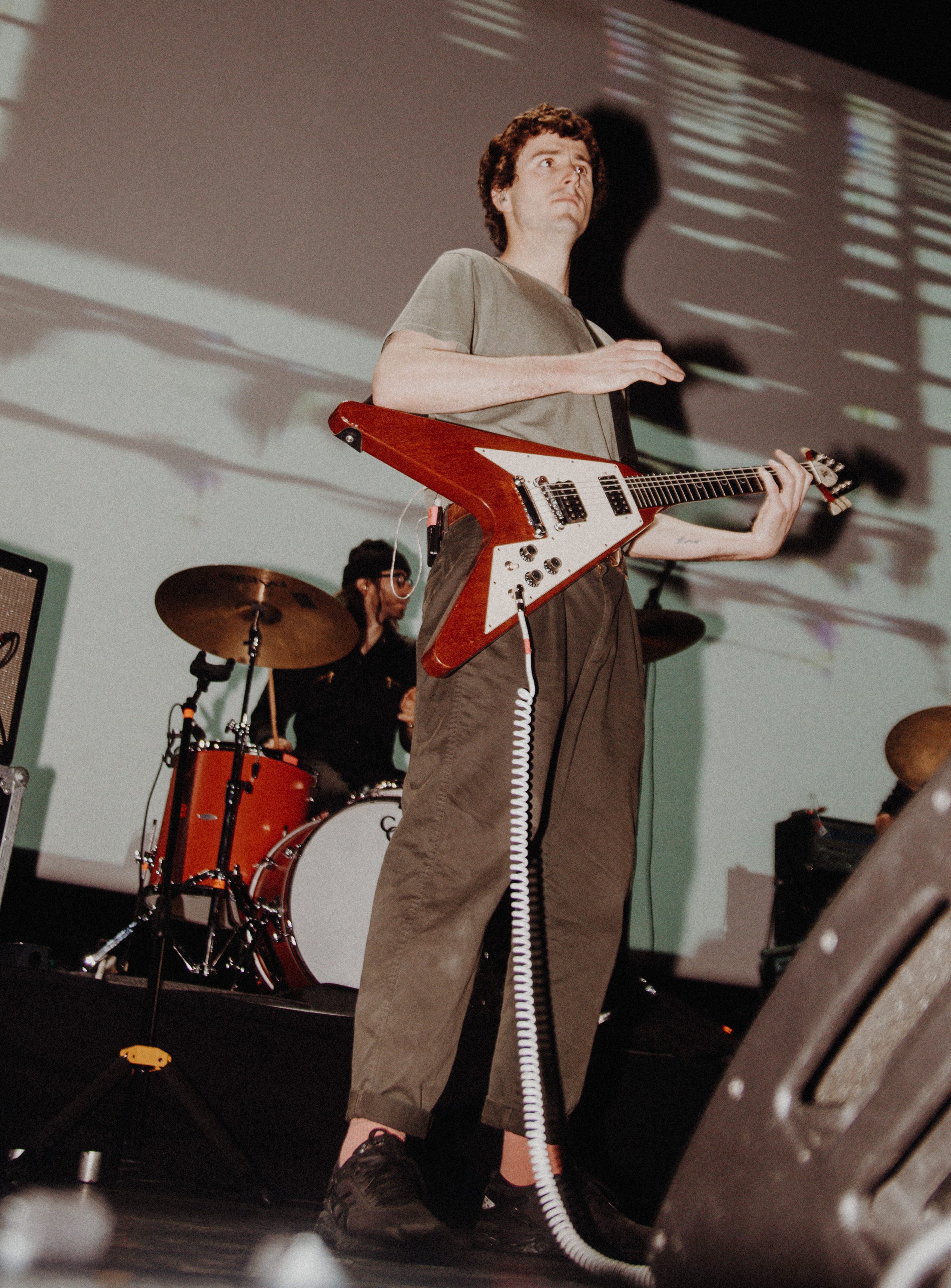 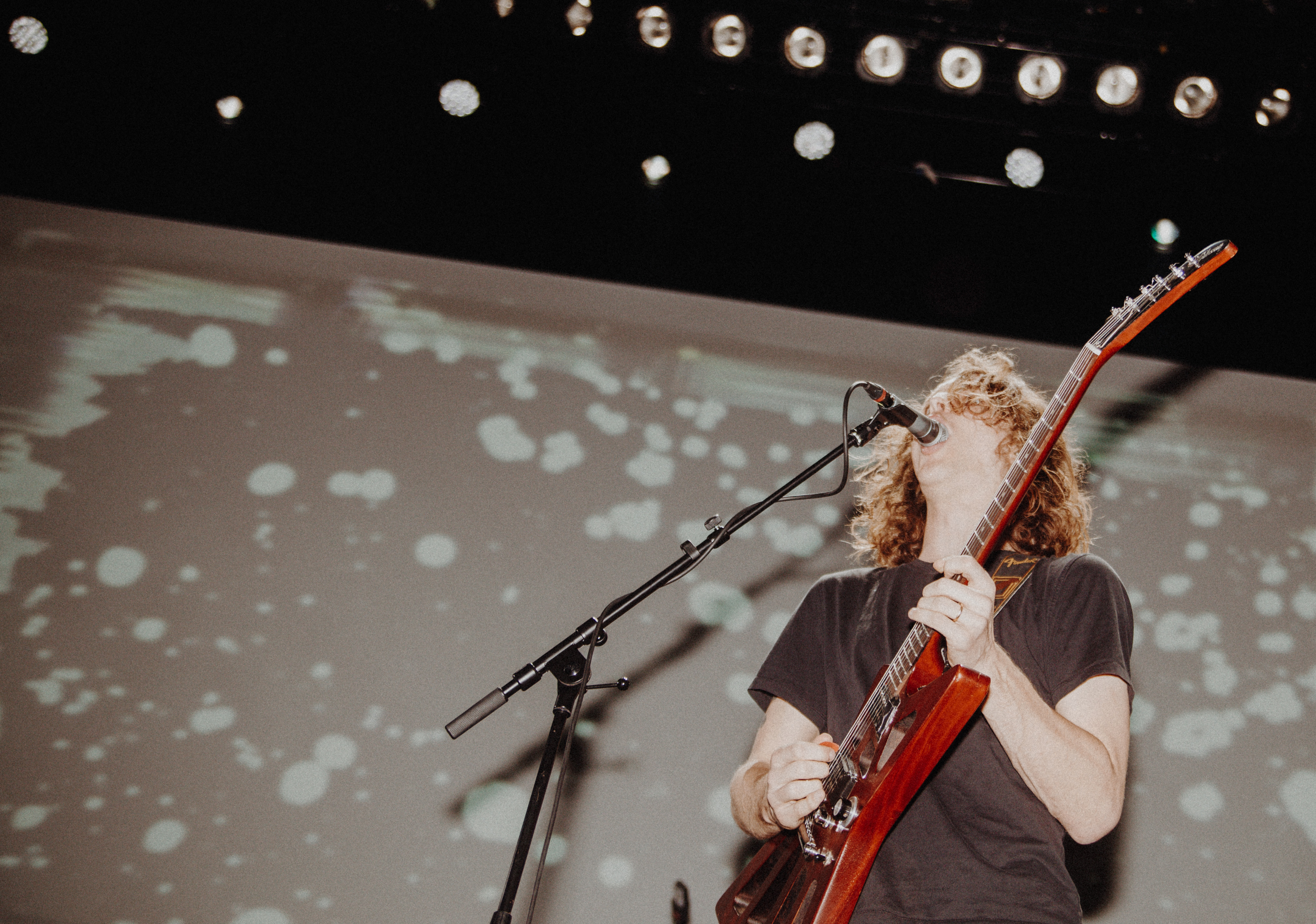