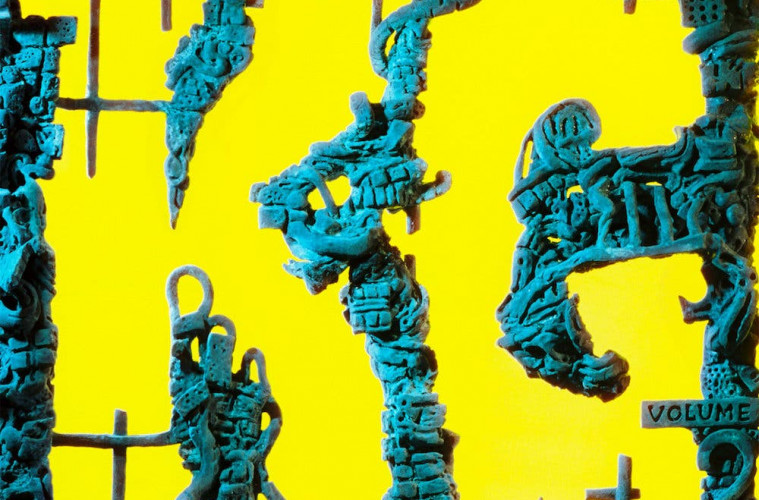 Even when you’re one of the most prolific bands on the planet, keeping things fresh becomes a challenge at some point. King Gizzard & the Lizard Wizard are ten years into their wild journey, one which has fifteen albums, countless bootlegs and a ton of live releases to its name. From jangly garage and psychedelia to brazen hard rock and conceptual masterpieces (and via a manic melting pot of whatever else), Stu Mackenzie and co. are no strangers to reinventing their own wheel. New album K.G. – their sixteenth – is no different, taking tricks the six-piece learnt on 2017’s groundbreaking Flying Microtonal Banana (which explored microtones, aka the notes between the notes) and applying them to a wide range of styles within the world of microtones. The result? One of the band’s most stylistically varied records to date, one which touches upon folk, doom metal, space disco and much more over the course of forty intense minutes.

A gust of wind similar to 2017’s Rattlesnake opens proceedings on K.G.L.W, a short instrumental which centres on mellow guitar lines and essentially sets the tone for King Gizzard’s second dive into the world of microtones. It doesn’t give much away, allowing recent single Automation to kick things up a notch through its gritty guitar lines, ominous lyrics and overall menacing atmosphere. Minimum Brain Size flitters between multiple time signatures and rhythms, placing heavy emphasis on groove-based percussive elements and slicing guitar lines. “It’s pathetic, though. You’re weaker than you know” sings guitarist Joey Walker as the track gradually builds up in intensity and power, employing harsher percussive elements and swirling synths while Walker’s voice slowly fades into obscurity. He’s always had a quirky way with words, rhyming “feed the crow” and “well endowed” in the opening verse. As you do.

Ambrose Smith is at the reigns on minimalist cut Straws in the Wind, a 5-minute acoustic folk jam which strips King Gizzard down to its barest elements. Acoustic guitar? Check. Sparse percussion? Check. Harmonica? Check. It trudges along for the first couple of minutes, before everything slowly intertwines and eventually melts into the frantic Some Of Us. This is the musical equivalent of entering a portal to another galaxy, with Cook Craig’s obscure lyrics (“Rigor mortis fossil tortoise / Remains dormant underneath everything“), eerie flourishes of harmonica and rhythmically off-putting piano lines fuelling a chaotic spiral. Its transition into the frenzied Ontology – an album highlight – is second to none, aided by a warped bass line. The larger than life track is an intricate mix of desert rock and classic Gizzard-style microtonal jamming. The verses are densely packed and layered, with Mackenzie questioning the meaning of life itself (“how many levels of ontology? What is the point of it?”). There isn’t much of a chorus to be found, instead making room for grand instrumental passages which feature rolling drums and epic harmonica outbursts. These sudden bursts of energy feel like a musical release from Ontology’s dense verses, both of which are brushed aside when a fuzzed-out and hyperactive instrumental jam enters the frame. It destroys everything in its path, leaving no stone unturned in its quest for microtonal madness/magic (make your own choice on release day).

Bona fide disco anthem Intrasport is the strongest track on K.G., serving as the funkiest piece of music the band have put out to date. It most certainly takes its cues from modern contemporaries Altin Gün, who have proven to be masters of Anatolian funk in recent years. “Don’t take it personally, my hands are disappearing” declares Joey Walker during the chorus, accompanied by siren-like synths and a four-to-the-floor beat which will get you on the dancefloor from the word go. “I used to dream of killing certain people” he adds later on, and although the delivery is haunting, you can’t help but continue dancing. Move over, Cyboogie. Oddlife completes a trio of intense and sprawling tracks, with Mackenzie and Smith exchanging vocal duties throughout as the latter almost finds himself rapping. “It’s an odd life till you get it right” he repeats towards the end, his vocals underpinned by a mix of jarring percussion and pulsating rhythms akin to Melting (from Flying Microtonal Banana). Although there are clear similarities between the microtonal explorations on K.G. and its 2017 predecessor, this album takes all of these elements and chucks them into an acid-infused blender. Ontology, Intrasport and Oddlife serve as the perfect example of this, comprising of intricately crafted layers which take multiple listens to pick apart and make sense of. As passages of music go, these three tracks are perhaps some of the band’s best to date.

Penultimate track Honey serves as K.G.’s lead single, having come out way back in July. It’s a relatively straightforward slice of twinkling acoustic folk underpinned by slightly groovy rhythms. It works well as a somewhat wholesome stopgap between the mad trio of songs which came before it and cataclysmic album closer The Hungry Wolf of Fate, which sees the band head back into sludge and doom metal territory. Much like 2017’s The Great Chain of Being, The Hungry Wolf of Fate is slow, crushing and brutal. It’s the musical equivalent of a nuclear reactor on the verge of explosion, complete with wah-wah guitars, speaker-destroying bass and enough fuzz to rattle your brain for days. It’s a murderous ending to the record, its crushing finale serving as the grand explosion. And just like that – with no warning – a gust of wind similar to opener K.G.L.W. brings the album to a close.

There are common threads which connect all of King Gizzard’s releases musically and conceptually, but at the end of the day what makes the band so thrilling is their ability to constantly try new things without losing even a hint of their identity. A King Gizzard & the Lizard Wizard album will always be a King Gizzard & the Lizard Wizard album, no matter which sonic territory they explore. K.G. is no different, despite its wild nosedives into all sorts of different styles. It might not be the ultimate King Gizzard album, but (with perhaps the exception of 2017’s Gumboot Soup) it’s definitely their most varied.